(La Porte County, IN) - A miniature church, made from scratch with moving parts, will be featured during a special event outside La Porte next month.  The annual Night at the Giese Church is scheduled December 17 at the La Porte County Historical Society Museum on U.S. 35 just outside the southern edge of the city limits.  The two hour program begins at 6 p.m.

“Come on down to see this amazing church that has been a holiday tradition in La Porte for decades and learn the history behind it!,” said Savannah Jackson, Assistant Director of the La Porte County Historical Society Museum.  Admission is by donation.  Hot cocoa and cookies will be provided.

Otto Giese made a pact with God to do something special if he made it back home from World War II, according to local historians.  He worked with craftsmen and corporate heads locally to design and build the life-like church with mechanical parishioners, including mothers and their babies, in every pew. 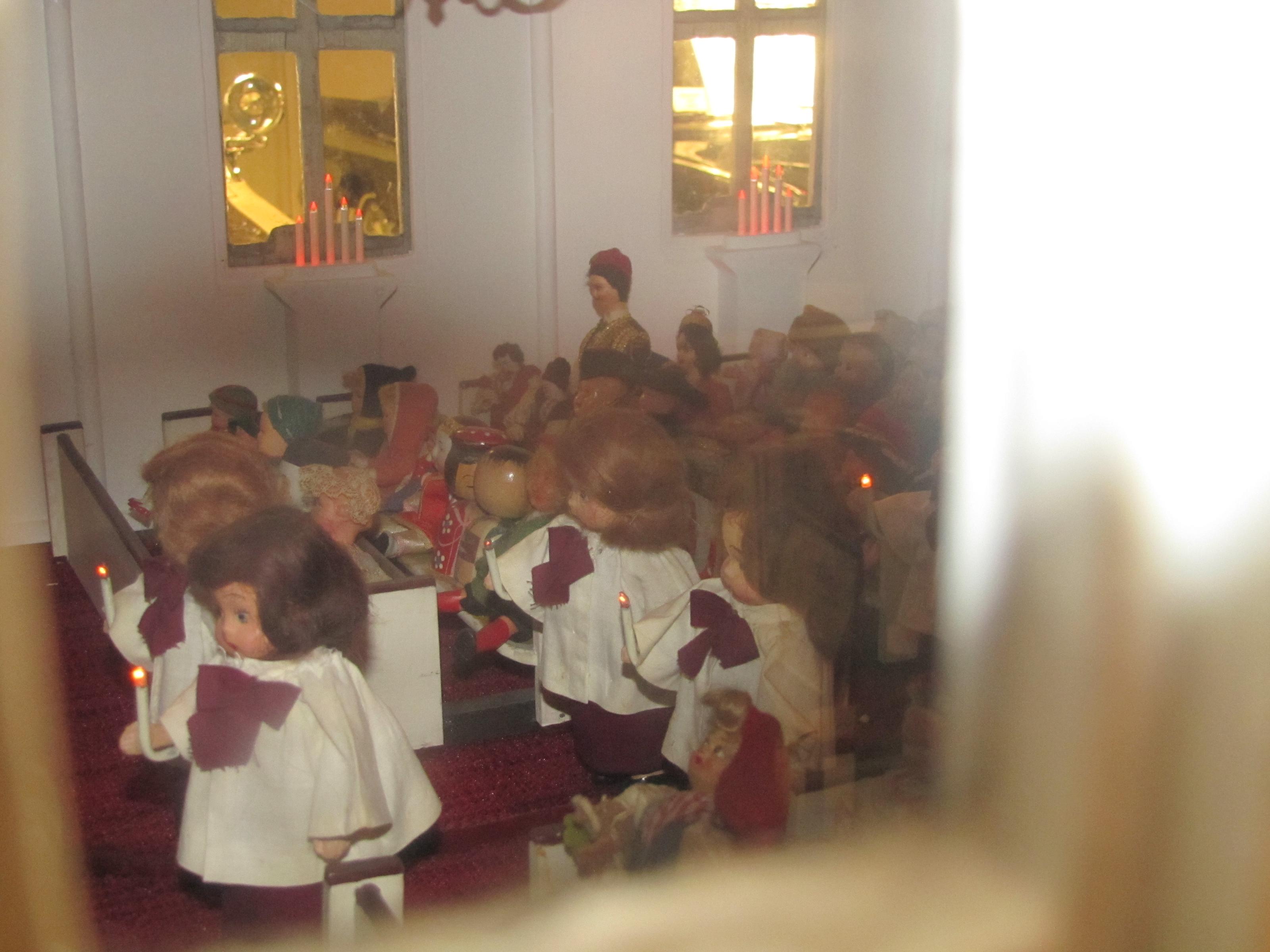 by recordings of Christmas songs performed in churches like ‘’Heaven and Nature Sing’’ and ‘’Joy to the World.”  28 wooden choir members powered by a conveyor and holding lighted candles make their way down the aisle.

Next, a minister made of wood comes out from behind the altar with a recorded message about the true meaning of the season before kneeling in front of an image of the last supper.

After retiring in 1978, Giese donated the 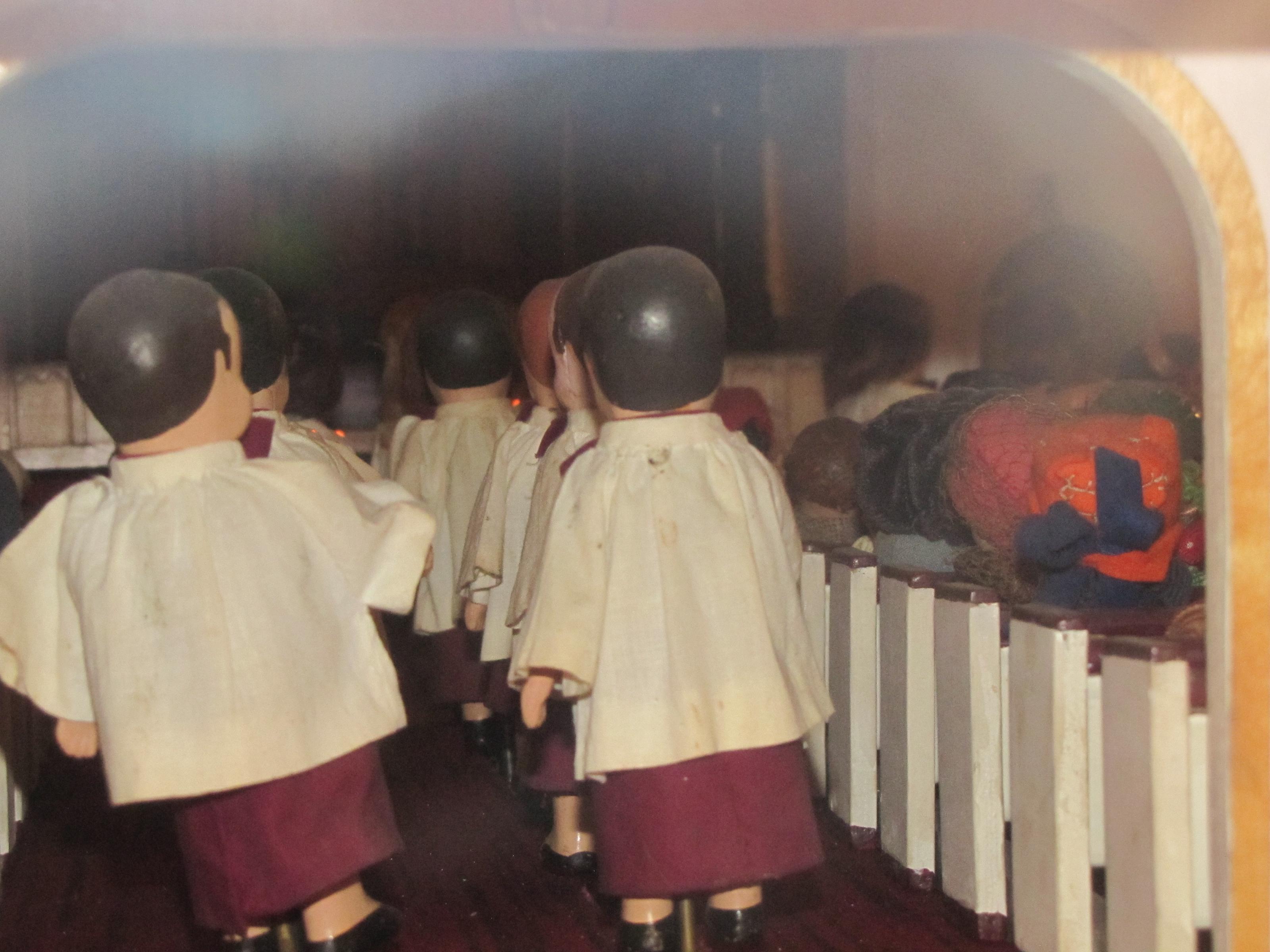 church to the museum where it’s been out for the public to see ever since.  Giese was 90 when he died in 2002.

Since a 1994 restoration, much of the church is powered by computer so there’s fewer parts and less maintenance.