(La Porte, IN) - One thousand free turkeys were given away Monday in Michigan City and La Porte.  The frozen turkeys from the Food Bank of Northern Indiana were passed out by Citizens Concerned for the Homeless with help from members of the Michigan City based organization and volunteers.

People inside 50 or more vehicles were waiting at each site when the drive-thru event began at 9 a.m. at Marquette Mall and 12:30 p.m. at the LaPorte County Fairgrounds.  All of the turkeys had been given out when the two hour giveaway was over at both locations.

Dyana Karaff of La Porte said she was not able to 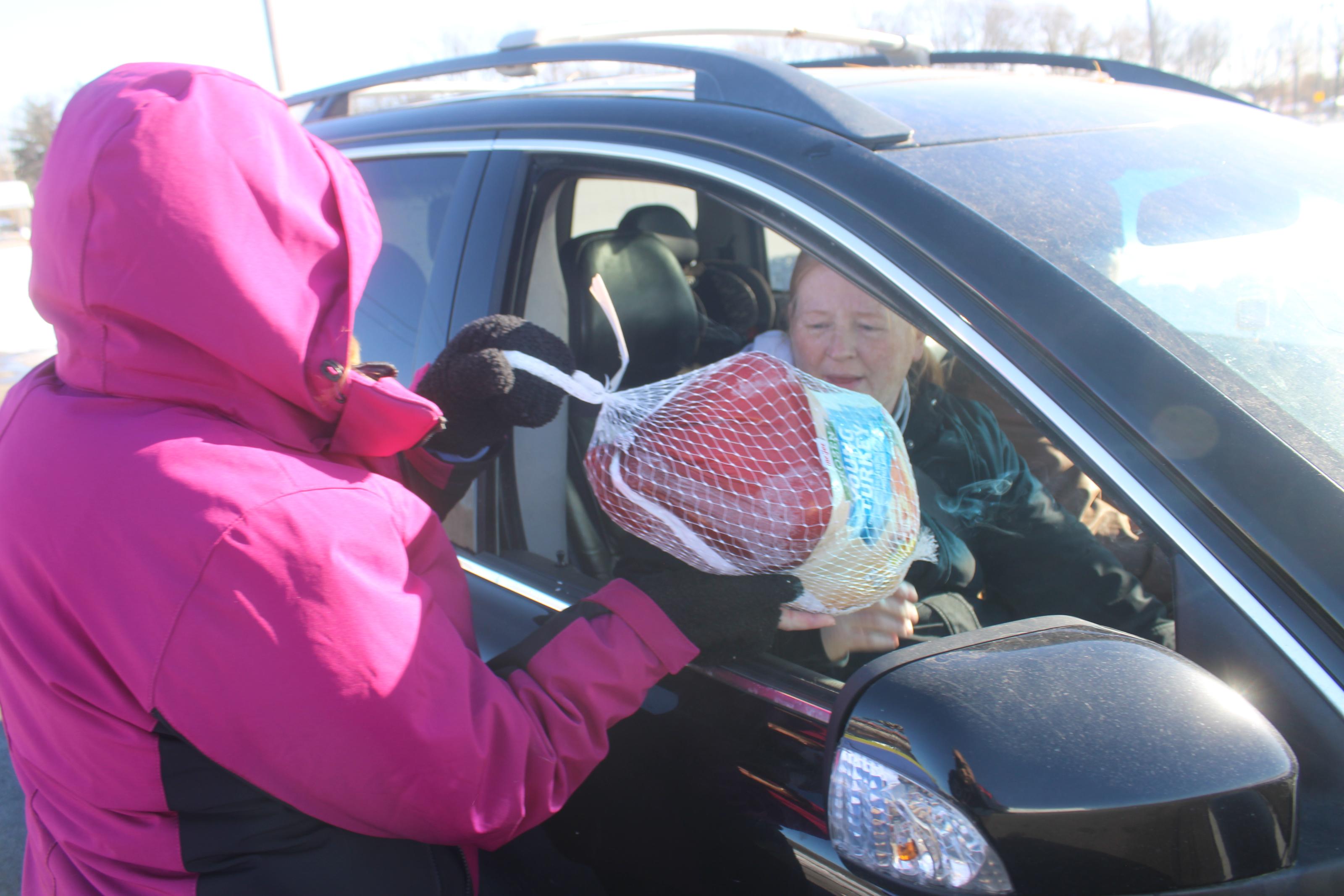 afford a turkey for Thanksgiving this year.  Karaff said she was already struggling to meet her monthly expenses on a fixed income before inflation skyrocketed.  “It’s killing us,” she said.

Penny Peterson, also of La Porte, said her monthly budget is strained from her husband being unable to work since recently having surgery.  Peterson wasn’t sure if her family’s Thanksgiving would have included a turkey on the dinner table if not for the free bird. 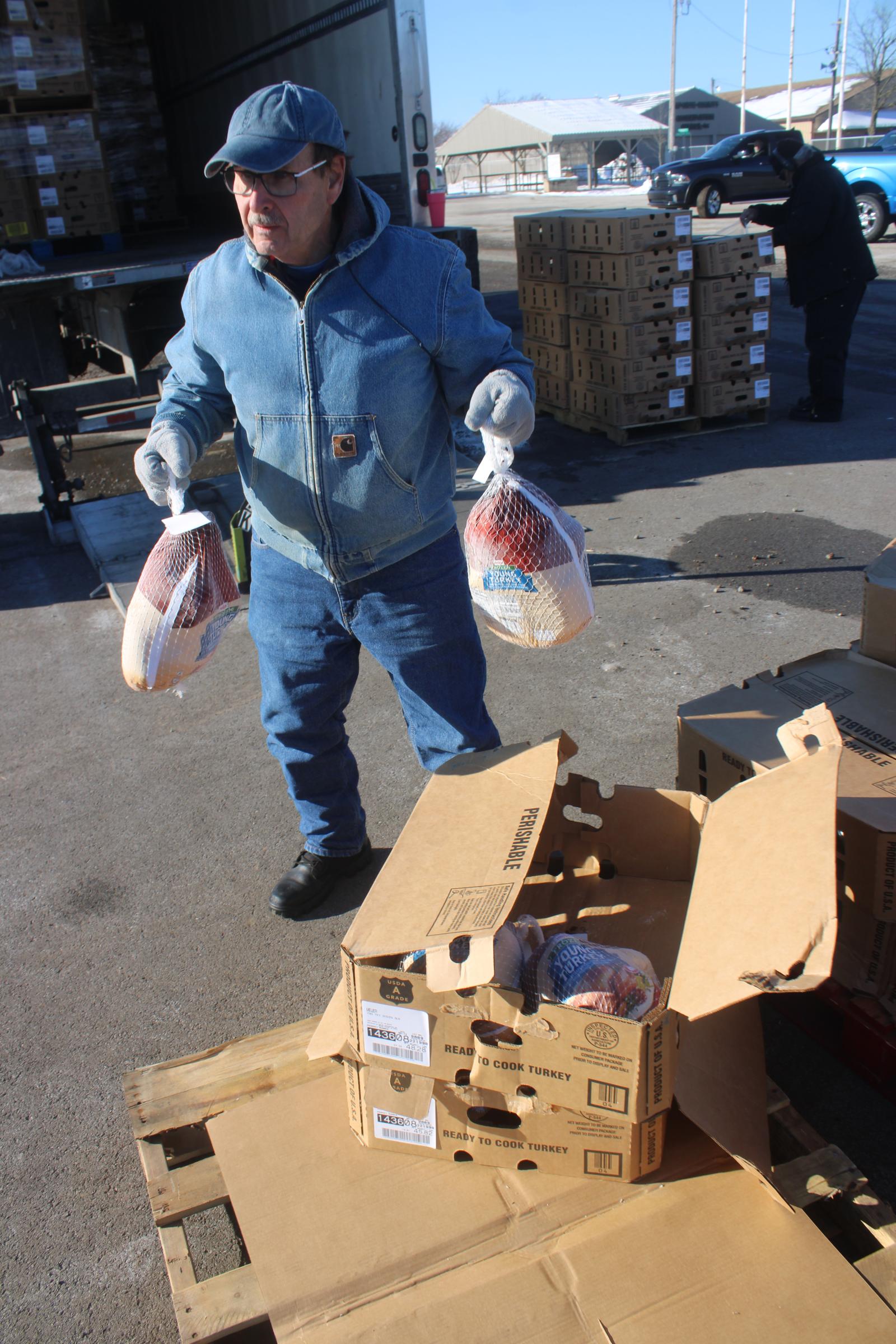 about 300 turkeys were handed out in the first hour at La Porte where people began showing up at 11 a.m.  The vehicles were allowed through the gates early to keep them from backing up onto the shoulder of Indiana 2.

“We had them wrapped all the way around the fairgrounds,” she said.

Rosebaum said the waiting vehicles in Michigan City stretched for about as long as a football field or more across the mall parking lot to St. John Road.

“The traffic was a big thing this morning because people got here so early,” said Bruce Stransky, a volunteer who helped direct traffic and unload turkeys from the back of a truck.

Sandra Mitchell of Michigan City passed out turkeys after responding to an advertisement seeking volunteers for the event.

Jim Musial, Executive Director of CCH, said the response was a reflection of the financial hardship caused by inflation in a county where the percentage of people living at or close to the poverty line is high.  He said lingering struggles from loss of employment during the pandemic was another reason for the demand.

“You know what the prices are at the grocery store.  People are struggling,” he said.

CCH, which has run other community food giveaways, focuses mostly on serving the needs of the homeless.  The group provides a facility for homeless people to store their belongings, take a shower and get something to eat while on the streets.

Other help is offered by the group in areas like upgrading job skills, finding employment and permanent housing.