Fortunately, authorities said nobody was inside when about one-third of the front of the structure came down at about 9 p.m. in the 700 block of Lincolnway, a block east of the historic courthouse.

No injuries were reported to anyone who might have been passing by when the structure came down, said La Porte Fire Chief Andy Snyder.

After the collapse, Snyder said there were bricks from the exterior of the building laying across the eastbound lanes and partially into the westbound lanes of the four-lane highway, also known as Indiana 2.

Engineers and other construction experts combed through the rubble and what was left of the building to determine the cause. 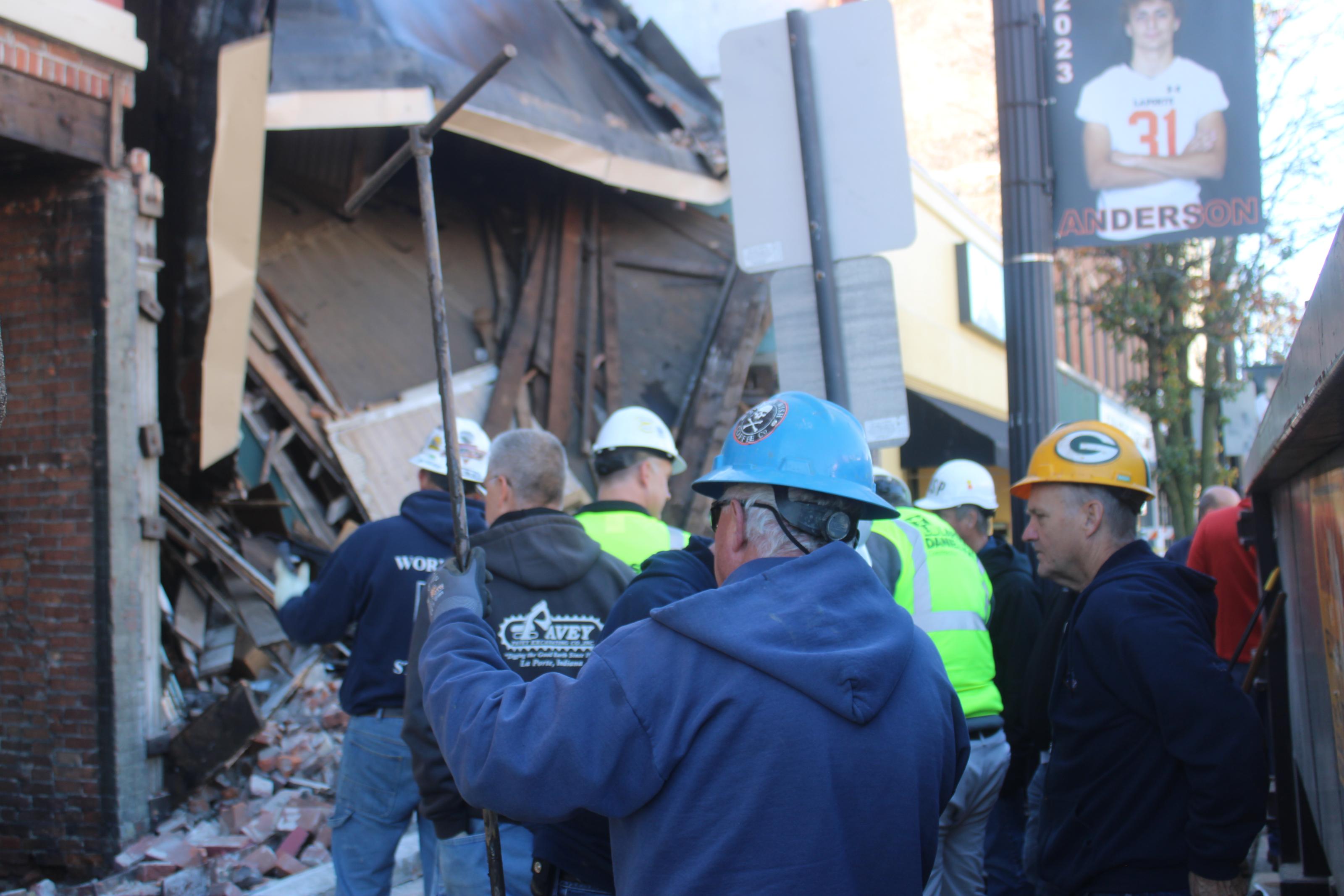 "There's definitely some different possibilities, but right now, we don't have anything conclusive," Snyder said.

La Porte City Engineer Nick Minich said efforts were also being made to shore up the remaining portion of the structure to prevent further collapse.

"We're making sure everything is safe," Minich said. 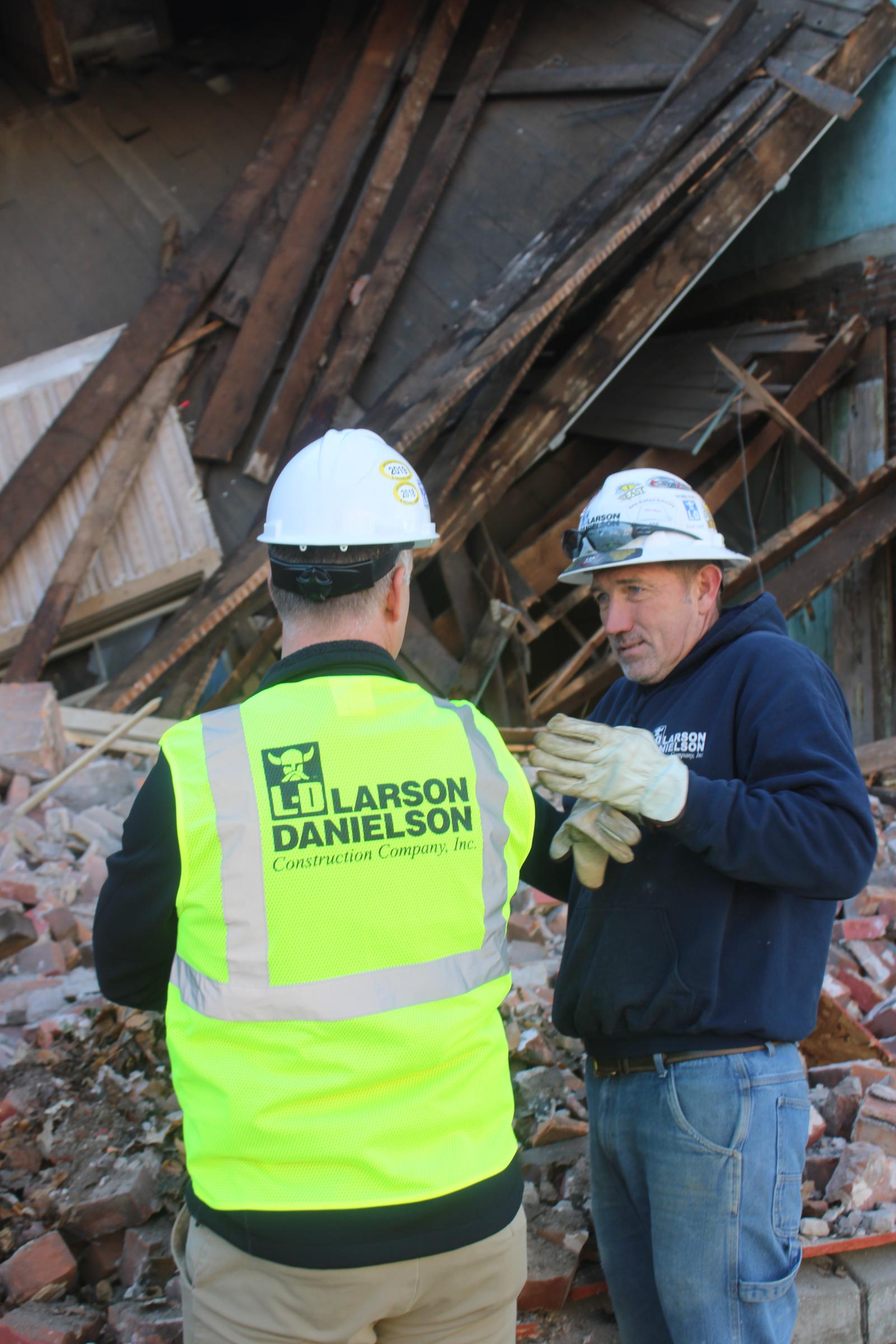 Minich said the owner was remodeling the structure to offer retail space on the main level and apartments on the upper floors. He said the work before the collapse was strictly "cosmetic non-structural repairs."

Specifically, Minich said windows were being taken out to be replaced, and some façade work was also planned.

Initially, Minich said the 1800s structure was one of three separate buildings later combined into one space years ago.

The front portion of two of the original structures is what collapsed.

Minich said no support beams or other weight-bearing parts of the structure had been removed during the remodeling, but "something shifted that wasn't anticipated" likely led to the collapse. He also said enough of the building is probably left for it to be rebuilt. 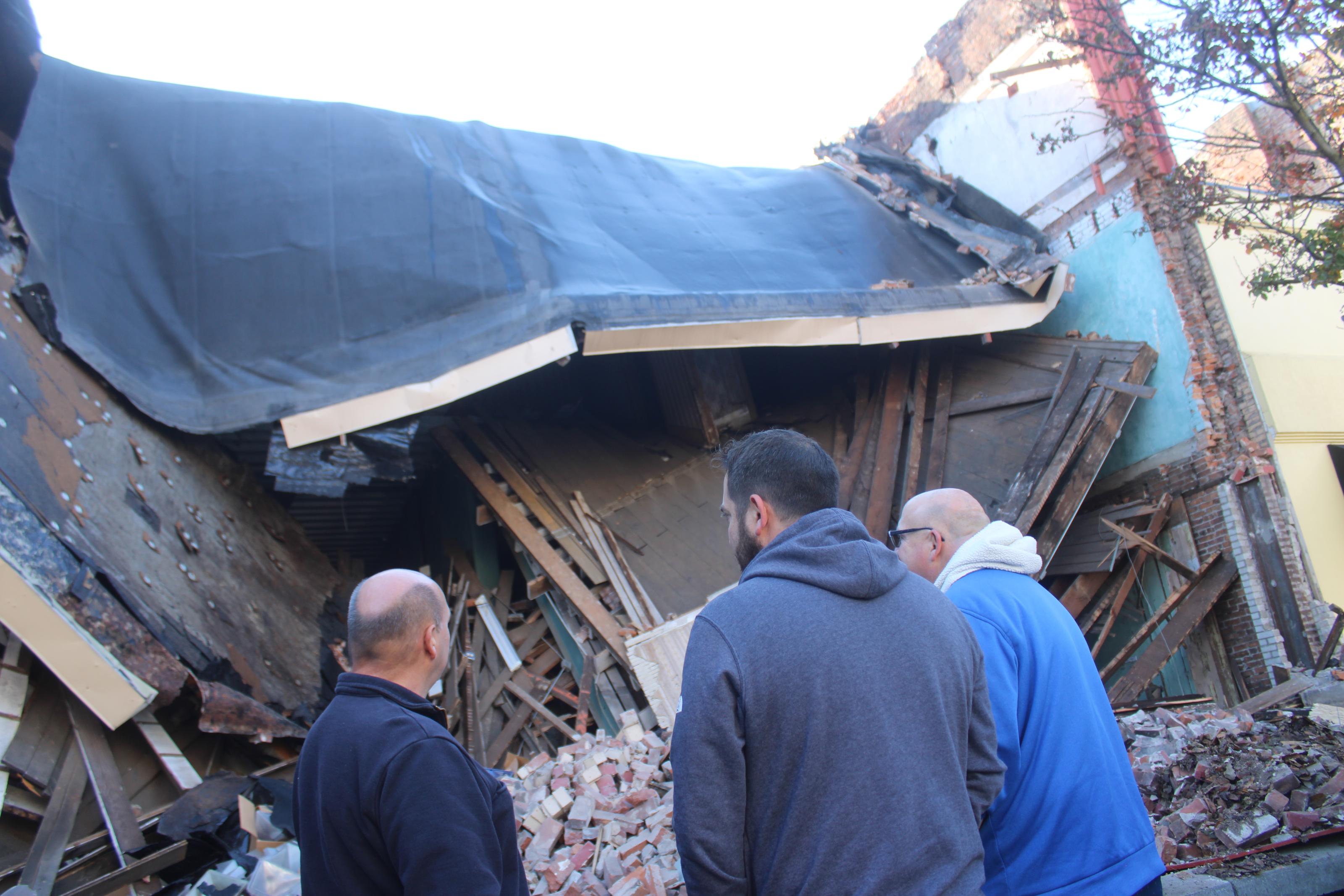 The building used to be home to Lowe's, a once popular clothing store during what was then a bustling downtown.

Angie Baugher of La Porte said she was a regular customer purchasing clothing for her late husband, Don, and herself 40 years or more ago.

She said the sight of the once landmark building was now hard to believe.

"There go the memories," Baugher said.