Head Coach Matt Johnson said the defense was the most significant factor in the outcome by keeping Bangor from moving the ball much on offense and forcing turnovers resulting in touchdowns.

“Between special teams and defense, they were probably responsible for half of our scores,” he said.

The first touchdown for the Raiders was set up by a fumble recovery from junior Ryder Wolnik, who gained about 30 yards on the return.

Senior Eli Thomas, on a quarterback keeper, quickly took the ball 28 yards into the end zone.

The Raiders, who started their next series of downs in excellent field position, needed just a few plays before a 10-yard touchdown run by Wolnik. 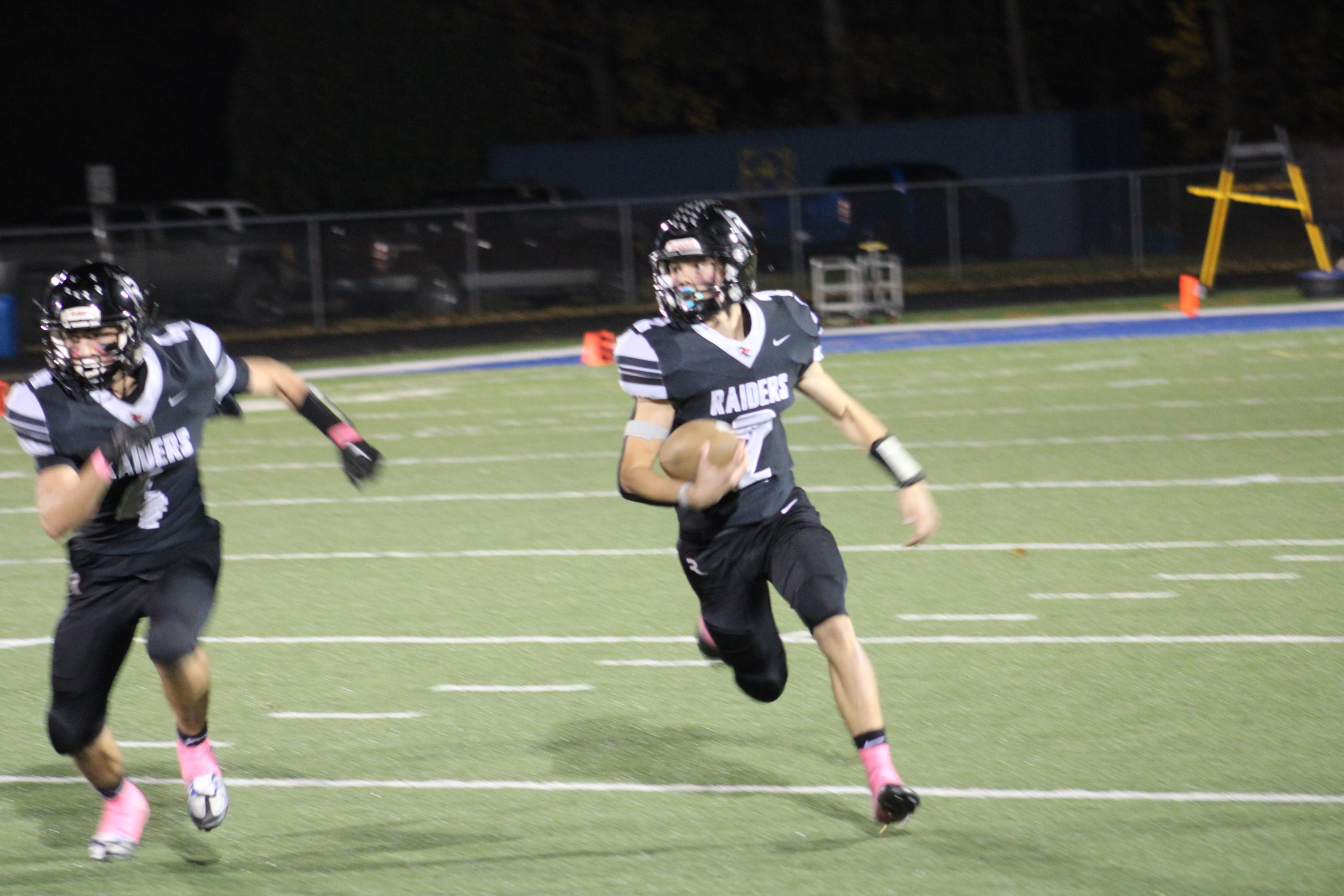 Later, Bangor was backed up close to their end zone when their punter appeared to kick the ball off the side of his foot.

Junior Payton Lijewski caught the 10-yard punt and ran 12 yards for a touchdown.

The final score of the first half was from a 50-yard touchdown pass to Wolnik, who caught the ball in mid-stride and took it the rest of the way into the end zone.

The Raiders, consisting of players from New Buffalo and River Valley high schools, improved noticeably after blowout losses to Fennville and Bridgman in their first two games.

Much of the improvement was from several athletic players, who hadn’t taken part in much-organized football in the past, learning how to play the game and young returning players like Payton Lijewski on defense and quarterback Ethan Lijewski coming into their own.

Fairchild and other major impact players such as Thomas, Josh Seifert, and Cadden Krieger are being lost to graduation.

However, the team has a solid core of returning starters like Wolnik, Pierce, the Lijewskis, and Cameron Forker, a solid 6’3,” 300-pound lineman on offense and defense.

“The cupboard is not going to be bare at all. We’re excited for what we have coming back,” Johnson said.