At about 7:30 a.m., firefighters were called to the New Jerusalem Church of God In Christ at Meadowbrook Boulevard and Drummond Road. Smoke was spotted coming from the roof.

Kingsford Heights Fire Chief Justin Francis said the fire seemed confined to the attic where it apparently started. Francis said what caused the fire was unknown, but some electrical issue was a strong possibility.

“It went through the attic and pretty much followed the wiring all of the way through,” Francis said.

Firefighters were still there two hours later, punching holes in the ceiling to ensure the flames were fully extinguished and cleaning up debris such as burned insulation and ceiling pieces.

Church member Frank Evans, 81, of Kingsford Heights, said he helped build the church more than 30 years ago with volunteer labor.

Evans said an electrical issue was suspected after the lights in the hallway recently went out and never came back on. However, he said the problem was not located after examining the electrical system in the basement.

Evans said nobody had been in the attic yet to try and identify what caused the lights to go out.

“We knew we had a problem. We were working on it,” Evans said.

Evans said a funeral at the church for his sister was scheduled for Friday, but the service might have to be postponed until another location for the ceremony is found due to the damage.

Pastor Michael Bush, who has been the church pastor for 13 years, made the drive from his home in South Bend when notified about the fire.

Bush is also the pastor at Impact Ministries in South Bend. His displaced congregation will likely attend services there until the damage is repaired.

“We’ll gather together. Rally together. We’ll just make it happen,” he said. 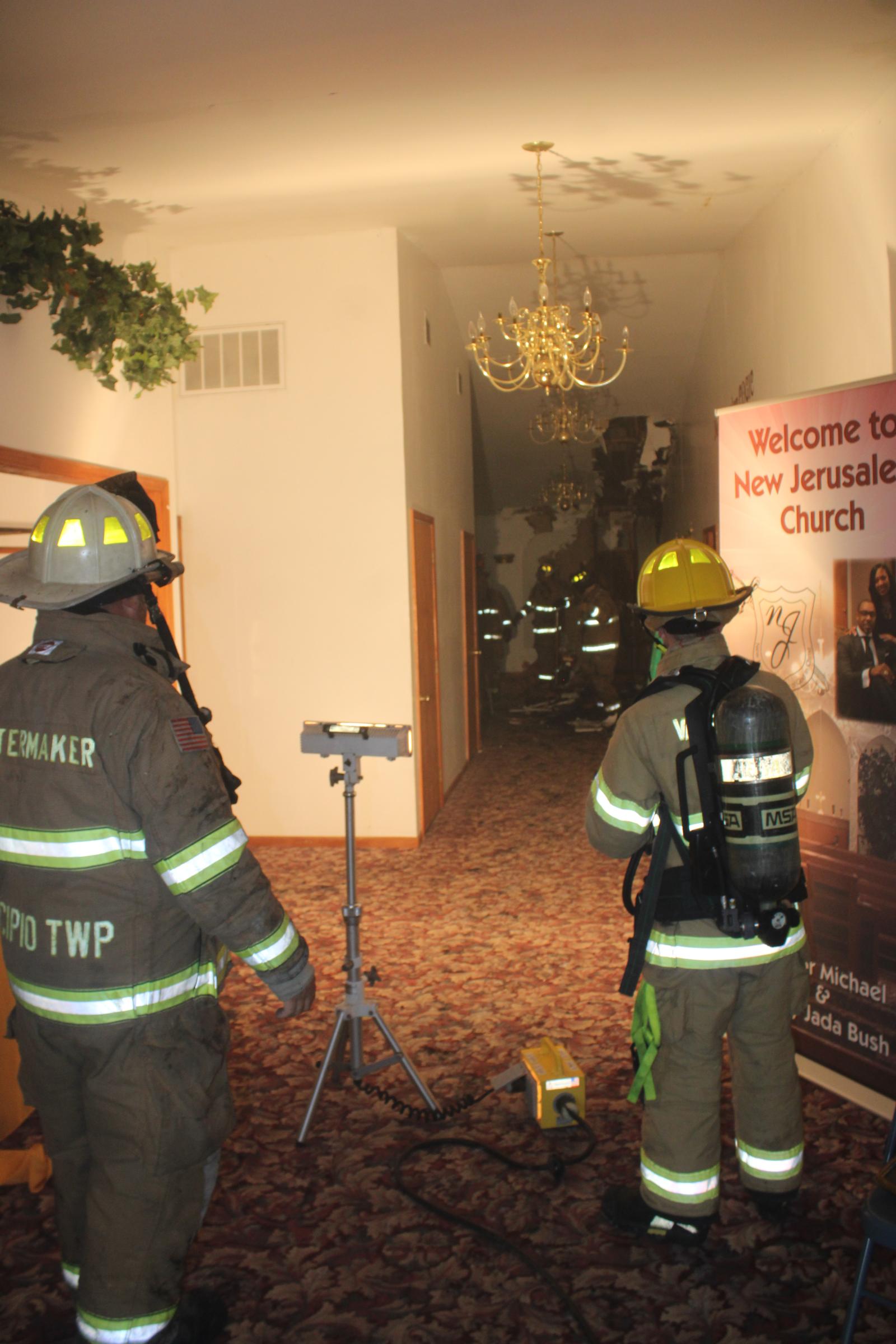 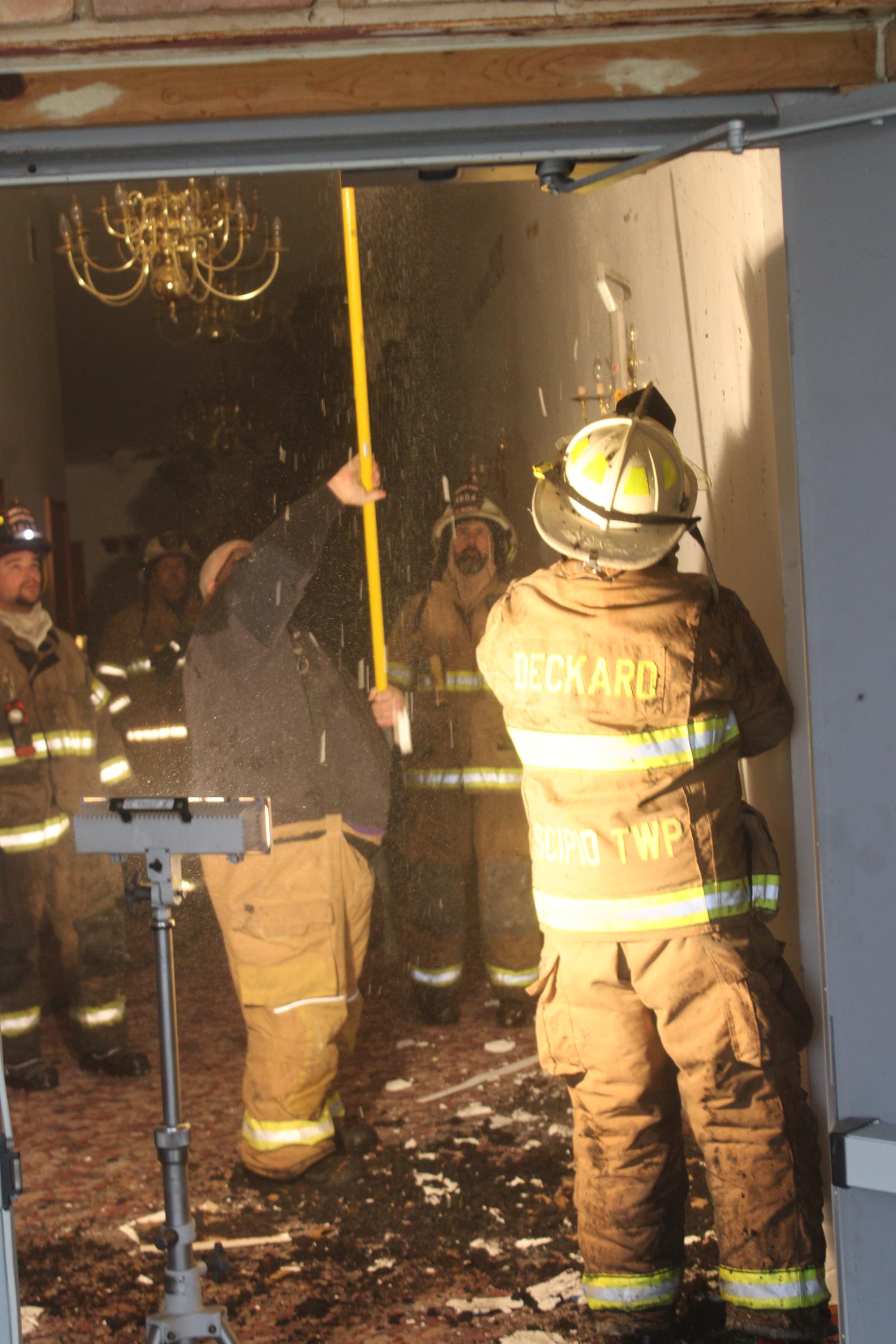