(Michigan City, IN) - Charges are filed against a man accused of breaking into an ATM and taking over $55,000 in cash at Michigan City.

According to court documents, Bunch used a long crowbar to open the machine early on October 9 at First Trust Credit Union at 950 E. U.S. 20. Surveillance footage revealed he inserted a card and used the buttons on the keypad on the right side of the screen each time before prying on the ATM.

Eventually, he managed to open the top portion of the machine and fled in a car with the money, court documents revealed. As a result, the ATM suffered extensive damage and was beyond repair. 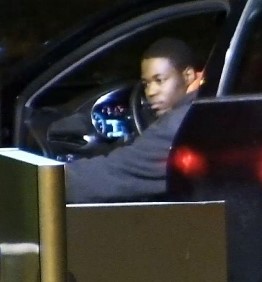 According to court documents, the video images helped identify the suspect, who resided at Canterbury Apartments at 2510 Chickadee Dr., just outside the city limits.

After obtaining a search warrant for the residence, officers went there and located Bunch along with $24,880 in a shoe box in the home, police said. Another $1,524 was found inside a Louis Vuitton purse in the bedroom.

The rest of the money, or at least a portion of it, appears to have been spent on new furnishings like televisions, kitchen appliances, a sofa, a high-top table and chairs, Playstation, a dresser, nightstands, and headboard for a king size bed, court documents revealed.

The former Hammond man was booked into the La Porte County jail on October 12 and was still held on a $30,000 bond. He could face an up to seven-year sentence if convicted on both charges.