(La Porte County, IN) - The La Porte County Democrat Party is attempting to tar and feather Republican La Porte County Auditor Tim Stabosz over his recent protest at a candidates’ forum. However, Stabosz claims the facts are being twisted by Democrats hoping to gain at the ballot box.

Stabosz carried a sign at the forum hosted this week by the La Porte County League of Women Voters.  The sign read, “shame on the LaPorte LWV for trashing its nonpartisan heritage.”

“Now, this single man in his 50s thinks he knows best for the women of this county, what choices they should have with their bodies in consultation with their doctor. Outrageous!” he said. 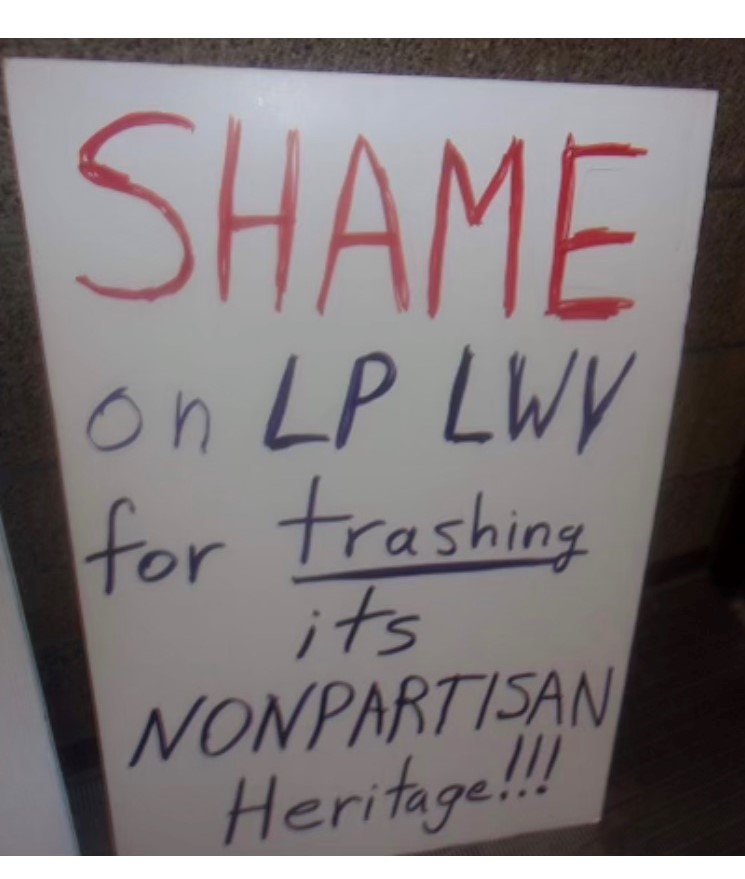 However, Stabosz said his one-person protest was not about abortion, and his sign proves it.

He said the purpose was about the LWV coming out in support of abortion after taking positions publicly on other political issues in recent years when the organization used to be more neutral on issues.

Stabosz said the once nonpartisan league used to educate the public about the candidates and voter participation.

However, he said the league has increasingly been taking sides on issues, and their positions lean more toward what’s favored by the Democratic Party. As a result, Stabosz said it’s becoming difficult for some Republican candidates to want to attend LWV forums out of fear questioning will be geared toward making them look bad.

However, calling the LWV nonpartisan, Campbell had a different view of Stabosz’s intentions.

“Make no mistake. Choice is on the ballot locally. Democrats are fighting to protect a woman’s right to choose. Republicans like Tim Stabosz are working to strip away those rights,” Campbell said.

Stabosz said what he told Ruddell had nothing to do with personal feelings about a woman’s right to choose. Instead, Stabosz said his message to her was taking a stance on another issue was “one more nail in the coffin for the league’s impartiality.”

Stabosz also noted his position on abortion is moderate.