(Michigan City, IN) - Fires destroying two houses in Michigan City over the weekend are under investigation.

Officials say firefighters were called early Sunday to Ohio Street and then about 15 minutes later to East Homer Street. So far, the fire department has not released any further details. 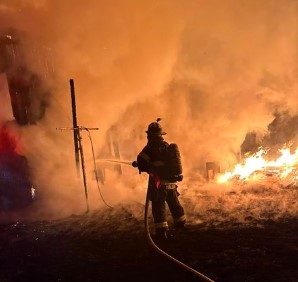