(Michigan City, IN) - A vehicle left a hole in the outside brick wall of Ames Field in Michigan City last night. The crash happened during a high-speed chase.

So far, police have not released any details.

Sources say about 100 people were amazed at the damage and concerned about the driver gathering outside the Franklin St. stadium while emergency responders worked the scene.

The collision happened about 30 minutes after a freshman football game at the stadium. 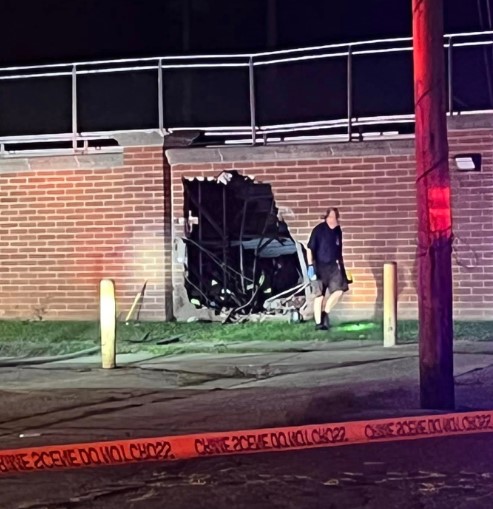