Taylor Haney, a district manager for nine Smoothie King locations in Indiana and Illinois, said various smoothies like a banana boat are offered at the new site.

“If you’re not feeling fruity, we also have chocolate and peanut butter as well,” Haney said.

Protein smoothies are also on the menu for people with such cravings following a workout.

A long line of customers waited for their orders in the drive-through service lane.

Mayor Tom Dermody was among the local dignitaries attending a ribbon cutting today at noon.

Smoothie King was founded in 1973. According to the company, there are about 1,000 Smoothie King locations nationwide and globally. 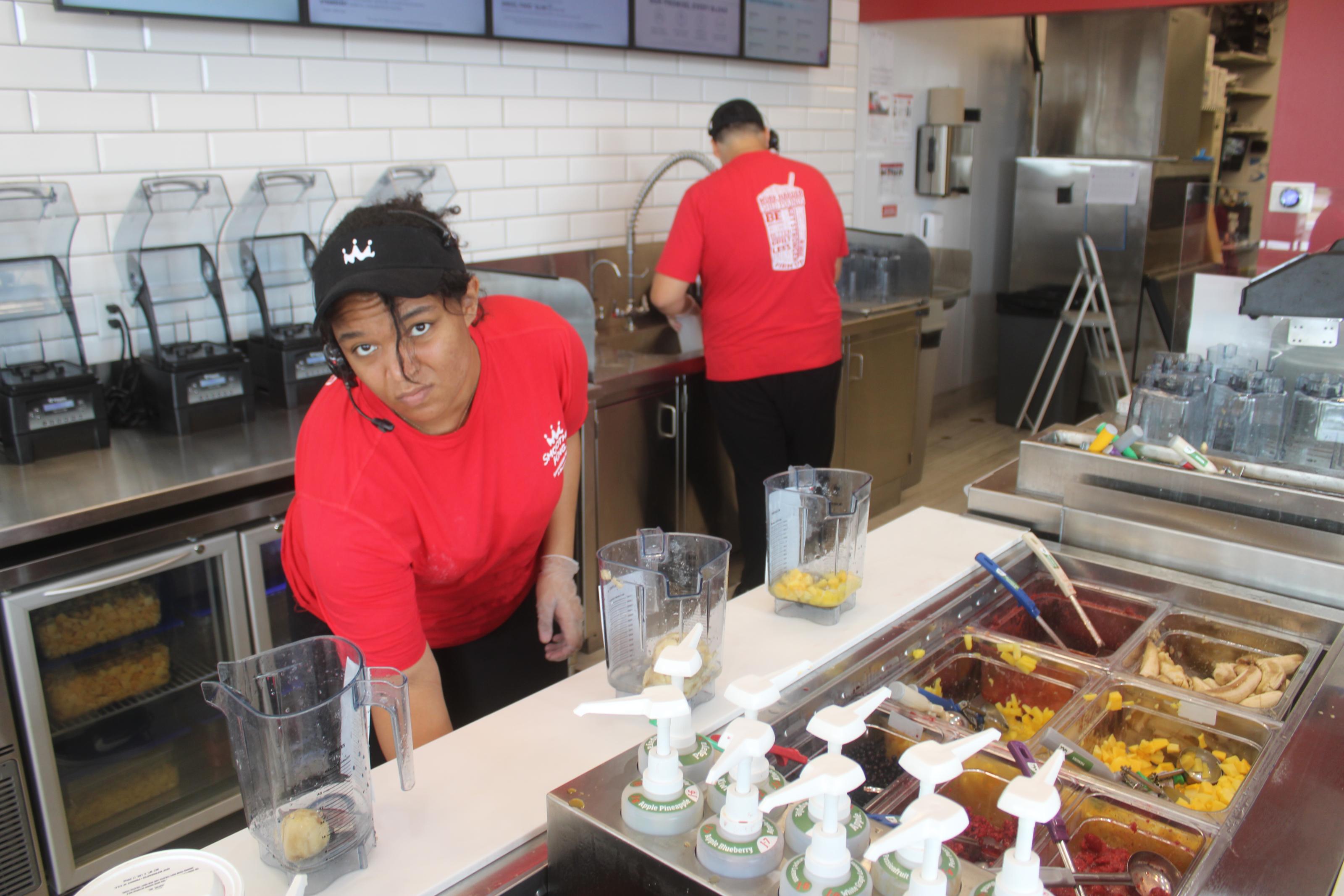