(Valparaiso, IN) - The public was given a glimpse of a wide range of public safety demonstrations during the third annual First Responder Appreciation and Demonstration Day near Valparaiso on Saturday.

Departments throughout Northwest Indiana displayed their skills at the Multi Agency Academic Cooperative, a 20-acre training grounds for police officers, firefighters, and medics from Lake, Porter, LaPorte, and other counties.

"I think it's great," said Megan Wiesjahn of Valparaiso.

The Valparaiso woman and her children, Allie, 7, and Kate, 10, climbed inside a fire truck after first stepping on the property.

Brandy Ensien of Wanatah took pictures of her sons, Chase, 7, and Dillon, 10, wearing a firefighter helmets before moving on to other demonstrations and exhibits.

Several buildings in what's a tactical village are on the grounds to train for house fire rescues and capture suspects as safely as possible with K-9 dogs.

Valparaiso Police Sgt. Joe Cowser was a hit with the crowd from being attacked by Marko, one of the department's K-9 dogs. He wore a suit with thick enough padding to keep his skin from being punctured by the teeth of the charging dog released by Lt. Sean Kostelnik.

The dog biting Cowser multiple times in the drill was later used to help capture a pretend suspect from a makeshift residence after police officers forced their way inside.

Men trained to become firefighters also climbed a ladder to the second floor of a building and stepped inside through a window. The inside of the structure, set up like a house, contained what looked like smoke for them to practice finding people inside and escorting them to safety.

"We'll search the upper level and bring the victim out the window," said Bill Arney, lead instructor for the MAAC Fire Training Academy and Chief of the Burns Harbor Fire Department.

Currently, Arney said there are 25 students from departments throughout the area working toward their certification as firefighters. In addition, Arney and other firefighter instructors at the event are members of District 1 through the U.S. Department of Homeland Security.

The hundreds of people in attendance were also allowed to look inside a medical helicopter and go inside a fire safety house. The mobile fire safety house belonging to the Valparaiso Fire Department is equipped with a smoke alarm. People inside the structure were instructed to get down close to the floor as among the steps to get out when the alarm sounded.

"We describe what to do when the smoke alarm goes off," said Valparaiso firefighter Capt. Bob Schulte. 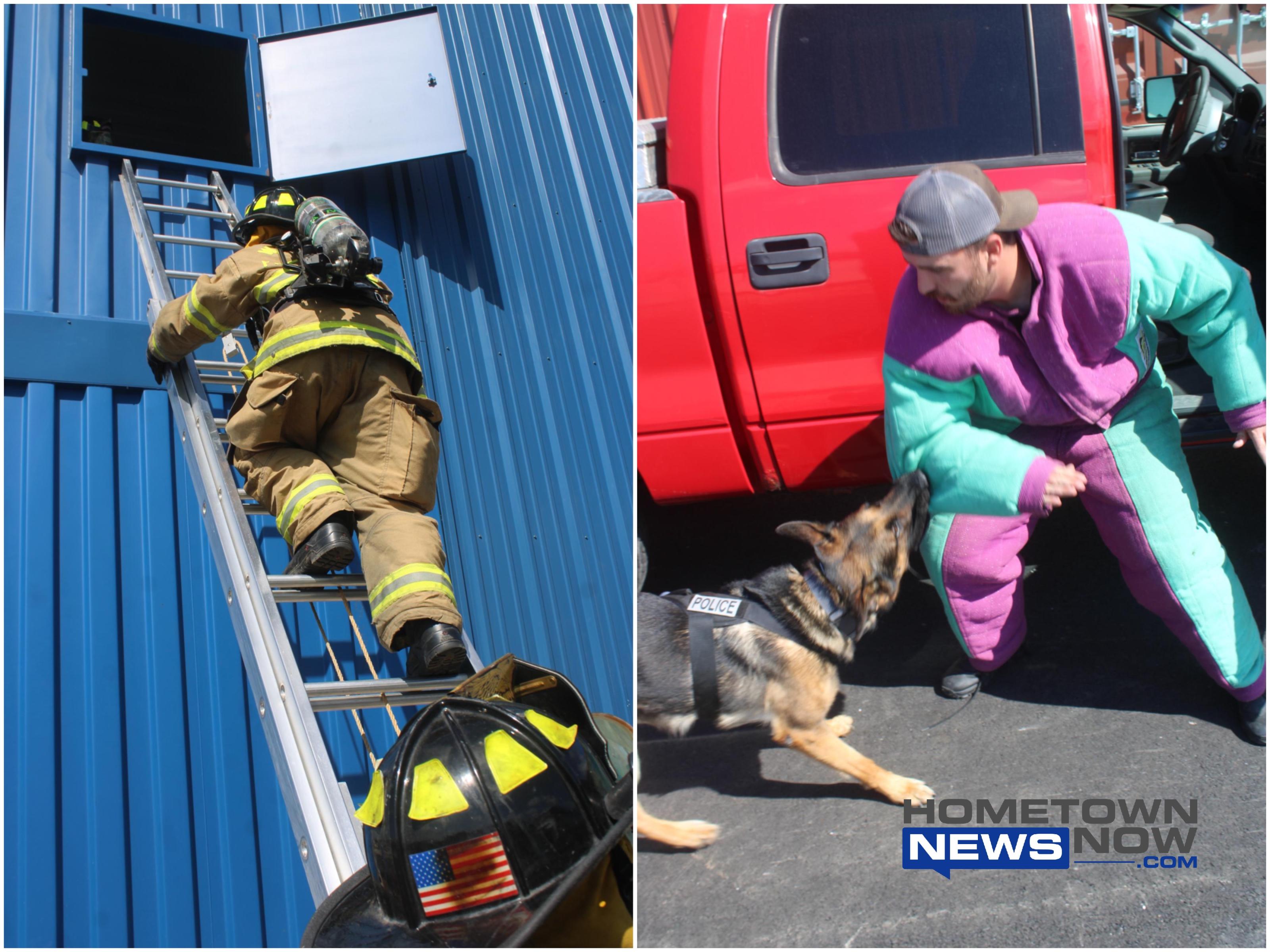 The department also demonstrated automatic sprinklers to illustrate the advantages of fire suppression systems in buildings and practiced extricating people trapped in motor vehicles after a crash.

The event was also an opportunity for Dawn Casas of Portage to learn more about the line of work her emergency-responder-in-training daughter has chosen to pursue after graduating from high school. Her 17-year-old daughter, Leilah, is a South Haven Volunteer Fire Department member.

"All of this stuff is so interesting," Kosas said.

The ERT established less than a year ago showed military-looking guns that fire rounds containing tear gas and bean bags to bring the most dangerous situations to an end without significant harm.

"It basically simulates the real deal to make it as realistic as possible for guys on the team to get the best training and better serve the community," Jasjowiak said.

"We got quite a few former grads that are actually working at fire departments now," Peterson said.

MAAC Foundation President Celina Weatherwax said the event is a way of bonding residents with the emergency responders serving them. Representatives from the U.S. Secret Service Agency and police from CSX Railroad and Canadian National Railroad were among the other first responders interacting with the visitors.

"This is very much a public, community-wide event," Weatherwax explained.