The riders left Indianapolis on Monday and this morning traveled across northern La Porte County, where they encountered light rain in Michiana Shores, then were drenched before reaching Indiana State for lunch.

Police Officer Mike Kellems from La Porte, who is driving the supply truck for riders on the entire route, said the reception at the state prison was outstanding. There were flags along the driveway leading up to the prison and many prison staff members standing at attention during a heavy downpour welcoming them.

“The staff turned out here in force. It really made me proud to be from this area and to see that type of reception,” Kellems said. 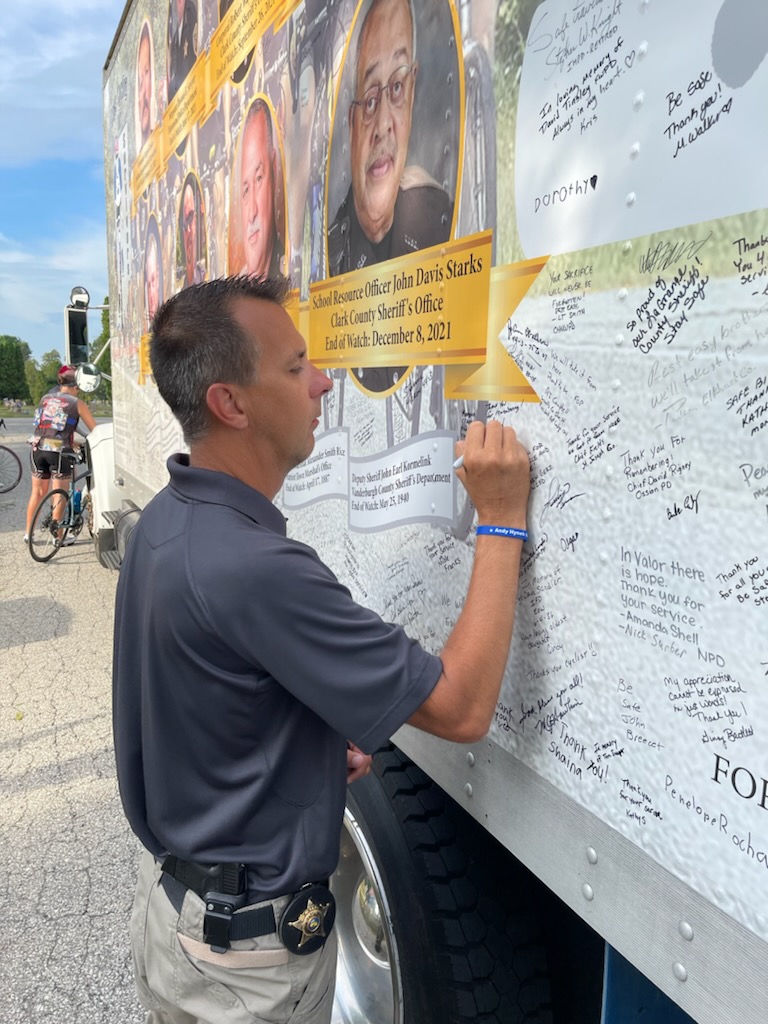 The bicycle riders went to the prison to honor Lt. Gene Lasco; a correctional officer stabbed to death by an inmate over a year ago. Lasco was from La Porte.

It’s the 21st year for the ride, which blankets the state in two weeks before returning to Indianapolis.