(La Porte County, IN) - It wasn’t the Special Olympics, but it seemed that way during a La Porte County Fair competition for a fan favorite three-legged goat.

Mia Burns, 15, said she entered her goat in the LaPorte County Fair competition to demonstrate Beatrice had what it took to complete the obstacle course without her right front leg.

“I had somebody tell me before that she couldn’t go through the agility course because she only had three legs, and I proved them wrong. I’m pretty proud of her,” Burns said.

In the beginning, the goat looked strong when clearing several hurdles and climbing to the top of a ramp. Beatrice, though, later needed help weaving her way around a half dozen poles set up in a straight line. It took her about twice as long as some goats to cross the finish line in just over two minutes. But, the crowd wasn’t short on applause.

“I think the whole judging arena was full of people cheering for her,” Burns said. 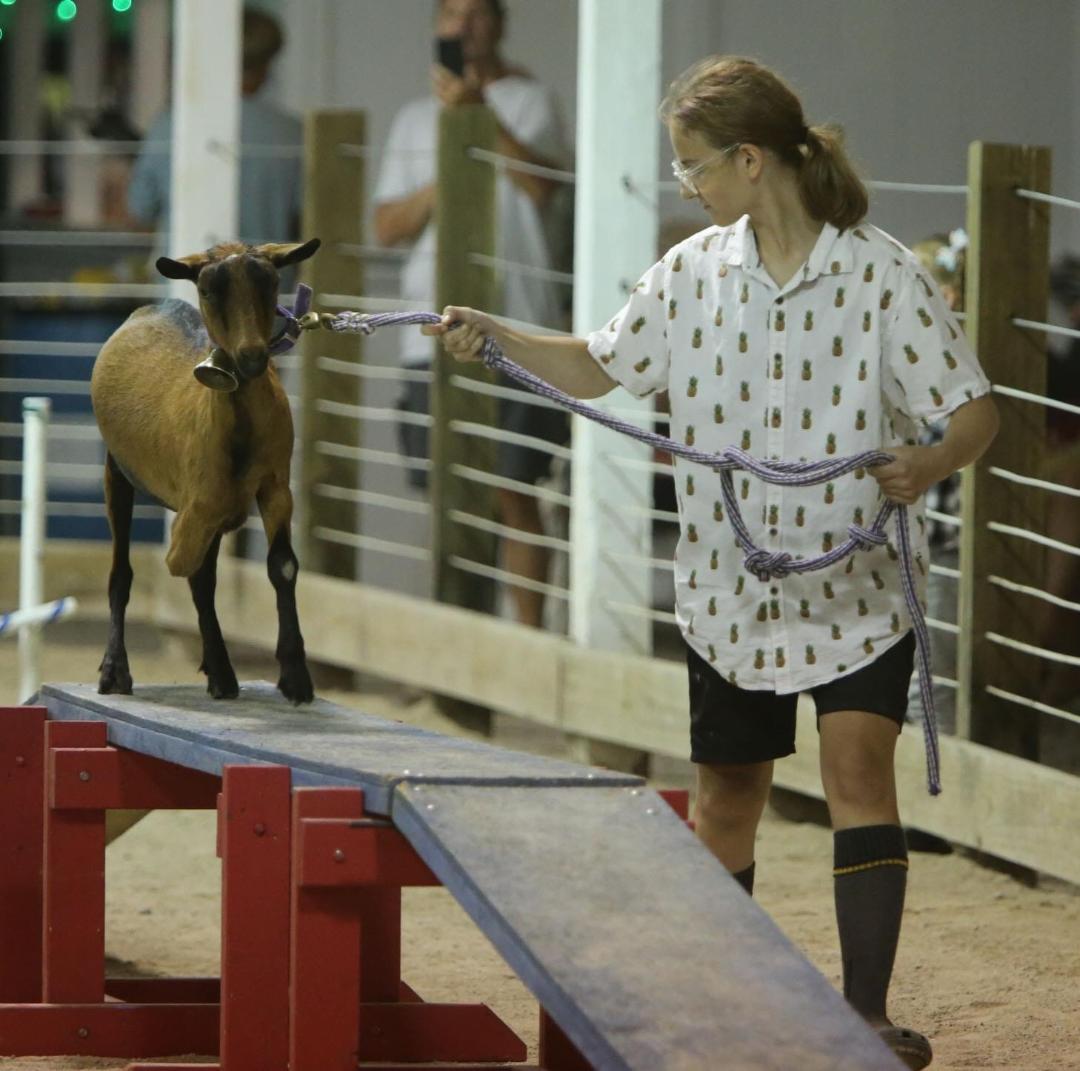 Her mother, Sacha Gee Burns, said the goat was five days old when she purchased her in May last year. A few months later, the goat somehow broke her leg set by a local veterinarian and was placed into a cast.

Her entire leg was gone when Sacha went outside to feed all her goats a week before the cast was scheduled to be removed.

Her oldest daughter, Lexi, found the leg with the cast still on it about 50 yards away.

“It was just laying out in the field,” Sacha said.

The leg placed into ice was in no condition to be reattached. A prosthetic leg is not an option because there isn’t enough of a stub to attach a fake limb.

The leg was lost apparently from lack of circulation when a pinched nerve or blood vessel developed after the break.

There are 14 goats on the three-acre Burns family farm, along with more than 100 chickens and two donkeys.

From the beginning, Sacha said the plan was to enter Beatrice in the fair competitions, but after losing her leg, she remained mobile enough not to scratch her from the line-up.

“She’s a little slower just walking, but when they go and run across the field like when it’s time to eat, she’s usually at the front of the group,” Burns explained.

The goat can still balance herself on a teeter-totter placed outside for all her goats to play on.

The decision is also paying off in terms of Beatrice enjoying the fair and being a celebrity of sorts, with one boy giving her a piece of his elephant ear while passing by her stall.

Sacha said Beatrice and the other goats are Oberhasli’s, a rare breed native to the mountains of Switzerland. The goats are used for breeding, and the babies are sold nationwide to help rebuild a population estimated a few years ago at less than 5,000 in the U.S. Oberhasli’s are reportedly quieter than other goats and just as friendly.

“The only time they make noise is when they’re hungry. Otherwise, they just follow you around like big dogs,” Burns said.