(La Porte County, IN) - A once shy kid who forced herself to climb out of her shell is this year’s LaPorte County Fair Queen.

Kate Fine, 19, of Westville, encouraged all youth not to let fear stand in the way of their hopes and dreams.

“If I was as shy as I was back then, I probably wouldn’t have had the courage to do this,” Fine said.

Fine, a 2021 South Central High School graduate, recently completed her first year at Purdue University Northwest, majoring in environmental science. Her goal is to work for the U.S. Environmental Protection Agency or some other government entity on helping to safeguard the planet.

Fine said performing on stage in theatre in her four years in high school was among the steps she took to overcome her fear of speaking. 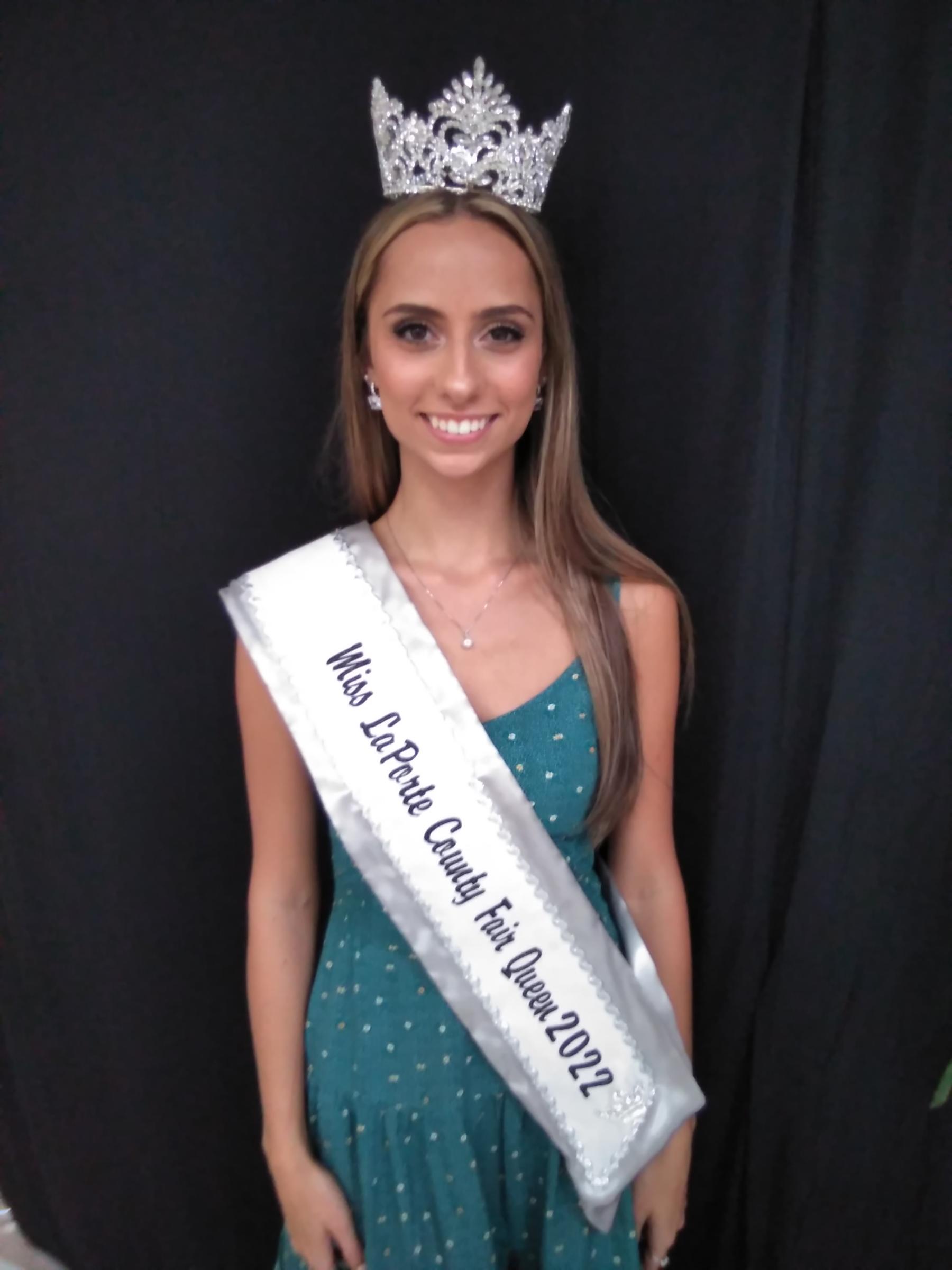 Fine entered the 2021 LaPorte County Fair Queen Pageant and was named Miss Photogenic. She enjoyed the competition so much that she immediately began working on things she felt would improve her chances of wearing the crown this year.

She also overcame the battle with nerves and anxiety leading up to the contest on Saturday to bask in the spotlight of a winning performance.

“You know that feeling when all of your hard work pays off. It was almost like a relief off my shoulders. It was all worth it in the end,” Fine said.

Fine has been very busy making special appearances during the fair this week and carrying out the public speaking part of her obligations as queen.

She said the experience has been gratifying and fun but also different considering how she used to sidestep attention. She’s also the one children at the fair now look up to.

“It’s a weird feeling, but I’m going to get used to it,” Fine said.

Most surprising about the pageant, according to Fine, was the emphasis placed by the judges on public speaking and the ability of contestants during their presentations to connect with the audience.

She also said the pageant is not as scary or intense as it might seem.

“When I was little, I always thought fair queens were the coolest people in the world, but I was really shy, and I never thought I would be going up and doing this. I’m really glad that I did,” Fine said.

The fair runs through Saturday night.