(La Porte, IN) - There was a large turnout for an outdoor concert in La Porte last night.  Arts In The Park has begun another summer concert season at Fox Park.

A country music band called “The Rest” drew what seemed like close to 1,000 people to the outdoor amphitheatre.  Julia Kanestrom, Executive Director of Arts In The Park, said the crowds seem to be gradually increasing from year to year.  “They’re increasing. The diversity has changed a little bit. I think we’re getting youth which is really one of our top goals,” she said.

There were people dancing in front of the stage and numerous children played together in the playground near the band shell during the concert which lasted for about two hours.  The concerts are provided at no cost.

Spectators have to pay only for the food and 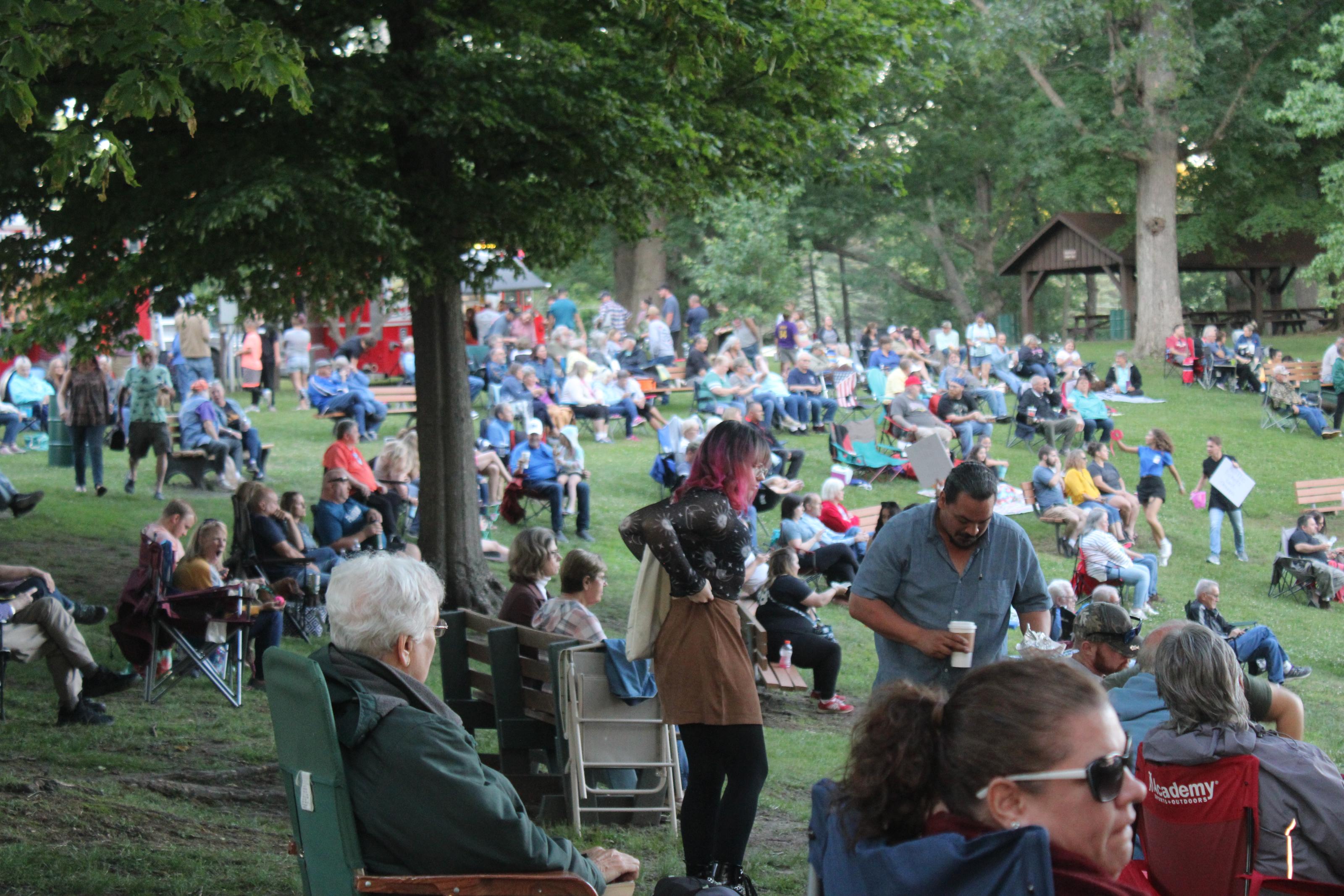 beverages made available during the performances or they can donate to help offset the cost of the bands.

Concerts will be held every Wednesday and Thursday at Fox Park through August 25.  The Arts In The Park series began in 2000.