(Michigan City, IN) - All four lanes on a stretch of U.S. 20 in Michigan City were closed Thursday morning because of an overturned semi-truck.  The accident occurred just before 6:30 a.m. near State Road 212 on the city’s east side. 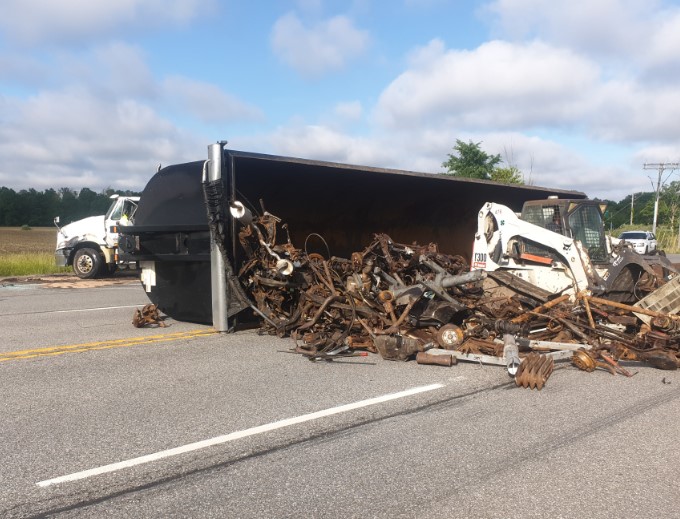 on its side and was blocking all four lanes of travel near the municipal airport.

According to police, scrap metal was laying on U.S. 20 and fuel was leaking from the semi.  The driver was said to be up and walking around.

Gayle Parrett was making the drive to her job from her

home near Hesston when she had to turn around before reaching the accident scene.  She works at Fiberbond near the crash scene and had to figure out another way to her workplace.

"Just all kinds of backed up traffic and everybody turning around," said Parrett when asked to describe what she saw while approaching the accident scene.

Police said that stretch of U.S 20 would be closed for some time.