(La Porte, IN) - A former La Porte mayor is keeping alive the memory of a military serviceman who died while fighting for his country.

Blair Milo, a Navy veteran, will be running Saturday in a competition sponsored by the Ironman Foundation. She’s running on behalf of a man from New York who paid the ultimate sacrifice during the Vietnam War.

Anthony Shine was declared missing in action. Then about 24 years later, his remains were found in Vietnam and returned for a proper burial. 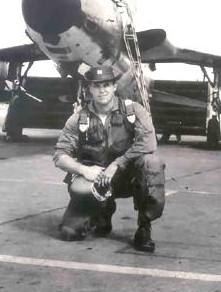 “He was a lieutenant colonel in the United States Air Force who was missing in action in 1972,” Milo explained.

Milo was the youngest mayor in La Porte’s history when elected in 2011 at the age of 28. She’s an avid runner and promoted exercise as part of a healthy lifestyle during her tenure as mayor. One of the ways she encouraged physical fitness was every Friday when dozens of citizens at her invitation joined her in runs from City Hall to Beechwood Golf Course.

The Ironman Foundation, based in Florida, is involved in various humanitarian efforts across the globe