(La Porte, IN) - Hawaiian shirts were worn last night by about a dozen elected officials and others from the local political scene to protest La Porte County Commissioner Rich Mrozinski spending much of his time in Florida. They also came with signs and buttons asking, “Where’s Rich?”

Mrozinski, a Republican representing the county's Second District, participated in the meeting on ZOOM from his second home in Florida. 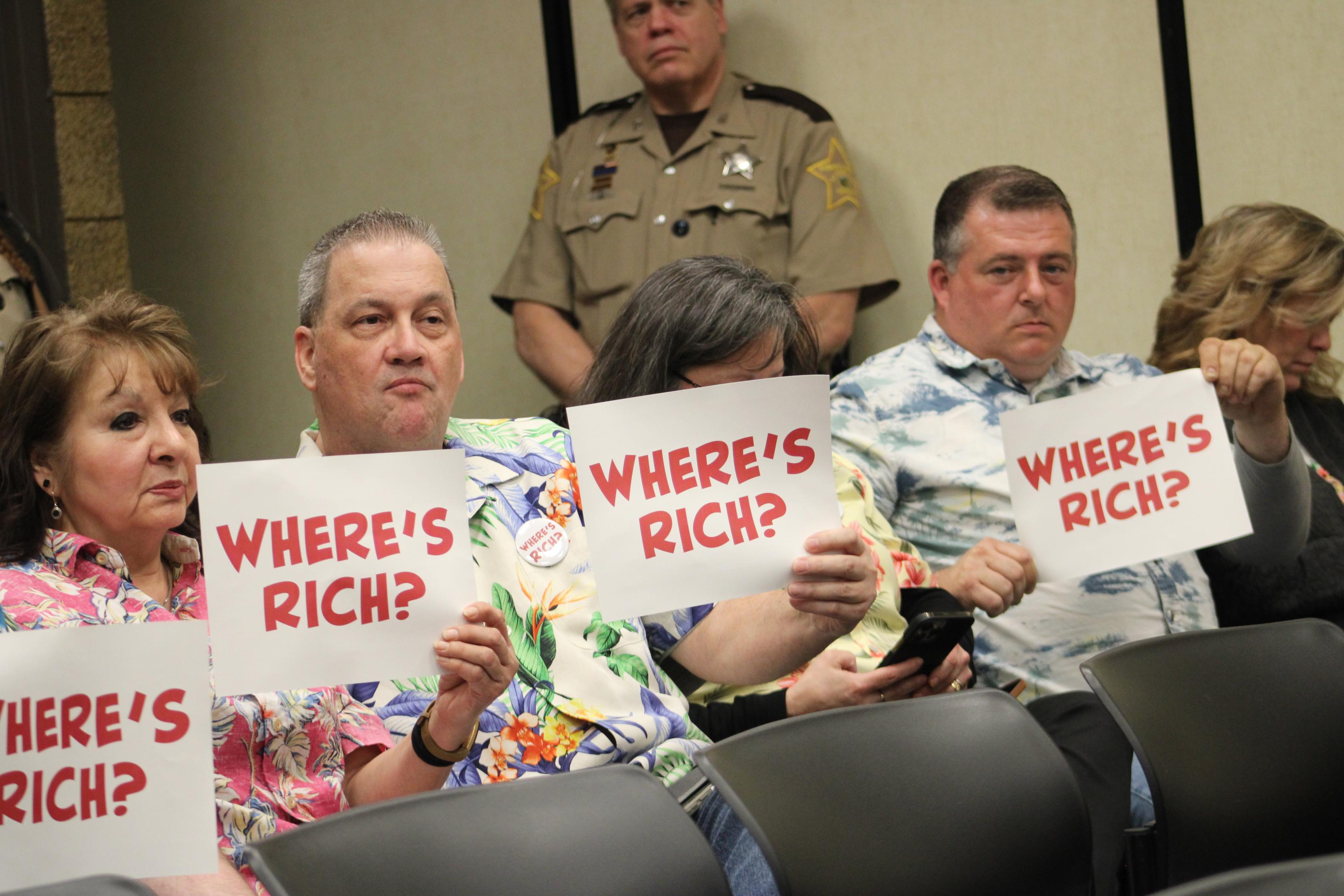 La Porte County Republican Party Chairman Allen Stevens said it was their way of telling Mrozinski he needs to spend more time back home, where he was elected to serve.

Stevens said Mrozinski wants to remove La Porte County Auditor Tim Stabosz under a state law requiring an officeholder to spend a reasonable amount of physical time on the job while he’s been in Florida recently for a vast majority of the time.

"He (Mrozinski) had the gall to come on the radio this week repeatedly questioning Tim Stabosz’s attendance when he himself has been in Florida for pretty much the past five months at his new home down there. I’d like to encourage Rich and his wife, Beverly, to go ahead and move back home to Indiana,” Stevens said.

Commissioner Joe Haney, also wearing a Hawaiian shirt, said Mrozinski has been out of state for more than 140 days since December 1. Haney said he might seek to have Mrozinski removed from office if he is not here for most of the year.

Mrozinski defended his trips to Florida, saying his job is part-time and technology nowadays allows people to work away from home. He said he’s often using the phone or computer to stay on top of what’s happening here and get things done.