Commission President Sheila Matias made the motion not to consider removing the Auditor right now. Her motion, eventually, was supported by Mrozinski after some discussion.

Matias said the focus right now needs to be on correcting the property tax billing mistake by the auditor’s office. Considering a measure to remove the auditor from office would only add to the political friction and not help efforts to correct the billing mistake. Instead, she encouraged officials to work together on fixing the billing error. 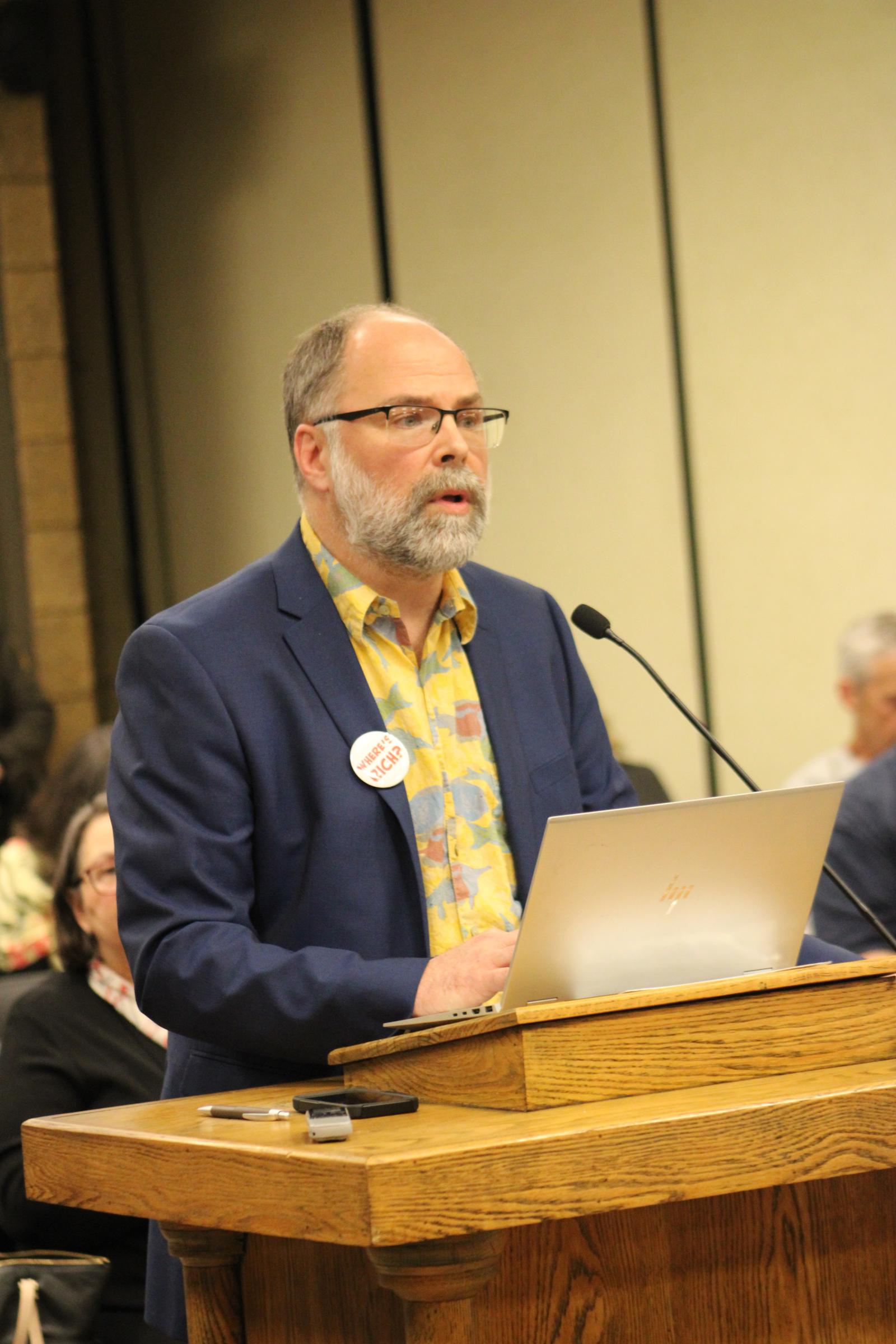 “We need to manage that issue. We need to work with the council and with other elected officials and all of the departments and our financial advisors to get this straightened out before we begin something that is very emotionally charged,” Matias said.

Matias also said the proposal deserved to be examined, perhaps, in the future, feeling it might have some merit.

“The auditor does tend to create some flashpoints, and so there are some items in here that probably need to be talked about, but I just don’t think the time is now,” Matias said.

Matias said she did not want to speculate on whether the commission would consider the proposal to remove Stabosz in the future once the property tax billing error has been resolved.

The proposal cites a state law that requires an officeholder to be physically present on the job.

Stabosz called the proposal ridiculous and without merit, saying he’s in his office more than two other elected financial officers for county government.

He also said the intent of the law is to remove an elected official who hardly ever reports for duty. Moreover, he feels the measure is just a way of threatening or intimidating him because of his ongoing dispute with the county attorney and other officials.

“That state law is about removing someone from not being in the office, not for making an honest mistake. There are things I delegate in my office to sub-deputies.  There’s a lot of different functions in my office,” Stabosz said.

Stabosz also agreed with everyone involved that correcting the billing error needed to come together right now.

“It’s unfortunate that it happened. It’s regrettable. We all need to work together and not going after each other,” Stabosz said.

Mrozinski blamed the billing mistake and Stabosz being late with a bond payment last year on Stabosz being too focused on politically attacking him, La Porte County Attorney Shaw Friedman, and other officials. He also said Stabosz refuses to learn the job and doesn’t spend enough time training his staff to avoid mistakes like the ones that have been made.