(La Porte, IN) - Resort type living definitely agrees with Theodore Sciara since moving in last week, even though the built-in swimming pool isn’t even finished yet.

The 69-year old Sciara is among the roughly 20 tenants who now call home "The Banks", next to Clear Lake in La Porte.  Another 20 tenants in the coming days are expected to move into the first apartment building ready for occupancy. 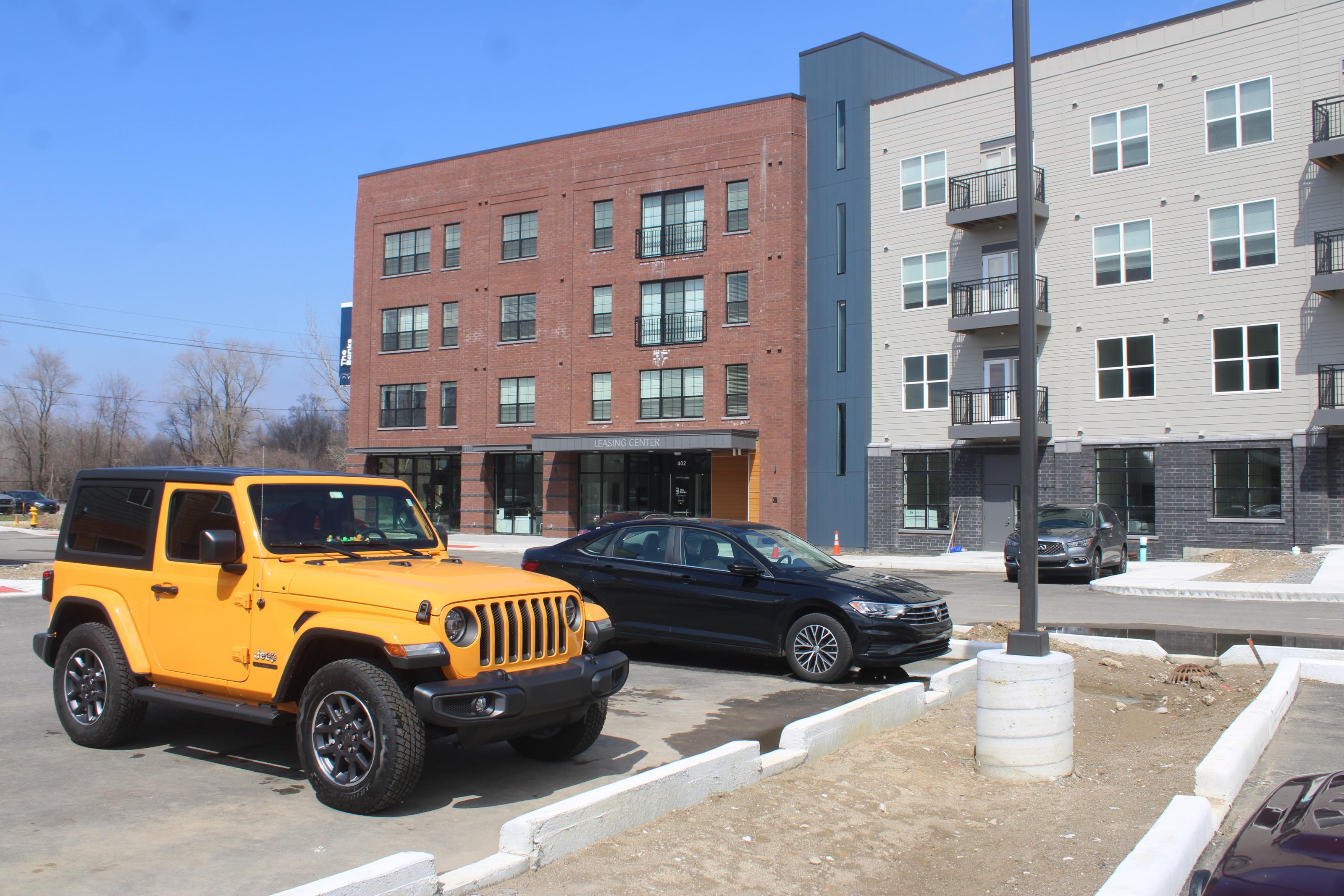 Two other multi story housing structures going up on the same parcel are expected to be finished in the fall.  Close to 200 apartments will exist when all of the construction exceeding $30 million is completed.

“I’m very happy,” said Sciara, who likes the bright, modern environment and view of Clear Lake provided from his one bedroom unit on the second floor.  He’s also pleased about the washer, dryer and dish washer included with his apartment.  Sciara said he had to wash dishes by hand where he lived previously in La Porte and shared a common laundry area with other tenants.

“This is his retirement and we’re making it good for him,” said his niece, Tracey Cummins also of La Porte.

Jordan Staus, 33, said her only disappointment is the work not being finished sooner.  Staus moved into a two bedroom apartment from a similar housing facility in Granger to be closer to her teaching and coaching jobs.  She’s really looking forward to using the pool, weight room and taking advantage of trails at Clear Lake and one leading to Pine Lake.  “It’s well done.  I really enjoy it,” she said.

Other amenities include bicycle storage, garage, 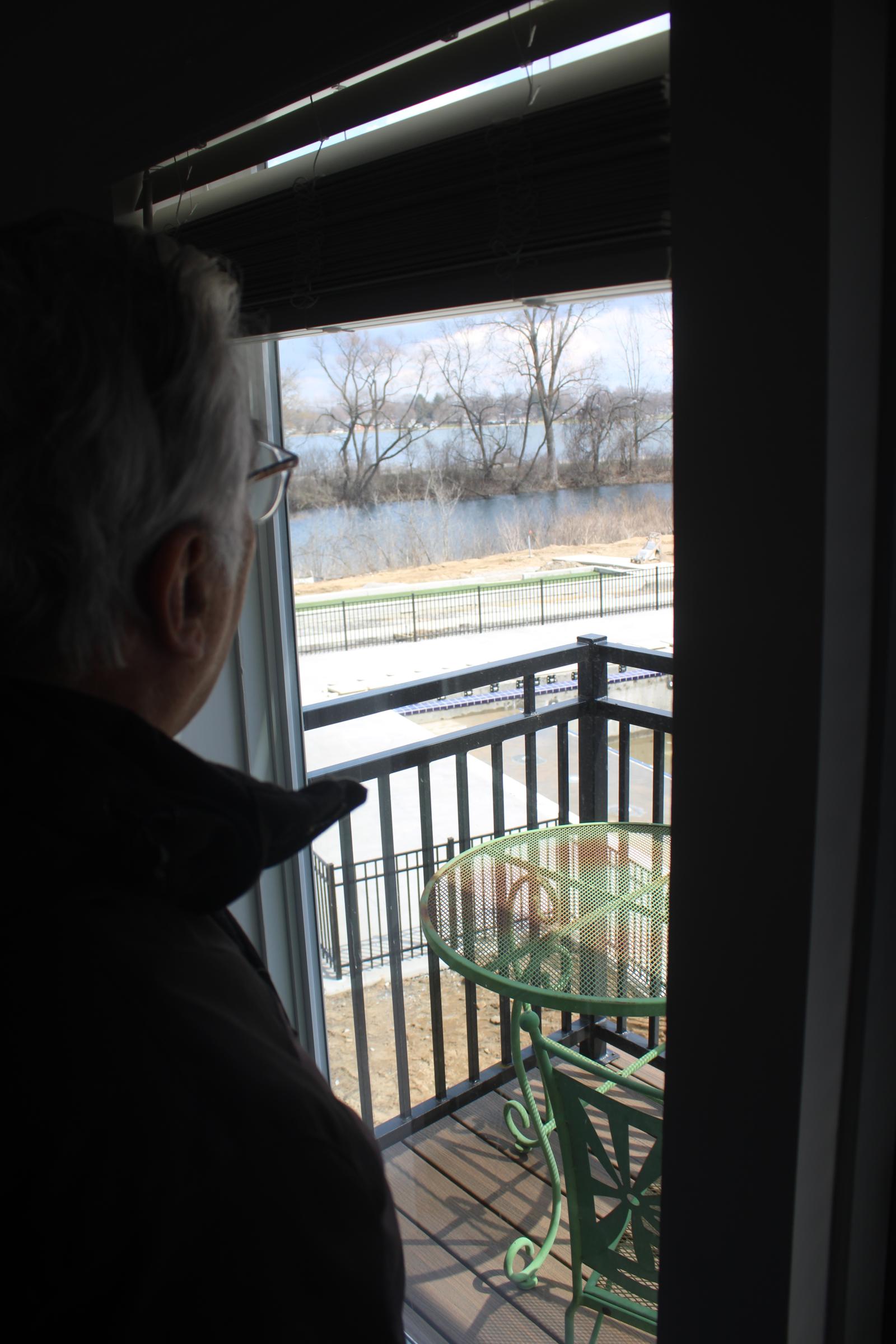 common lobby featuring comfortable seating and fireplace along with an outdoor dog arena.

The Banks was marketed to people who enjoy a more upscale lifestyle without the responsibilities of maintaining a home.

Staus said her busy schedule just doesn’t have room for cutting grass and other upkeep that comes with home ownership.  “This worked out really well,” she said.

Officials believe the development at NewPorte Landing will produce a noticeable increase in activity at shops and restaurants in the nearby downtown and open more housing opportunities in a tight local market.

Bert Cook, Executive Director of the La Porte Economic Advancement Partnership, said more than 80-percent of the new tenants have relocated from other parts of La Porte County and a vast majority of them came from elsewhere in the city.  He said that means more existing homes for sale or rent, greater incentive for landlords to fix up their properties and moving the needle toward a goal of increasing the city’s population from roughly 22,000 to 30,000 by 2030.

“There a lot of benefits in a lot of different ways and part of this for us is to help encourage those that have rentals in our community to invest in their properties, to bring the overall quality of the rentals in the city of La Porte up and provide better living options for all of our residents,” he said.