(La Porte, IN) - On Monday, one car wound up on top of another car outside a downtown La Porte restaurant. Indications are an elderly driver was attempting to parallel park outside Mama T's in the 600 block of Lincolnway. 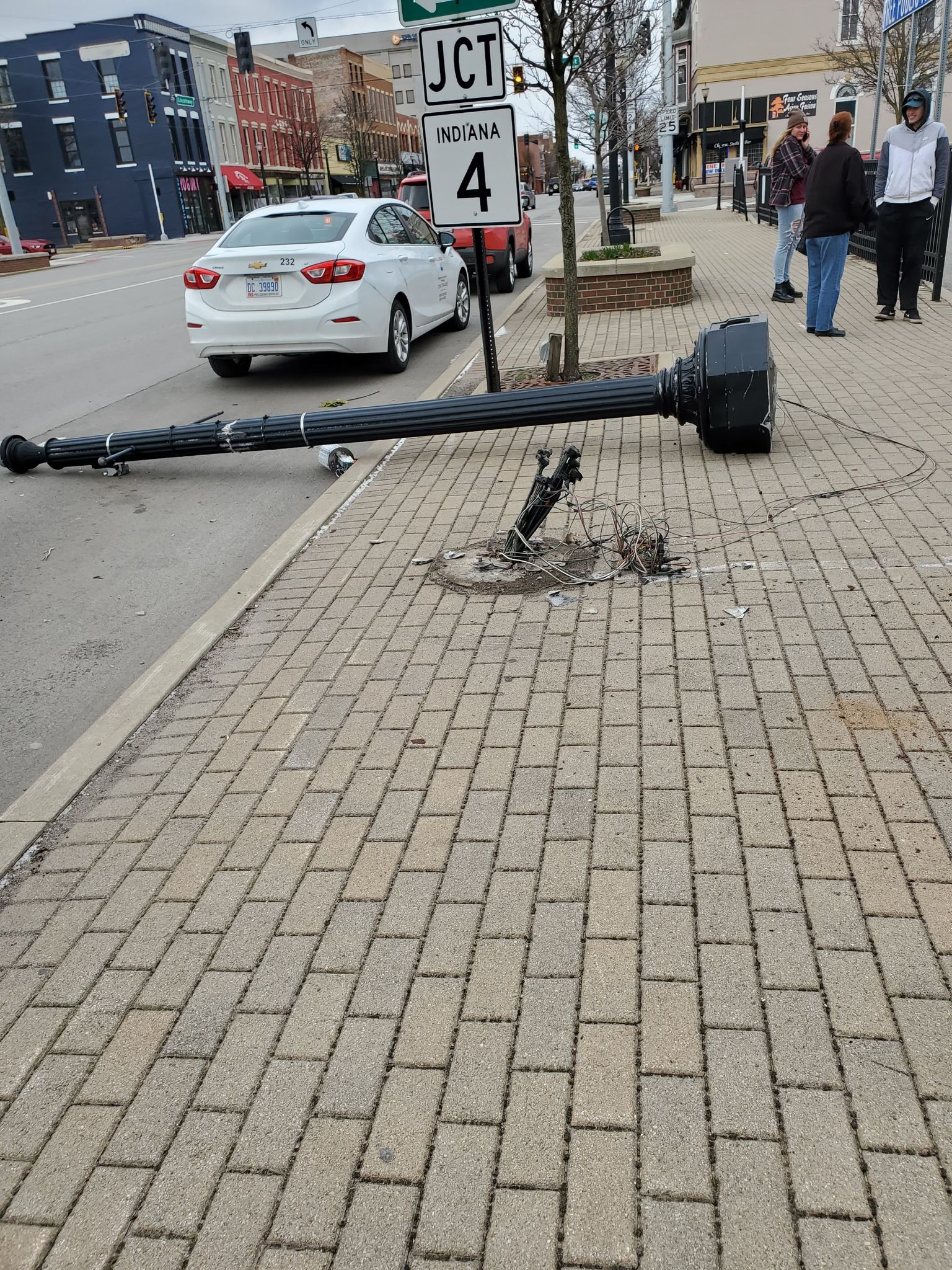 The driver's foot became stuck on the gas pedal, sending the car into a light pole and a parking lot beside the restaurant. The speeding car was going fast enough to knock over the pole and upend a parked car onto its side.

The driver's car wound up in the air, with the back end resting on the side of the overturned vehicle. According to witnesses, the driver was not injured.

We'll provide further details once they're available from the police.