The LaPorte County Commissioners on March 16 gave preliminary approval to rezoning about half of a 166-acre parcel from agriculture to residential. The remainder of the farmland is already zoned for residential use.

Sloan Avenue Land Opportunities is making the rezoning request on a primarily wooded undeveloped parcel on Indiana 2 between 350 East and 450 East near Rolling Prairie.

The LaPorte County Plan Commission on February 22 gave a favorable recommendation to the rezoning. 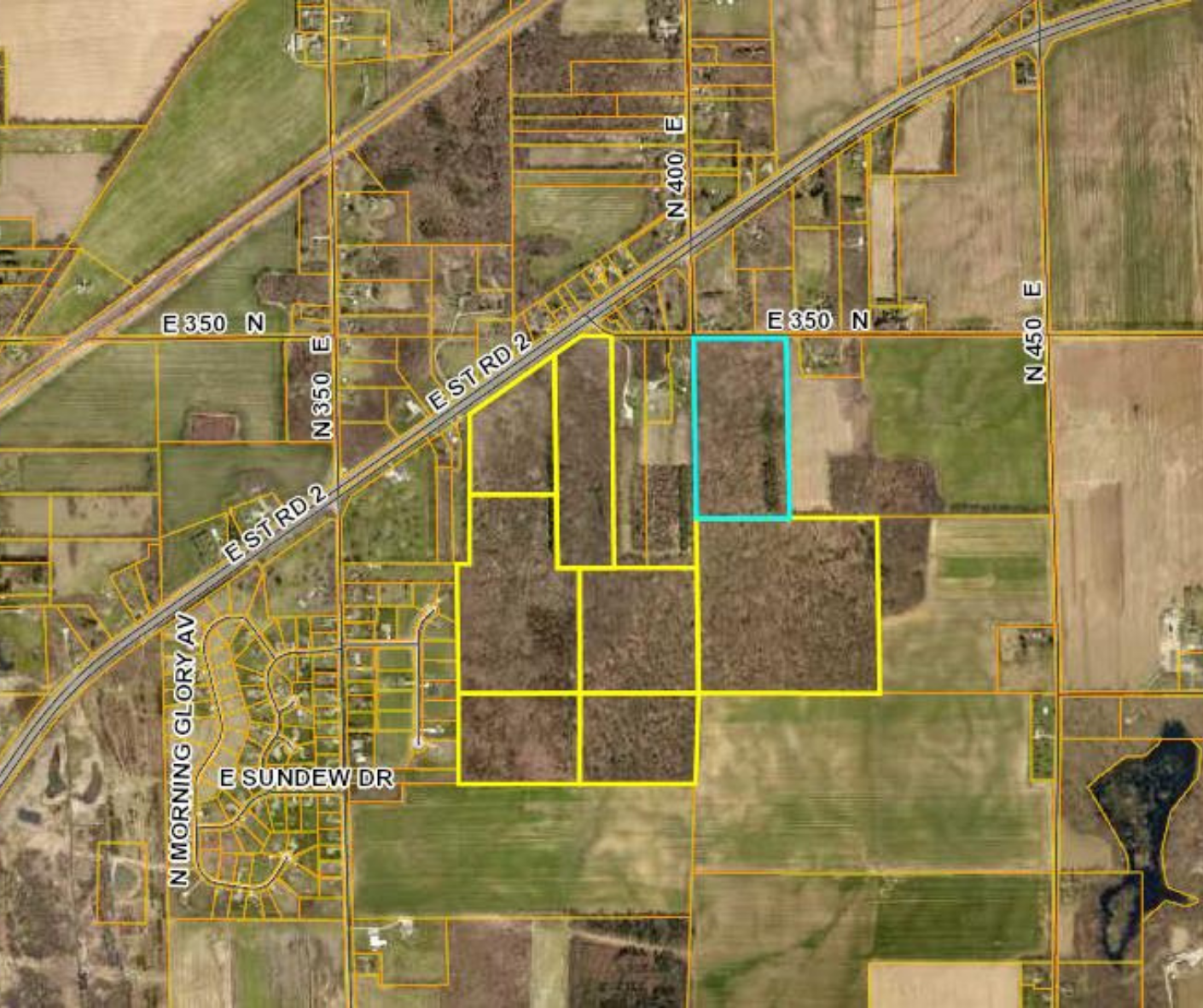 lost count of the middle fingers aimed in his direction by drivers passing him from behind on his slow-moving tractor going in and out of his fields.

“Sometimes we get saluted, and it’s usually not a friendly salute,” Paarlberg said.

Paarlberg, who raises crops like tomatoes, onion sets, garlic, and seed corn, expressed concern about the risk to residents from his sprayers applying crop protectants at least a dozen times a year beside the southern edge of the proposed subdivision. He and other farmers are also worried about receiving more complaints about the smell of manure applied in their fields.

“People that sometimes move out to the country sometimes don’t understand all of the things we do, and then we have to deal with the consequences of that,” Paarlberg said.

Farmer Joe Baltes questioned the need for more housing in that area, saying there are 30 still undeveloped parcels in a nearby subdivision.

“Why are we proposing to build another housing development before that one is filled up,” Baltes said.

“We get a lot of complaints about the odor from houses along the fields,” Baltes said.

Dairy farmer Mike Eckovich said he’s also concerned about storm run-off making its way from the subdivision to adjacent farmland and taking some of the manure and chemicals applied in the fields into ditches and retention ponds.

He also proposed requiring green space between the farms and subdivision to reduce odor from manure to residents if the plans are approved.

“I’m here to protect my children who are already taking part in the dairy farm and adjacent farmers as well,” Eckovich said.

La Porte County Commission President Sheila Matias said she’s primarily concerned about the possibility of chemicals being sprayed and drifting onto nearby residents and their pets.

Her other worries include what impact stormwater from the subdivision would have on nearby fields.

“I know the plan commission has struggled with this, and that’s why their vote was not unanimous,” Matias said.

“At least move it forward so we can get some answers to these questions to make sure that if they’re going to do it, they do it right,” Mrozinski said.

The commissioners decided to meet with the developers and other stakeholders to try and have their concerns addressed before taking a final vote, possibly at their next meeting on April 6.