(La Porte, IN) - A shooting early this afternoon outside a gas station in downtown LaPorte drew more than a dozen emergency response vehicles.

La Porte Assistant Police Chief Bill Degnegaard said a man was taken by ambulance to Northwest Health with a gunshot wound to the foot after police and other emergency responders arrived at the scene around 1 PM. The man was shot outside the Conoco station at Lincolnway and Tipton Street.

No arrests had been made, but at least one person was in handcuffs at the scene being questioned. Further details were not released because of the ongoing 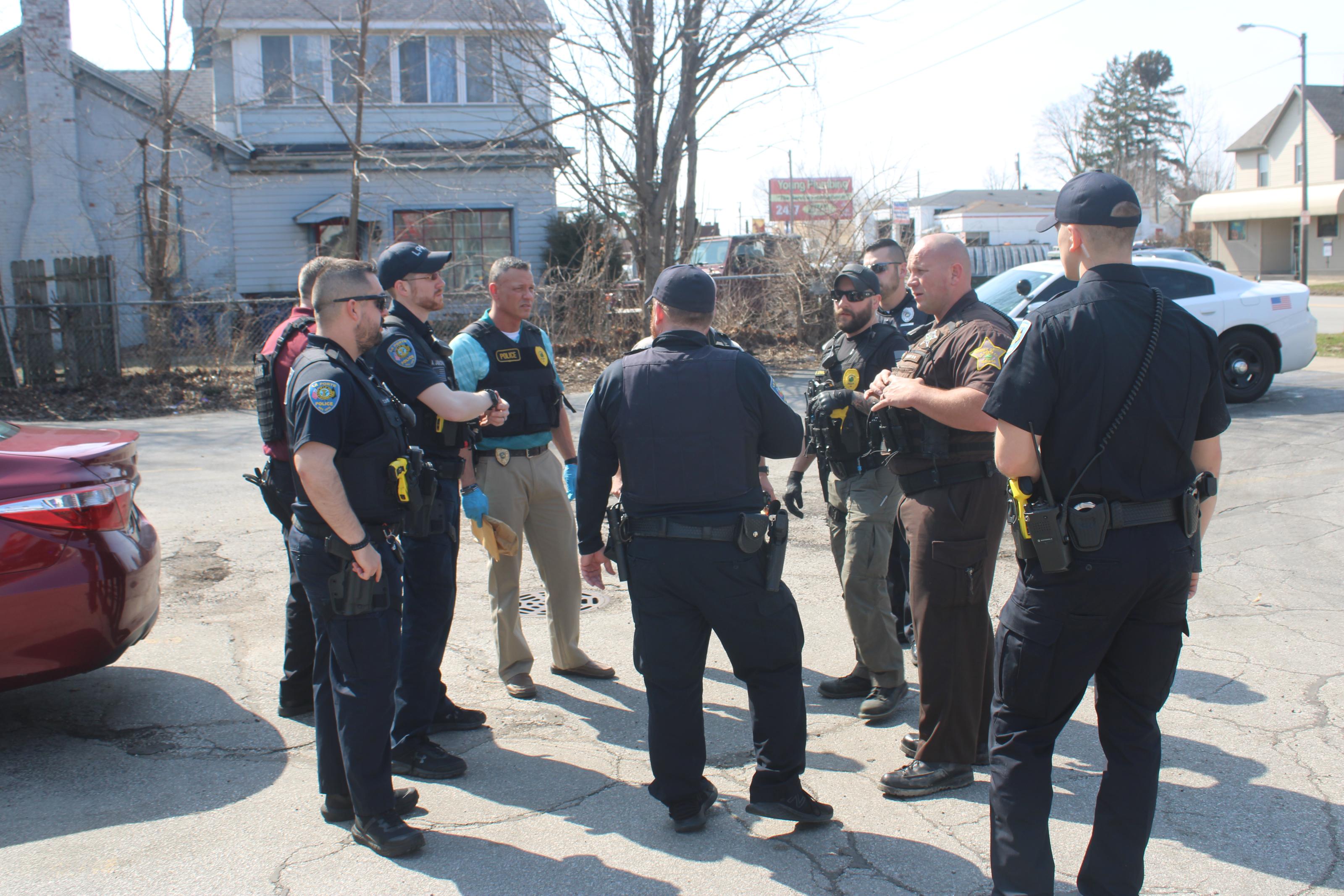 26-year old Alexis Liverman of La Porte was visibly upset while sitting across the street outside The Pantry convenience store. Liverman was driving to take her child to a fast food restaurant when suddenly she was surrounded by responding police vehicles.

"They're saying something about a gun, but I didn't see anybody with a  gun. I didn't hear anybody shooting anybody, so I don't know," Liverman said.