(New Buffalo, MI) - It was the last dance in a Cinderella season for the high school boys' basketball team from New Buffalo as the No. 1 ranked Bison lost in last night's Class D regional championship game 57-40.

The size, athletic ability, and shooting of Tri-Unity Christian School proved too much for the Bison on their home court.

Tri-Unity Christian, playing tight man-to-man defense and closely guarding the three-point shooters of the Bison, led 28-11 at halftime, shocking a New Buffalo team that averaged more than 80 points a game during the regular season.

Senior Aaron James, among the people in the packed student cheering section, said she was proud of the players for their 22-2 season. "I love those boys," she said.

After trailing by 20 points in the second half, the Bison pulled to within 12 points in the final period after turning up the pressure on the defense, scoring on turnovers, and open three-point shots. Senior Kaden Parmley led the Bison in scoring 23 points, but Parmley's valiant effort was not enough.

"It's just been really nice to come into the gym and have this atmosphere. Awesome opportunity for our kids," Butler said. 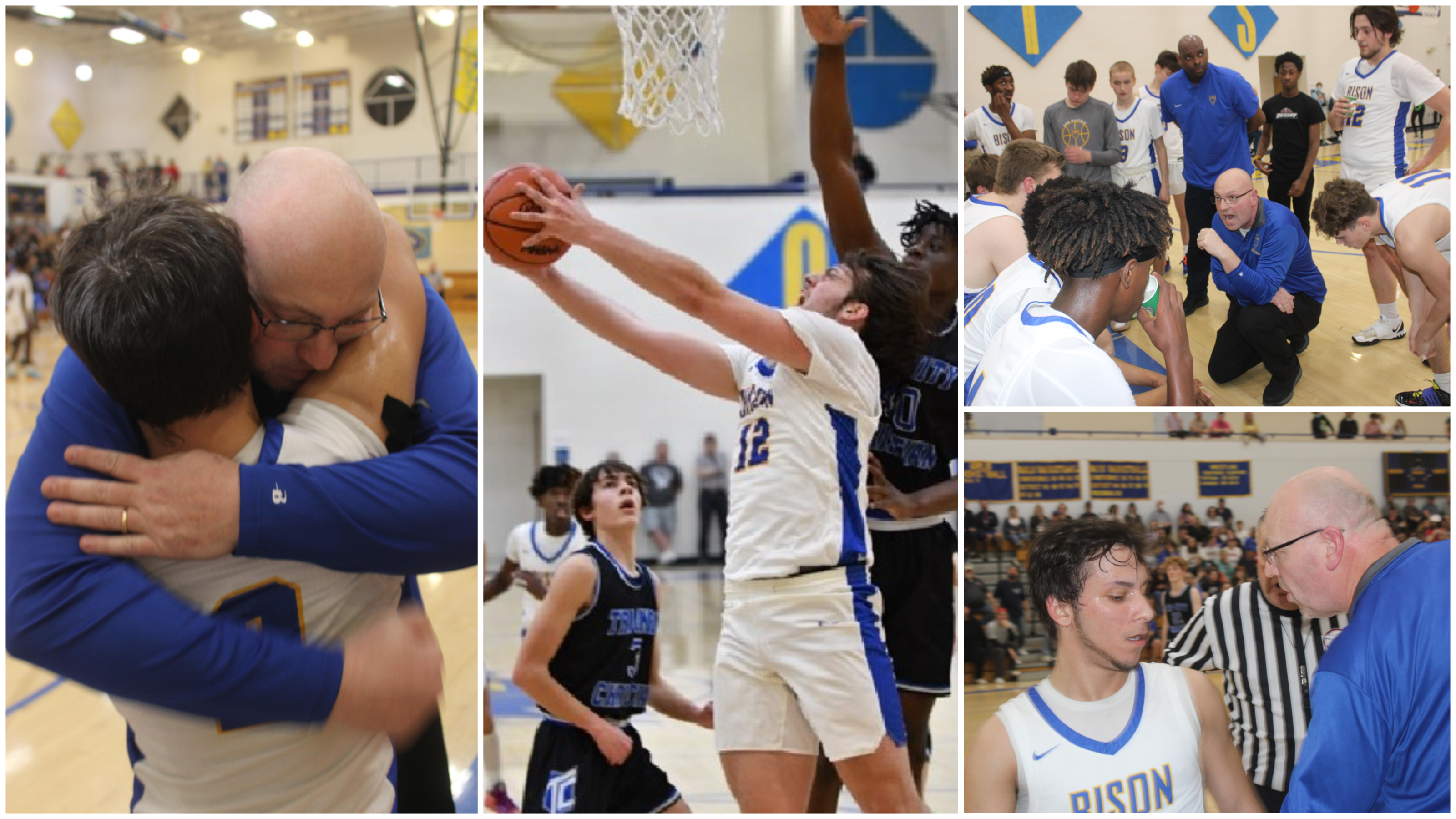