(La Porte, IN) - On Thursday, La Porte firefighters kept sharp on their ice rescue skills if someone ventures out on a lake and falls through the dangerously thin ice.

Capt. A.C. Pressler said nobody should be on the ice, which has melted significantly due to recent mild weather. However, trained firefighters in wet suits broke a thin layer of ice over a previously open patch of water on Pine Lake and slipped into the frigid water.

They rehearsed the steps taken to perform a rescue had someone broke through the ice. The training is held annually as the ice forms and melts when the risk of an individual falling through is greatest. 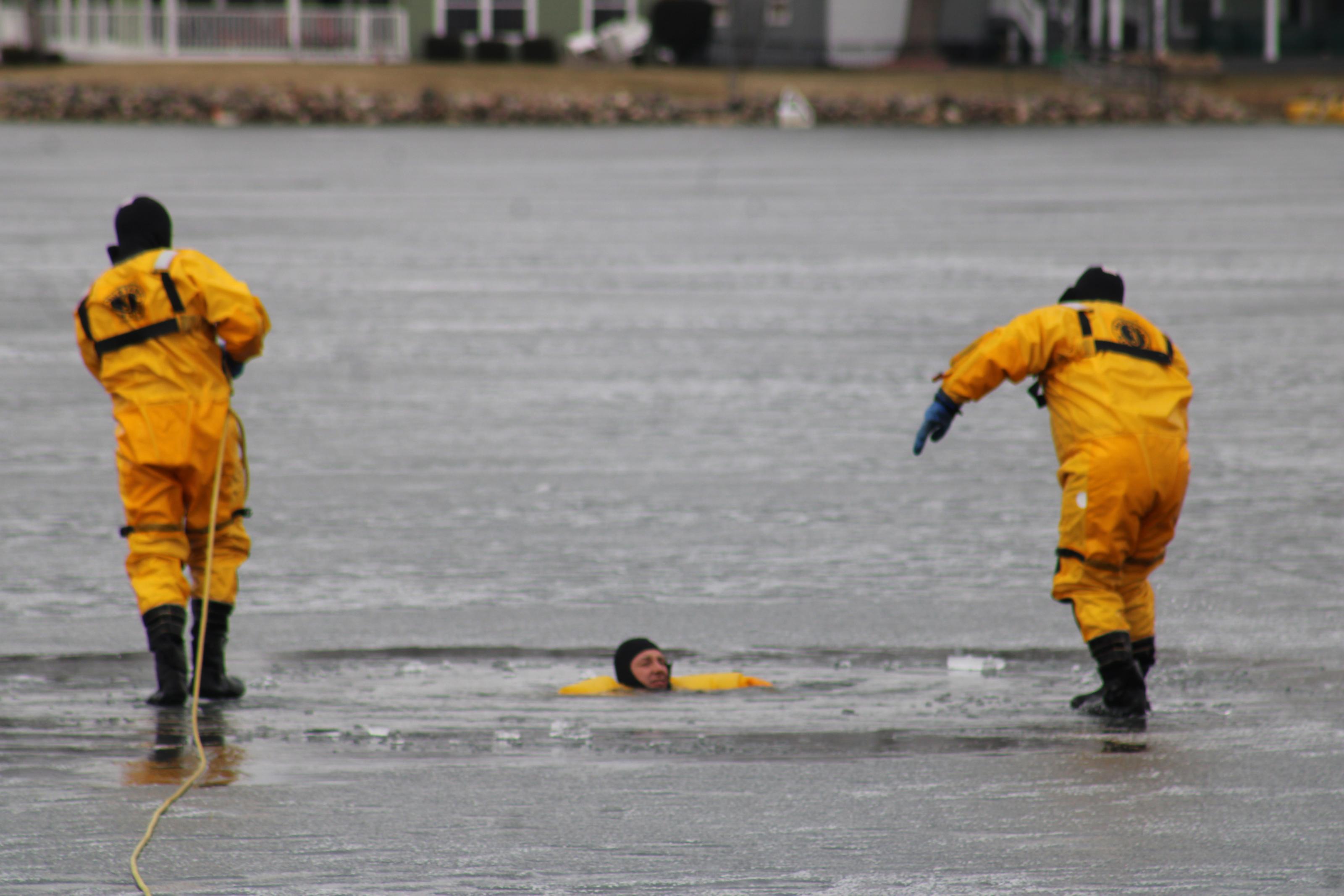 “[The training is] vital. It’s like anything. If you don’t do it for a while, you kind of get rusty,” Pressler said.

The firefighters were tied to ropes held by colleagues about 200 feet away on the shoreline at Unity Park.

Training Chief Erik Jedrysek said the ice at about three to four inches was cracking but thick enough for the firefighters to reach the hole on foot. Jedrysek says that very thin ice requires venturing out on sleds which disperses the weight of firefighters to minimize their chance of falling through. Firefighters don’t move across the ice as fast on sleds, though, and time is not a luxury because of how quickly hypothermia sets in from exposure to the cold water.

“It’s probably five times faster for a guy walking out there on his own,” Jedrysek said.