(La Porte, IN) - She’s not on the streets, but a critical member of the La Porte County Sheriff’s Office is helping reduce crime in a very different way.

Lisa Harlow is the manager of the department’s Sex and Violent Offender Registry. She’s been recognized statewide and across the nation for her idea of keeping offenders on the registry compliant by using a kiosk in the lobby of the sheriff’s office.

The kiosk is available 24 hours a day, seven days a week, for offenders to remain current on the registry. Often, offenders wound up violating the rules because they could not renew their information on the registry on time. They were either unable to get to the sheriff’s office before staff members left for the day or didn’t report for duty because of a holiday. 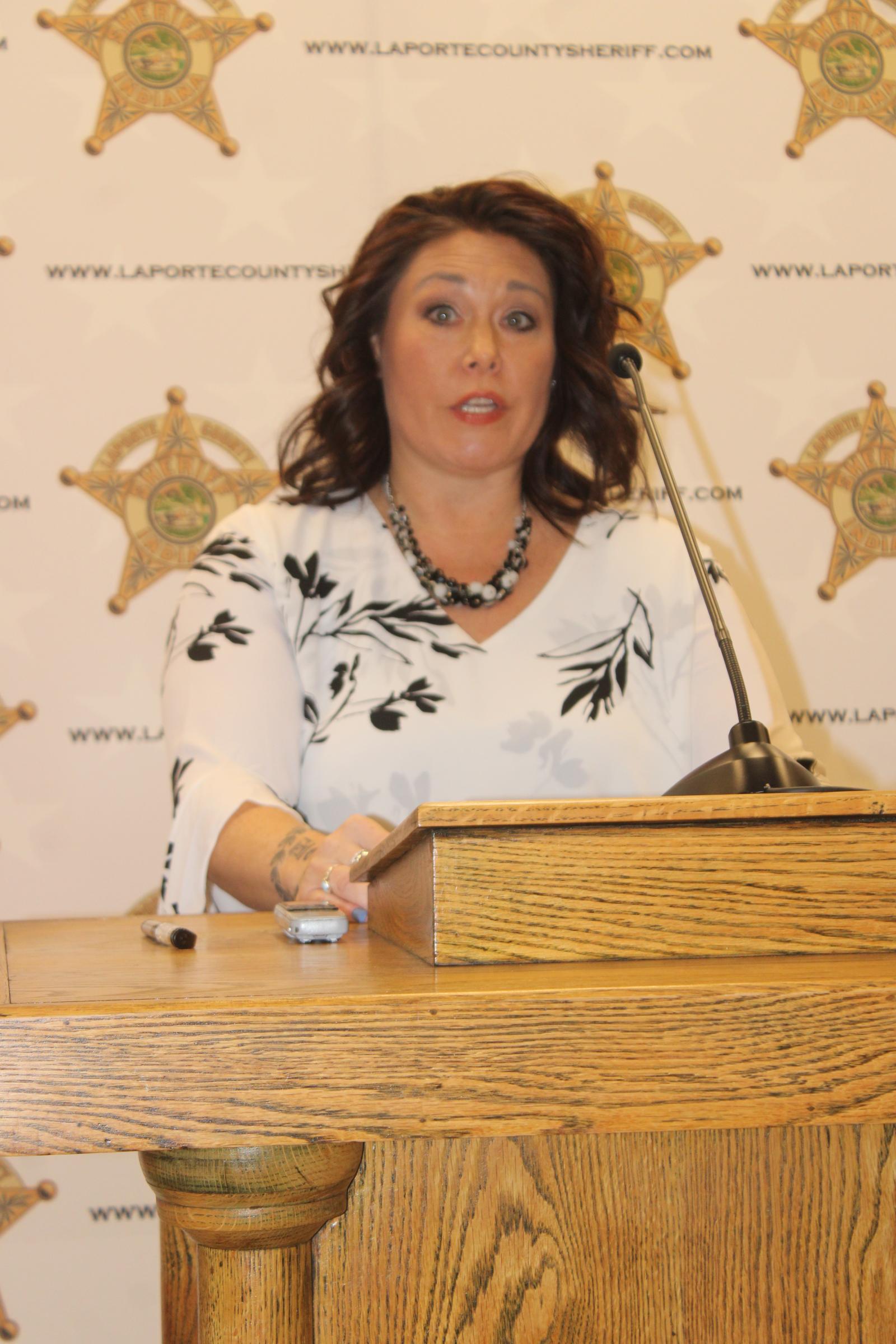 Sheriff John Boyd said offenders who violate the registry sometimes commit crimes or pose another threat to public safety, so it’s imperative to keep them in compliance.

Boyd said her idea from about two years ago is now used by law enforcement agencies statewide and nationwide.

Harlow received a certificate of excellence from Offender Watch, a computer software company partnering with law enforcement agencies nationwide on their registries.

“I am truly honored to have my work recognized and to receive this prestigious award,” Harlow said.

Harlow received the honor during a news conference yesterday at the La Porte County Complex in downtown La Porte.