(La Porte, IN) - Some people don't think twice about tossing a fast food bag or other trash out of a car window. A La Porte man is in big trouble, though, after allegedly doing it.

According to court documents, an Indiana Department of Natural Resources conservation officer was behind the Bernabe Chavez, 40, on Monday afternoon in Kingsbury.

An empty case of Bud Light came flying out the car window along with an empty beer can, police said. After smelling alcohol when pulled over, the officer asked how much he had to drink. Chavez apologized for throwing the empty case out of the window.

Though he said he'd only consumed one or two beers, Chavez was reportedly drunk 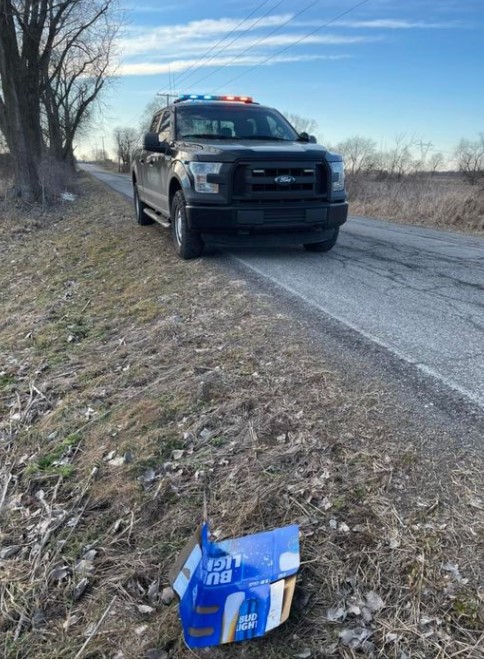 when pulled over by the law enforcement officer. However, Chavez allegedly had a blood-alcohol level of .11-percent.

Chavez, 40, made his initial appearance in La Porte Circuit Court on Operating While Intoxicated and other counts.

Chavez could face an up to 30-month prison sentence because the charge was upgraded to a felony from having a previous OWI conviction. In addition, more time could be added for other charges like Driving with a Suspended Operator's License.