The Bison jumped out to a 9 to 1 lead, but the Mustangs made a game of it for a while before a packed house at River Valley. Fueling the fast start for the Bison was the three-point shooting of senior Kaden Parmley.

The Mustangs later in the first quarter pulled to within one point from a steal and lay-up by junior Jayden McNabb, who then laid the ball into the net after catching a pass in mid-air from junior Josh Seifert.

The Bison started the second quarter with a five-point lead and began putting the game away when senior Zack Forker grabbed a rebound and passed the ball the length of the court to a streaking Mark Shaw for a lay-up.

A blocked shot by Forker led to another lay-up and 12-point lead for the Bison, who went up by 17-points on a lay-up from senior Ryan Vinson before another blocked 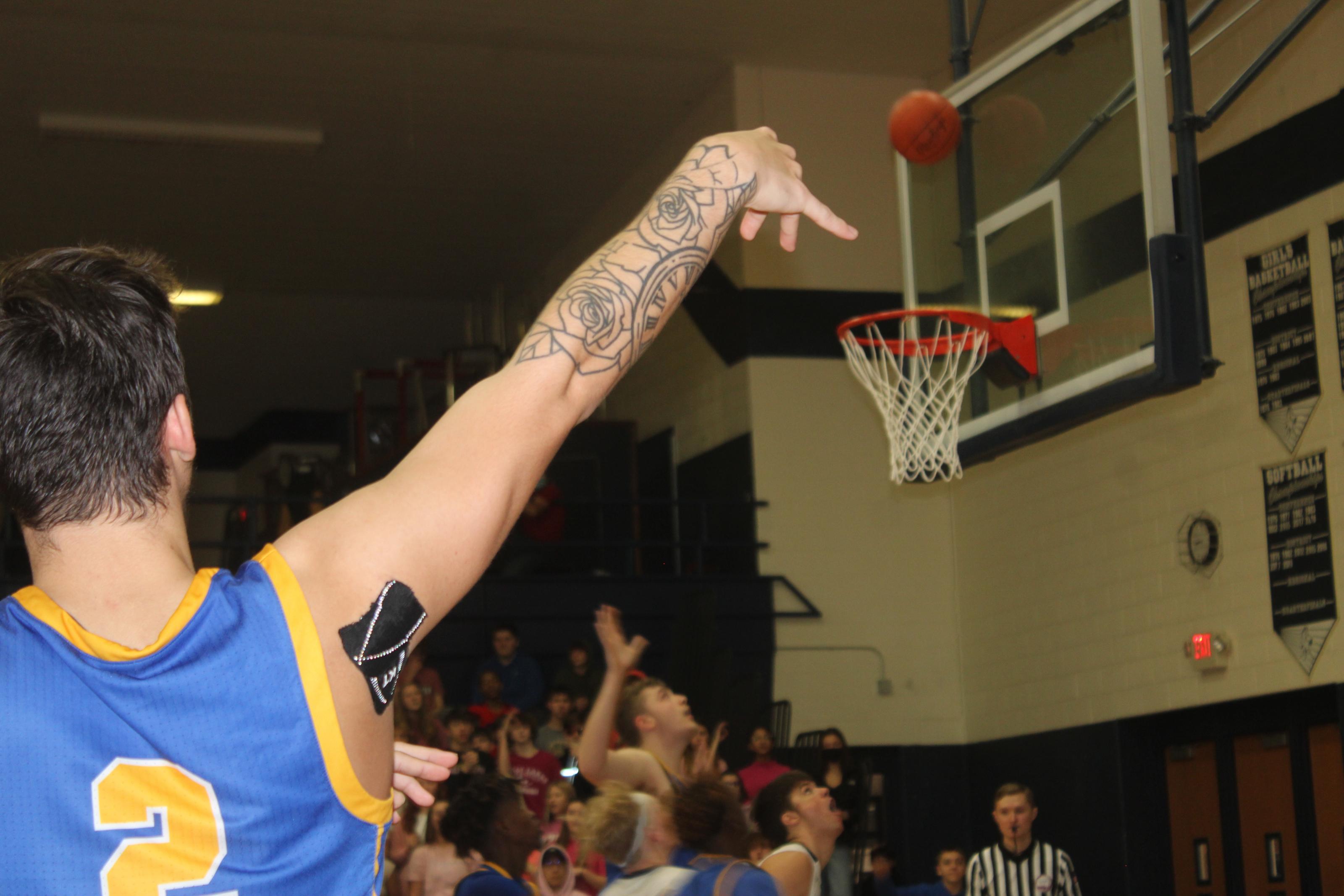 The Mustangs, though, pulled to within 12 points at halftime.

The shooting and play-making of Parmley and senior Jeremiah Mitchell were keys to a third-quarter run for the Bison, who took what appeared to be a commanding 22-point lead.

The momentum swung back to the Mustangs momentarily when Seifert blocked a shot nearly into the stands. Then, however, the Bison came roaring back to regain a 20 point advantage going into the fourth quarter.

The Mustangs pulled to within 13-points on three quick buckets from McNabb and senior Patrick Driscoll. However, any hope for a comeback was doused after Parmley, when fouled on a driving lay-up, hit a free-throw with less than 60 seconds on the game clock.

Head coach Nate Tripp said a fast start was part of the game plan to take the crowd out of the game. Tripp didn’t want to give the Mustangs an early confidence booster given the level of talent on their team.

In the second half, the Mustangs chipped into the lead from New Buffalo, becoming less disciplined, which led to poor shot selection, turnovers, and being outrebounded.

“Our guys kind of went into cruise control mode,” he said.

Tripp said his players were more overwhelming when they passed the ball to open shooters and attacked the boards, which is part of the killer instinct he wants to see consistently from his team.

“The game was never in doubt, but we certainly left it to the point where they could hang around,” he said.

The Bison improved to 12-1 while River Valley dropped to 8-4.