(Michigan City, IN) - The Fitness Center and Weight Room at Michigan City High School no longer resembles “The Dungeon” it used to be nicknamed.

New weights featuring adjustable benches, bars, and bumper plates have replaced all the weights and other related equipment dating back primarily to 1995.

Four treadmills, two elliptical machines, and a new rubberized floor sporting the school logo on every other tile were added. Also new are three large screen monitors fastened to the walls to watch training videos.

Phil Mason, head coach of the high school football team, said the atmosphere is more inspiring, and the new layout allows him to bring in more players at a time for weight training.

“It’s extremely functional. It’s just an awesome place for us to get in and get our work done,” Mason said.

The facility is open to all students and staff.

“Everything is brand new, so I like it a lot,” said Tyler Bush, a sophomore and starting quarterback for the Wolves, who made it to the semi-finals in three of the past five postseasons.

Special Education teacher Matthew Ard worked out several times a week in the old facility. Ard immediately noticed the difference while looking around and sampling the new equipment during an open house and ribbon-cutting Wednesday.

“Everything was kind of old and run down. Now, it’s bright. It’s absolutely fantastic,” 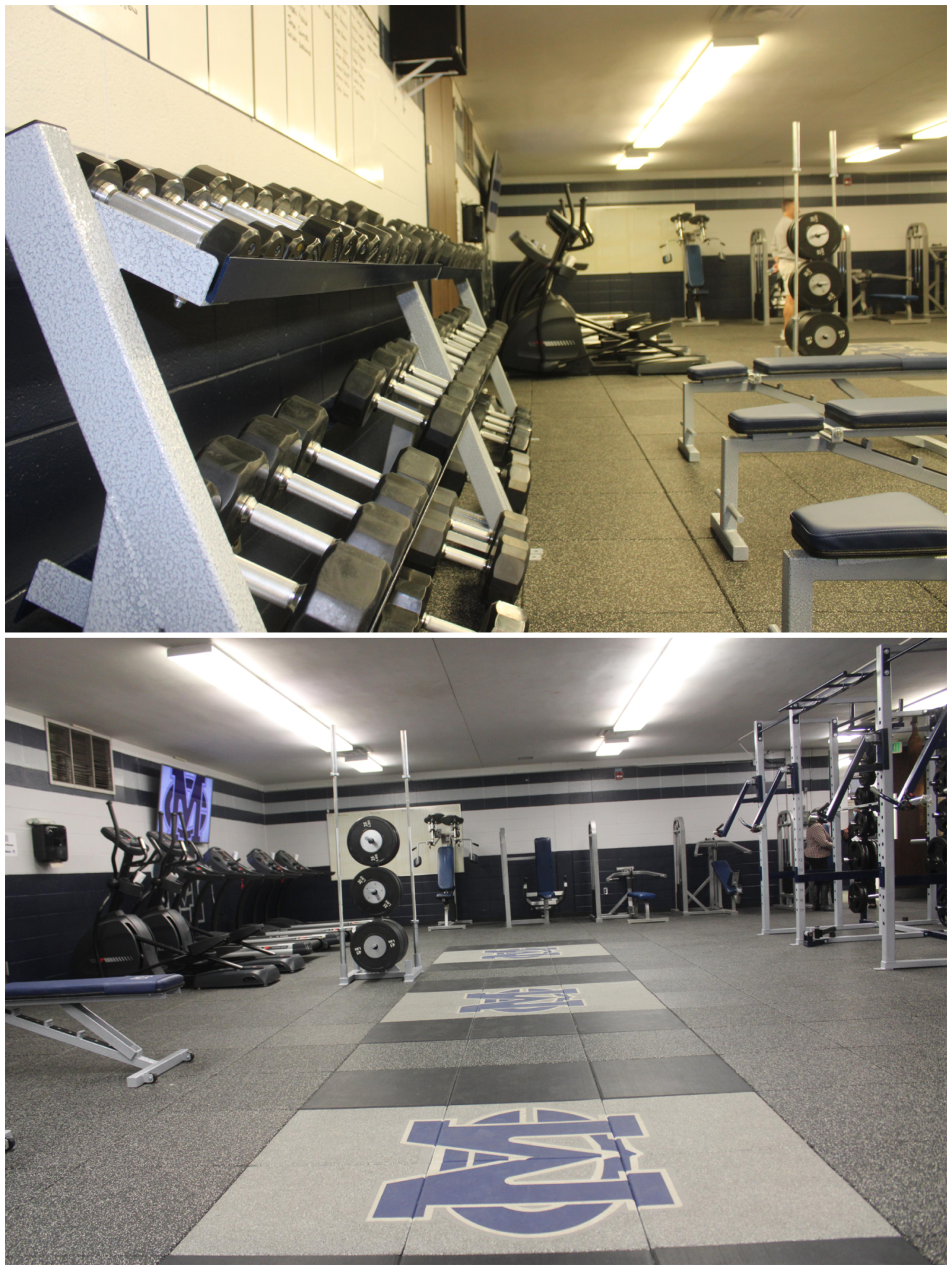 A $75,000 grant from the Healthcare Foundation of LaPorte went toward the nearly $104,000 cost of the renovation. Maria Fruth, the HFL’s president and CEO, said the project aligns with the foundation’s mission of making LaPorte County one of the top 10 healthiest communities in the state.

“This is a win, win situation,” Fruth said.

Students will also use the facility as part of their physical education curriculum.

High School Athletic Director Craig Shaman said everything is new except for just a few of the old machines still in good shape. But, he said the most thrilling for him was seeing the reaction from students using the facility.

“It’s something that other schools and other people are now envious of, and, usually, we’re on the other end of that,” Shaman said.