Parmley seemed to relish the moment after play was stopped during Friday night's game against Michigan Lutheran to recognize the achievement before the home crowd. 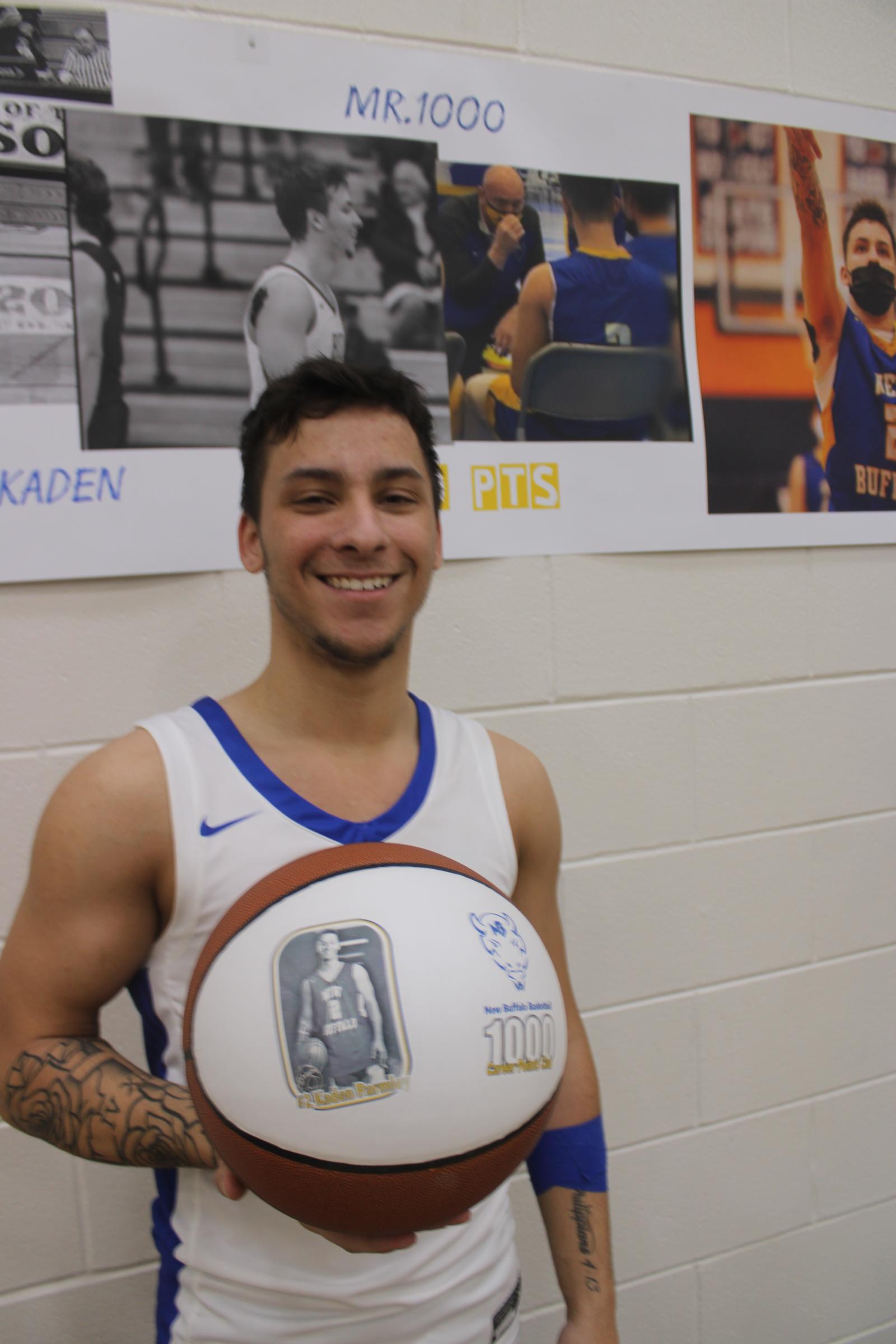 A smiling Parmley and Head Coach Nate Tripp walked onto the court together while the public address announcer informed fans about the milestone. After the game, Parmley said he was relieved of the pressure he put on himself recently to reach the mark.

"It felt good to get it off my back. I’ve been worrying about it over the last two games,” he said.

A beaming Parmley looked out into the roaring crowd after nailing the last of his seven three-point shots during the final seconds of a 102 to 50 victory over Michigan Lutheran. He scored 31 points on 11 for 21 shooting.

“We were just having fun as a team,” Parmley said.

Tripp said he knew Parmley was a unique talent when he began coaching him and other core senior players like Anthony Lijewski and Ryan Vinson in 6th grade. Parmley made the starting line-up on the varsity squad as a freshman with his ball-handling skills and ability to score by penetrating opposing defenses.

“His ability to get to the rim and then finish at the rim is what made him really stand out,” Tripp said.

Tripp said most impressive to him is how Parmley has matured into a complete team player focused on winning. According to Tripp, Parmley does everything, from studying game films of upcoming opponents to asking questions from coaches during practices to make sure he has a full grasp of the game plan.

Parmley said he was never worried when the Bison early in the game with Michigan Lutheran trailed by seven points in the first quarter. New Buffalo won 102 to 50 against a Titans squad with many talented players.

“It was the last home game for about a month so we had to make good of it,” he said.