(Michiana Shores, IN) - A woman living about a mile from the Lake Michigan shoreline is rattled from a bullet going through a window at her residence.

Patty Panozzo said she was in the kitchen of her Michiana Shores home on Wednesday, December 5, when she heard a “loud bang.”

About 30 feet from where she was standing were holes in a double pane window in her home office and another hole in the back in a speaker near her laptop computer on a desk.

Panozzo said that a bullet causing the holes never entered her mind because she’s never had reason to fear for her safety in the upscale community where she’s lived for about 15-years. She even doubted her brother when he advised her to look for a bullet inside the speaker on the telephone.

She said a neighbor was taking apart the speaker and while she was shaking it out came a .40 caliber round. “I just was in disbelief. The feeling was horrific,” Panozzo said.

Panozzo said the experience was even more chilling when she began thinking, what if 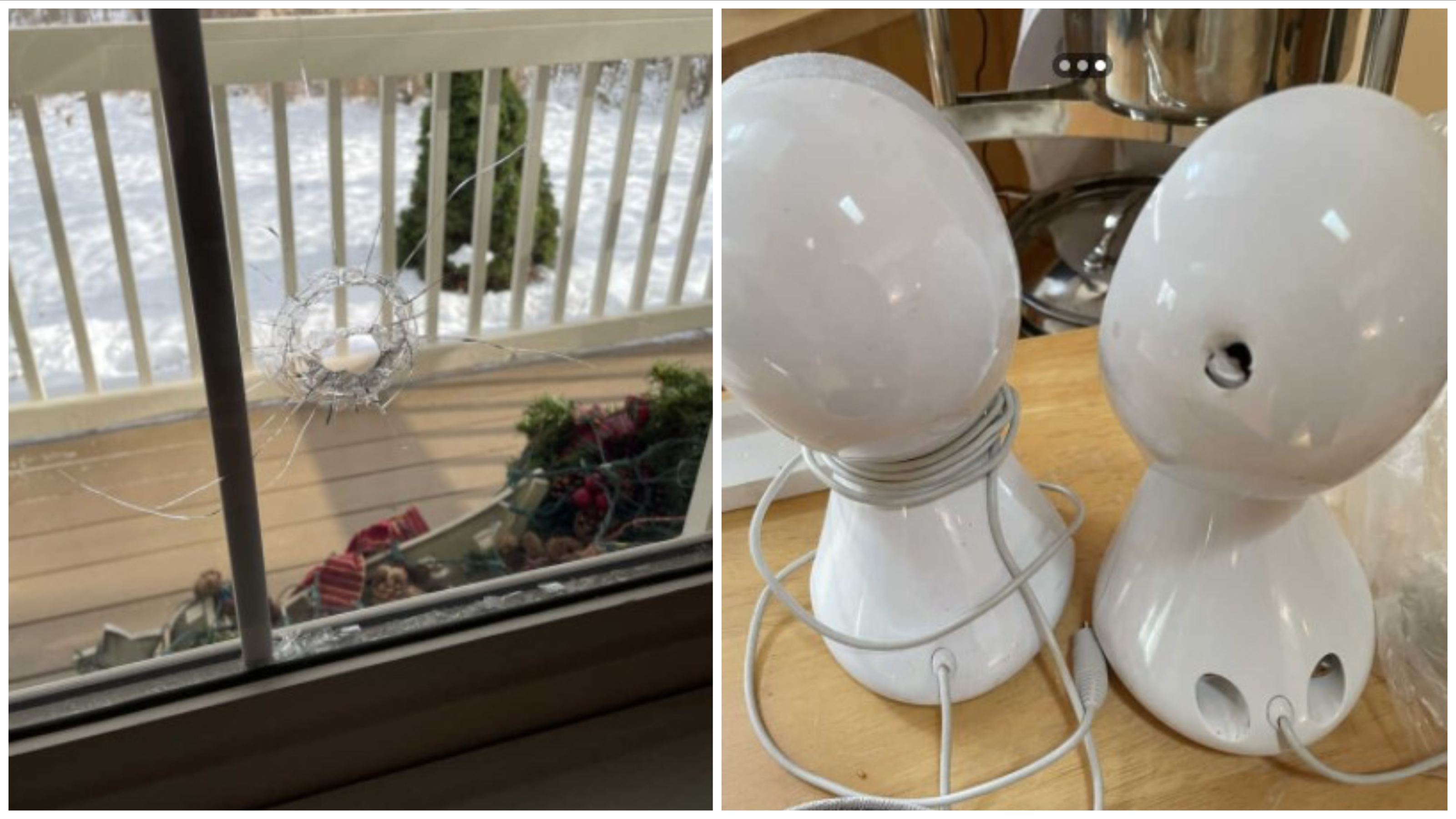 she had been sitting at her desk when the gun was fired or still outside after just taking down some Christmas decorations.

“You think of your home as a safe haven. That has drastically been violated. It is disturbing,” she said.

Panozzo, the former owner of Panozzo’s Café and Pantry in Lakeside, New Buffalo, and Chesterton, said she believes the bullet may have been fired by someone doing target shooting without a backstop. She hopes that tighter gun safety enforcement will result from her unfortunate experience.

“Someone is just irresponsibly shooting a gun for whatever reason,” she said.