(La Porte County, IN) - Shaw Friedman has been reappointed LaPorte County government attorney in a split decision Wednesday by the county commissioners.

The same commissioners who voted for and against Friedman last year did not change their positions this year.

Friedman will work under a written contract at the same rate of $150 per hour. A written agreement was called for last year by Commissioner Joe Haney and agreed to in a legal settlement last month with LaPorte County Auditor Tim Stabosz, who withheld payment to Friedman on more than $2,000 in work he felt was not legitimate.

Haney and Stabosz felt a contract with boundaries on the work performed by Friedman would eliminate future billing questions. They had no say in drafting the contract terms, which Haney called “extremely vague” with “absolutely no guard rails” to ensure Friedman didn’t step outside the legal scope with his duties.

During public comment, Stabosz said work on Friedman’s claims he disputed last year ranged from “engaging in political activity such as lobbying and community organizing” to “media relations director” for the commissioners. In addition, Stabosz accused Friedman of effectively acting as a county manager, not a county attorney.

In response, Commission President Sheila Matias said an attorney working for any local government needs the flexibility to effectively address a wide array of issues. She also said Friedman, who’s been county attorney for a majority of his nearly 40-year legal career, has made himself available to her at all times, even for phone calls to render advice.

“To give him guardrails, doesn’t make any sense. We need the ability to run this county and make sure we’re staying out of a liability situation,” Matias responded. 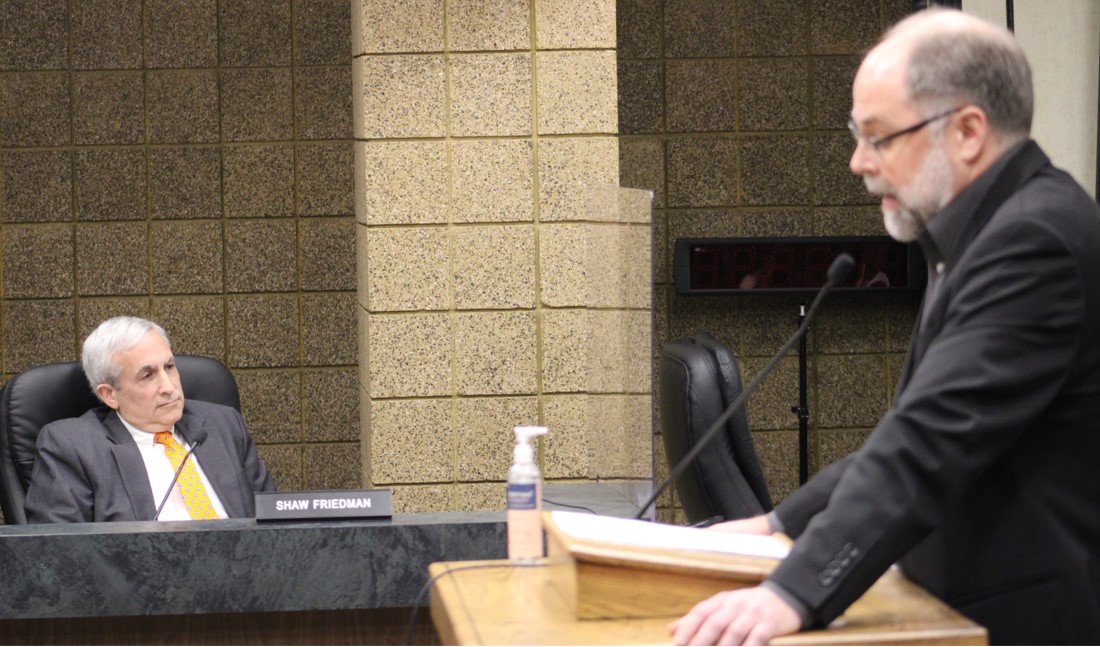 e amendments to the agreement until she and Commissioner Rich Mrozinski agreed to the final terms for Friedman.

In February, Friedman filed a defamation of character lawsuit against Stabosz for alleging he runs county government by controlling elected officials. Attorney William Jonas, representing Friedman in the still undecided case, spoke highly of his client’s reputation during the meeting. He also cited a December 7 decision by a judge not to grant Stabosz’s request to dismiss the case.

Elkhart Superior Court 2 Judge Steven Bowers ruled Stabosz failed to provide sufficient evidence to substantiate his claims against Friedman. The repeated allegations of wrongdoing and name-calling against Friedman, Matias, and Mrozinski last year from Stabosz and Haney were politically motivated, according to Jonas.

“Just because this baseless non-sense is posted to earn clicks on Facebook does not make it true. It’s a whole different ball game in a court of law,” Jonas said.

In response, Stabosz said he plans to appeal the judge’s ruling against him and vowed not to enter into an out-of-court settlement.

“I look forward to going to trial. I will see this case through the end,” he said.