The Bison (4-0) defeated South Bend Career Academy 83 to 73 at home Tuesday night. New Buffalo, with all five starters back from last year’s District 4 championship squad, led by as much as 18 points in the third quarter.

The lead narrowed to seven points midway through the 4th quarter, but two quick buckets from Mark Shaw driving the lane each time with speed and quickness helped seal the victory. Shaw led all scorers with 26 points. He also dished out six assists.

Head Coach Nate Tripp said there’s still room for improvement from a team whose mission is to repeat as District 4 champions and go deeper into the post-season state tournament despite the margin of victory.

“We’re aspiring to be a great team and we want to take that next step. If that next step means beating a good team by 10 points, that’s fine, but we got to do it the right way. We didn’t do things exactly the right way tonight,” he said.

Despite a two-week lay-off during Christmas break, the Bison often looked sharp in moving and shooting the ball. The team shot just over 50-percent from the floor. The Bison also scored many points in transition and from passes to open shooters at various distances from the rim. 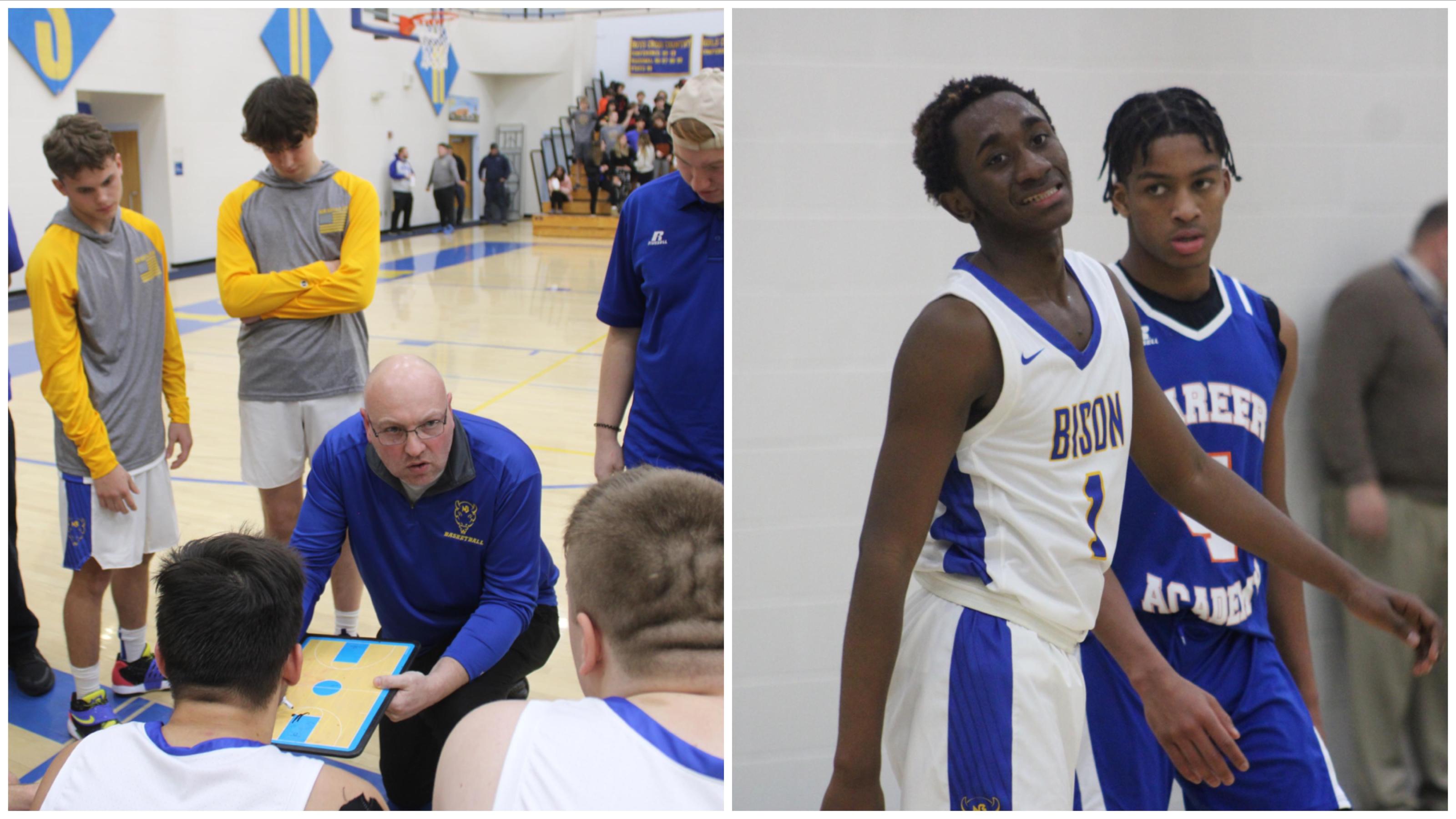 Last month, the Class D Bison on the road defeated Class A Sturgis 77 to 73. However, Tripp said the team is still not quite there in terms of playing the brand of basketball he’s pushing them to perform.

“We got to do a better job making open shots, defensively, we’re still atrocious. We know what we want to do defensively. It’s going to take us time. We want to be better at the end of the year than we are now. We got a long way to go,” he said.