(La Porte County, IN) - A local official says she hopes the New Year brings an end to what she described as the worst hate-filled politics she's ever experienced.

Commissioner Sheila Matias was on the city council in Michigan City in the 1980s before being elected to two terms as mayor.

“Let’s get past this already. This is not the way the government is supposed to work.  I say we need to turn the page and go into 2022 committed to being kinder, to being more professional. We as a community deserve better and that’s what I want to stand for. Common sense, good values, and taking care of people,” Matias said on SOUND OFF.

Matias believes a rubber snake placed outside the office of La Porte County Auditor Tim Stabosz recently is a symptom of not being able to take any more of what's been spewed constantly all year.

“I’m a grandmother. I’m a teacher. I’ve been called more names for the last 12 months than I have in my entire career. Using profanity and e-mails charging people with all kinds of rubbish. It’s got to wear on people and I think that’s what happened. The result of being just being fed up,” Matias said. 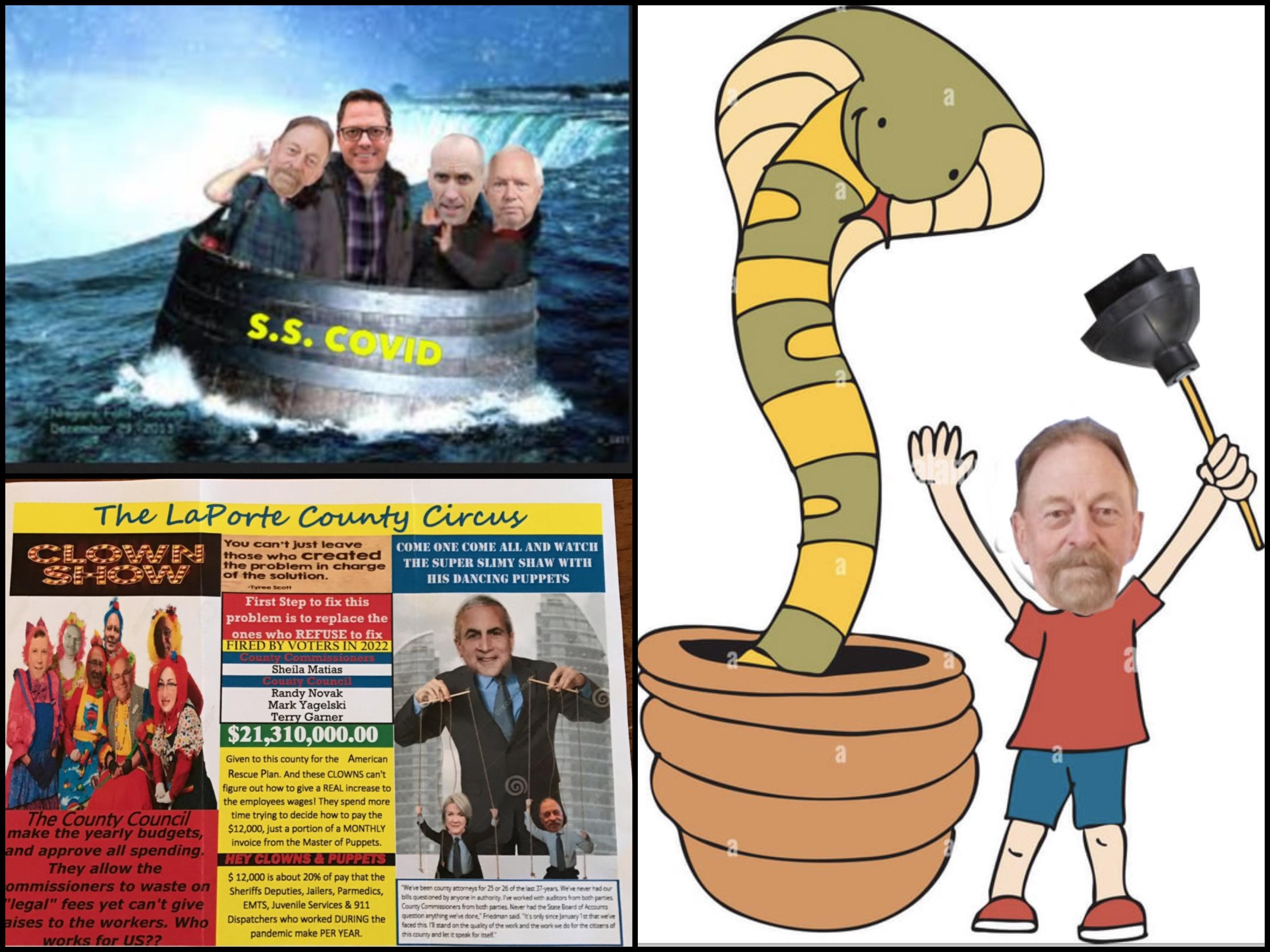 What's been like a political nuclear bomb has resulted in two lawsuits being filed against Stabosz and exchanges of needling and insults on a regular basis during meetings between Matias and Commissioner Joe Haney and between Haney and Commission President Rich Mrozinski.

Cartoons portraying elected officials as clowns, puppets, and idiots have also ramped up in recent weeks from online sources as the political tensions have kept escalating.

Listen to Matias' episode on SOUND OFF here.