(La Porte, IN) - It wasn’t exactly an early Christmas present, but video surveillance shows the package that could be viewed as threatening wasn’t left by Santa Claus. Instead, the man in the video is alleged to be La Porte County Commissioner Rich Mrozinski.

La Porte County Auditor Tim Stabosz said he opened a large white envelope recently outside his office, and inside was a green rubber snake. Stabosz said the find was disturbing, and he took it as a threat from Mrozinski.

Attending the La Porte County Commissioners meeting from Florida on Wednesday night on Zoom, Mrozinski seemed to deny he left the snake when questioned twice by Stabosz. Instead, he said he was in Florida when Stabosz found the snake, implying it could not be him.

However, Stabosz said he has proof on video that Mrozinski left the snake the night before catching his flight.

“The video is clearly Rich Mrozinski. He’s a tall man. He wears cowboy boots. He wore a baseball cap. He clearly had the envelope, the padded white envelope that was in his arms. It’s Rich Mrozinski,” Stabosz said.

In addition, Stabosz claims that Mrozinski used a county government-issued security card to enter the county administration building at that time, judging from a printout 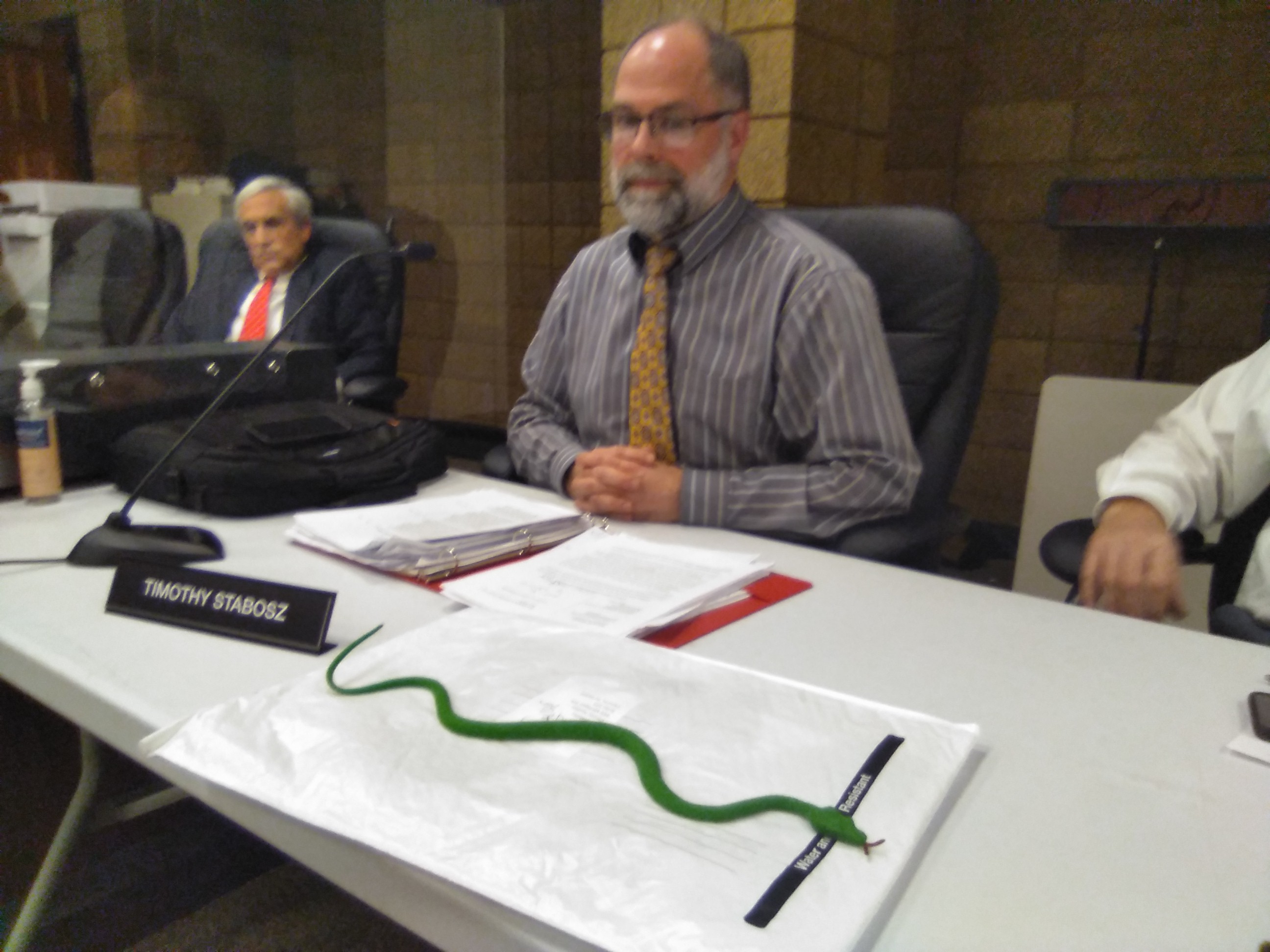 “He logged into the building. He checked into an otherwise locked building,” he said.

Commissioner Joe Haney said catching Mrozinski in the act verifies that threats and intimidation are used in county government, just like they’ve been alleging this past year.

“This is not something that’s new. This is something that we’ve been talking about for months on end and now we have video evidence of again, another high ranking elected official, this time, Commissioner Mrozinski, dropping an anonymous package in an attempt to influence, intimidate, threaten and coerce the auditor on his behavior in trying to perform his duties,” Haney said.

Haney said he had the surveillance video played when learning about the snake and was disappointed when he saw the image that he’s convinced is Mrozinski.

The three men and other political figures have been engaged in a nasty year-long political battle over Shaw Friedman, and his law firm Friedman & Associates, Inc, being chosen as legal representation for La Porte County at the beginning of the year.