This one features La Porte Mayor Tom Dermody, Michigan City Mayor Duane Parry, and County Commissioners Rich Mrozinski and Joe Haney. They're in a floating barrel called the S.S. COVID, and they're heading toward a waterfall in the cartoon.

Jeff Miller of La Porte posted the meme he created on his Facebook group. He also calls the four elected officials "idiots" and "stupid" for not imposing a mask mandate in public places in response to the latest COVID-19 surge and continuing to promote special events despite the risk of community spread. 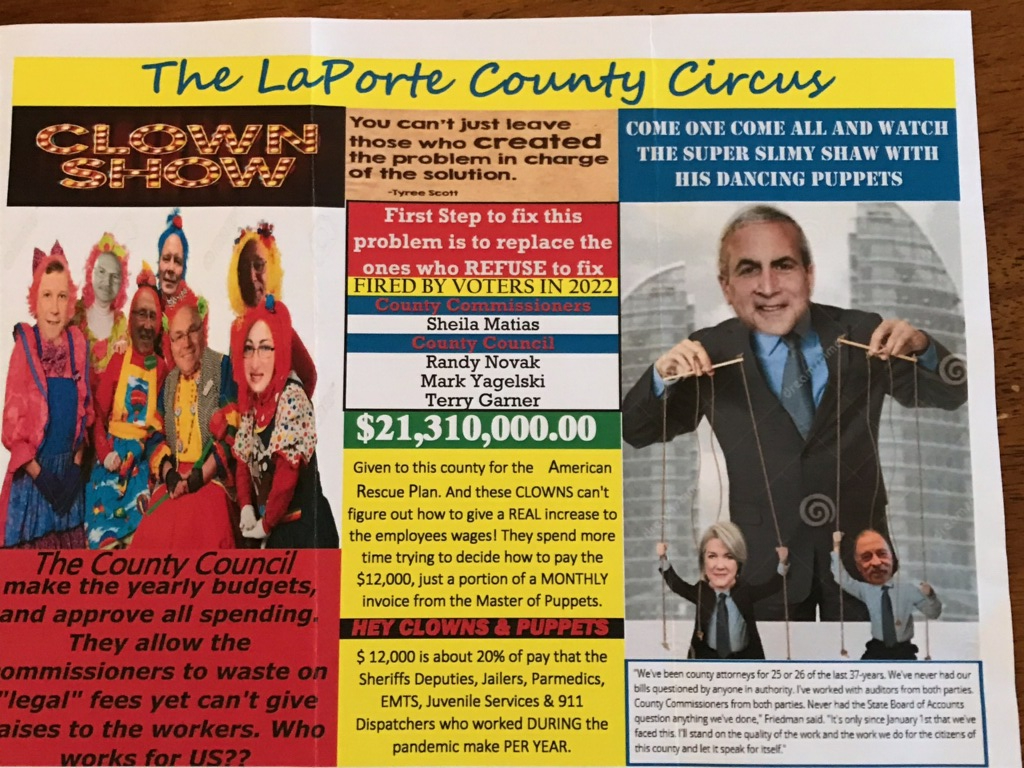 A flyer featuring cartoon images of elected officials like Commissioners Rich Mrozinski and Sheila Matias along La Porte County Attorney Shaw Friedman is also being published and pushed through the community. The fifth edition of the flyer was mailed to select individuals earlier this week.