The game at New Buffalo was tied midway through the first quarter when Aaron James hit a crowd-pleasing three-point shot for the Bison. However, the Mustangs used superior ball handling and shooting skills to begin taking control at the end of the first quarter after a steal and lay-up by Natalyn Heckathorn.

Macey Springer opened the second quarter for the Mustangs by dribbling her way the entire length of the court around Bison defenders for a bucket. The Mustangs quickly added to their lead on a pass leading to baseline lay-up by Kursten Smith. 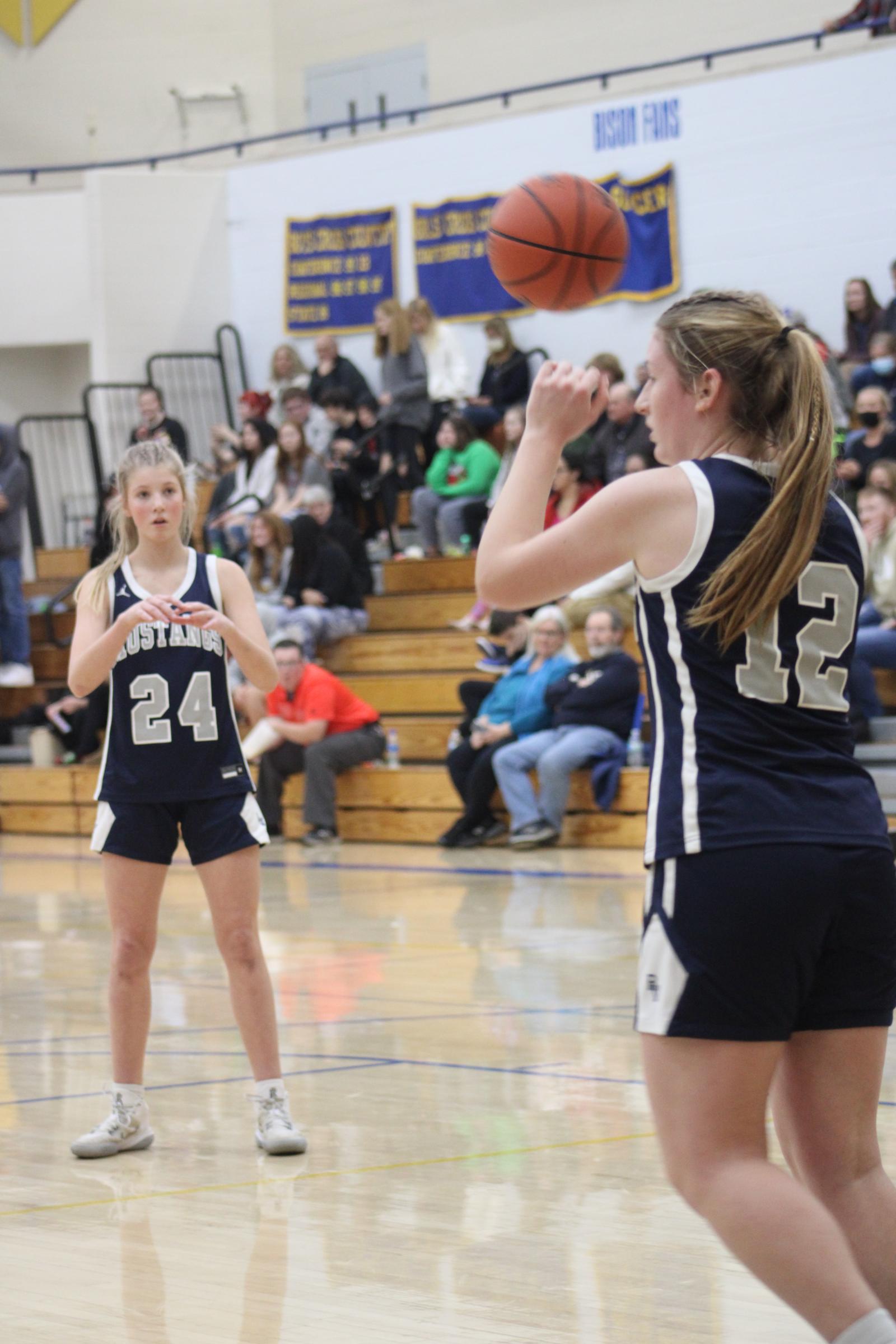 River Valley later went up by 21-points on a pair of three-point buckets from Hanah Lynch and Annekah Witter.

The score was 34 to 9 at halftime. In the third quarter, the lead grew to 32 points when Lexie McCarty fouled and sank a free throw after driving the court for a lay-up.

Springer led the River Valley attack with 13 points. Lynch and Witter each contributed 12 points. Witter scored all of her points on three-point shots.

Georgia Arvanitis scored seven points for the Bison, who fell to 0-3.