(Michigan City, IN) - Onlookers seemed delighted to welcome Santa Claus back to Michigan City in a back-to-normal parade downtown on Saturday.

Last year, the units were stationary at Washington Park for people to drive by and look at because of COVID-19 restrictions.

“It’s nice to get out again,” said Janet Justice.

The Michigan City woman came to enjoy quality time with family members, including her grandchildren Brayden, 11, Juniper, 4, and Clementine, 2. Also tagging along was their pet dog, Zinny, a French Bulldog.

The 30-unit procession included cartoon characters, clowns, Mayor Duane Parry on foot waving to the good-sized crowd, and Santa Claus riding on top of a fire truck. Many children also gave hugs to Elmo, Clifford the Big Red Dog, and other popular TV and movie figures like The Grinch walking the route.

Buddy the Elf was brought to the parade in the back of a Harbor Country Adventures truck, which rode behind him in the procession. "Everybody is just enjoying him," said Victor Tieri, owner of the company providing tour boats in Michigan City for people to ride on Lake Michigan during the summer.

Nichole Ericson of Michigan City said the excitement in the face of her daughter, Skilynn, 3, is what she enjoyed most about the parade. Her daughter's face seemed to light up even more when she saw Santa Claus go by.

“She’s been counting down the days,” Ericson said.

Sarah Hasenfang made the trip from Chesterton with her husband, Michael, and their children, Maddy, 6, and Albert, 9. Hasenfang said being amongst a crowd in the downtown decorated with Christmas lights is one reason they come to the parade every year. They also enjoy watching the Festival of Lights at the lakefront come on for the season after the parade.

“We just love coming over here. We love a good parade, she said.

"It's the season to be jolly," the mayor said. Parry also turned on a Christmas tree's lights outside the public library where the parade ended.

The festivities later in the evening included a chili cook-off and live music at the Michigan City Senior Center at Washington Park. 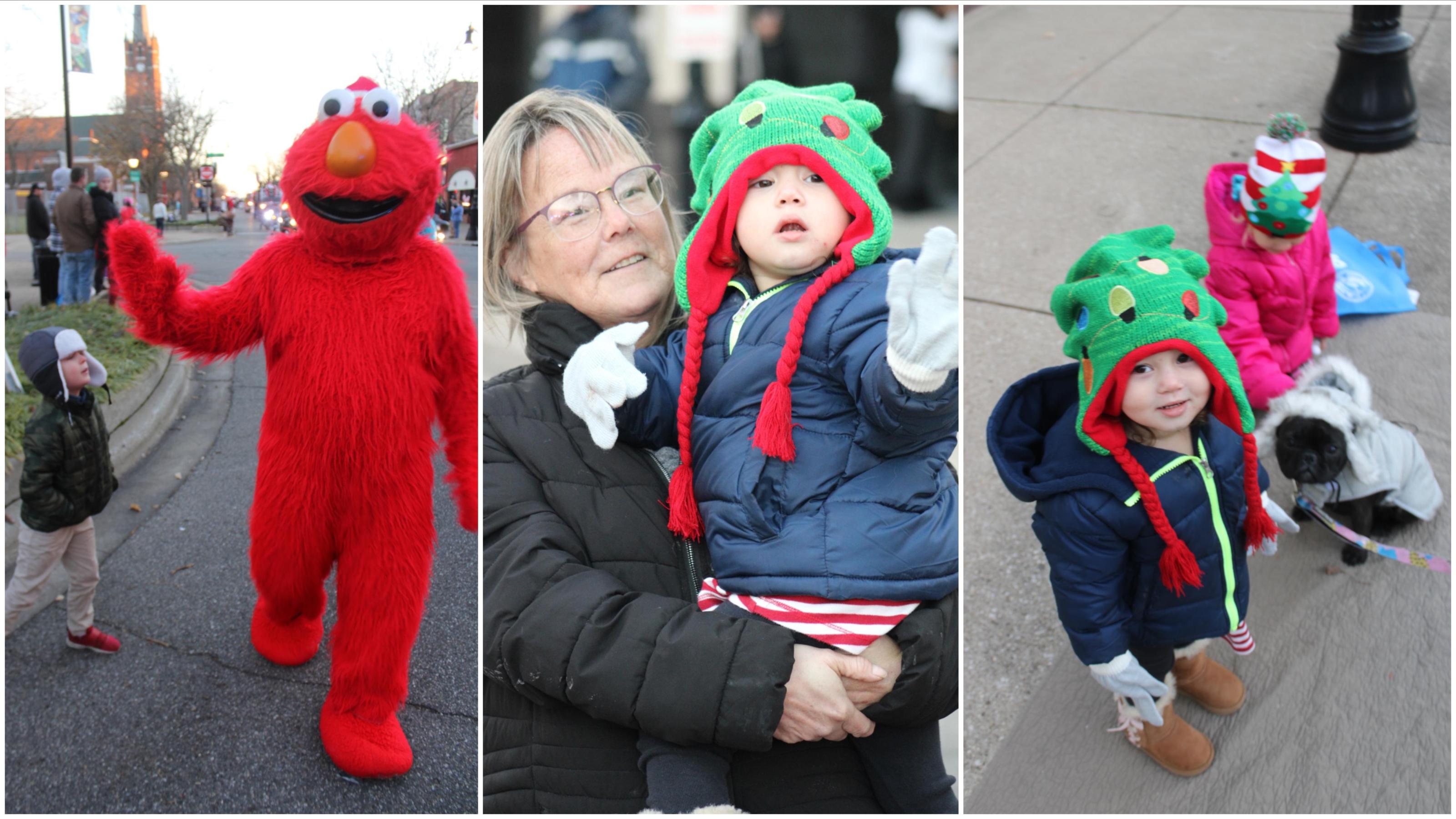