He cited many successes of his administration in areas like new construction, code enforcement, redevelopment of dilapidated properties, and downtown revitalization, which are all part of his vision of La Porte being the place to be.

He also took a moment to vow once again that La Porte will be a pothole-free community.

“Our street department filled 2,300 potholes this year, so far, and we 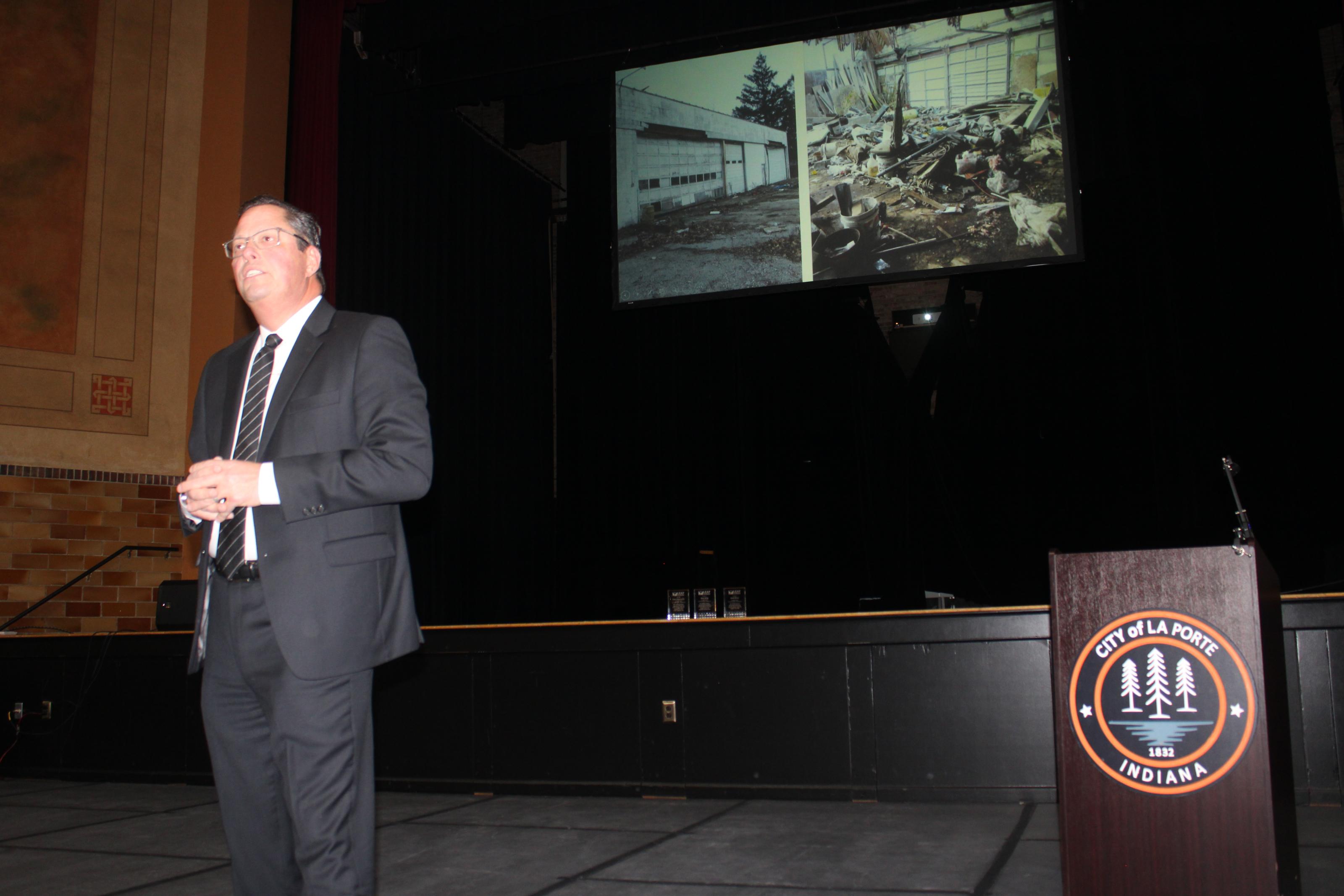 will continue to work all weather allowing every day to fill those potholes,” Dermody said.

He also mentioned as a top priority removing truck traffic from downtown to help the central business district become more walkable for shopping and a gathering place for special events.  To do that, Dermody said he fully supports a north-south corridor outside the downtown, so semi-trucks don’t have to drive through the city unless they have local deliveries.

Dermody said funding for constructing the estimated $100 million highway is being sought like never before, perhaps, at the state and federal levels of government.

“We don’t care if it’s a republican or a democrat, we’re going to work with everybody to make sure they understand our corridor is the number one priority for all of them and they need to help to invest in this,” he said.

Dermody also highlighted the construction of 200 resort-type apartments made possible by the extensive clean-up of the former Allis Chalmers manufacturing site. He gave most of the credit to previous administrations dating back more than 20-years for the redevelopment occurring there.

“To be able to turn that into something positive is amazing,” he said.

Dermody also touched upon the high standard he set for the community when he first became mayor and how that has helped turn run-down housing in multiple neighborhoods into respectable places for people to live. For example, he said the former 50 unit Monroe St. Apartments building condemned a year ago is being remodeled and will open to renters well before spring.

In attendance, La Porte County Commissioner Rich Mrozinski and other dignitaries praised the mayor for progress happening practically at lightning speed since he took office in 2020.

“I’ve never seen a mayor in La Porte do as much as Tom as done in two years. He’s a machine,” Mrozinski said.