(New Buffalo, MI) -  He made his way from New Buffalo High School to the gridiron of college football for the Michigan Wolverines as a walk-on.

He was also a teammate of superstar quarterback Tom Brady and other players later starring in the NFL. Matt Johnson even wound up with a national championship ring.

Johnson, now athletic director and head football coach at New Buffalo High School, credited his journey similar to the one depicted in the 1993 movie "Rudy" to hard work and perseverance.

He tried for about a year to learn how to try out for the team, then finally was led to an assistant coach who right away opened the door. 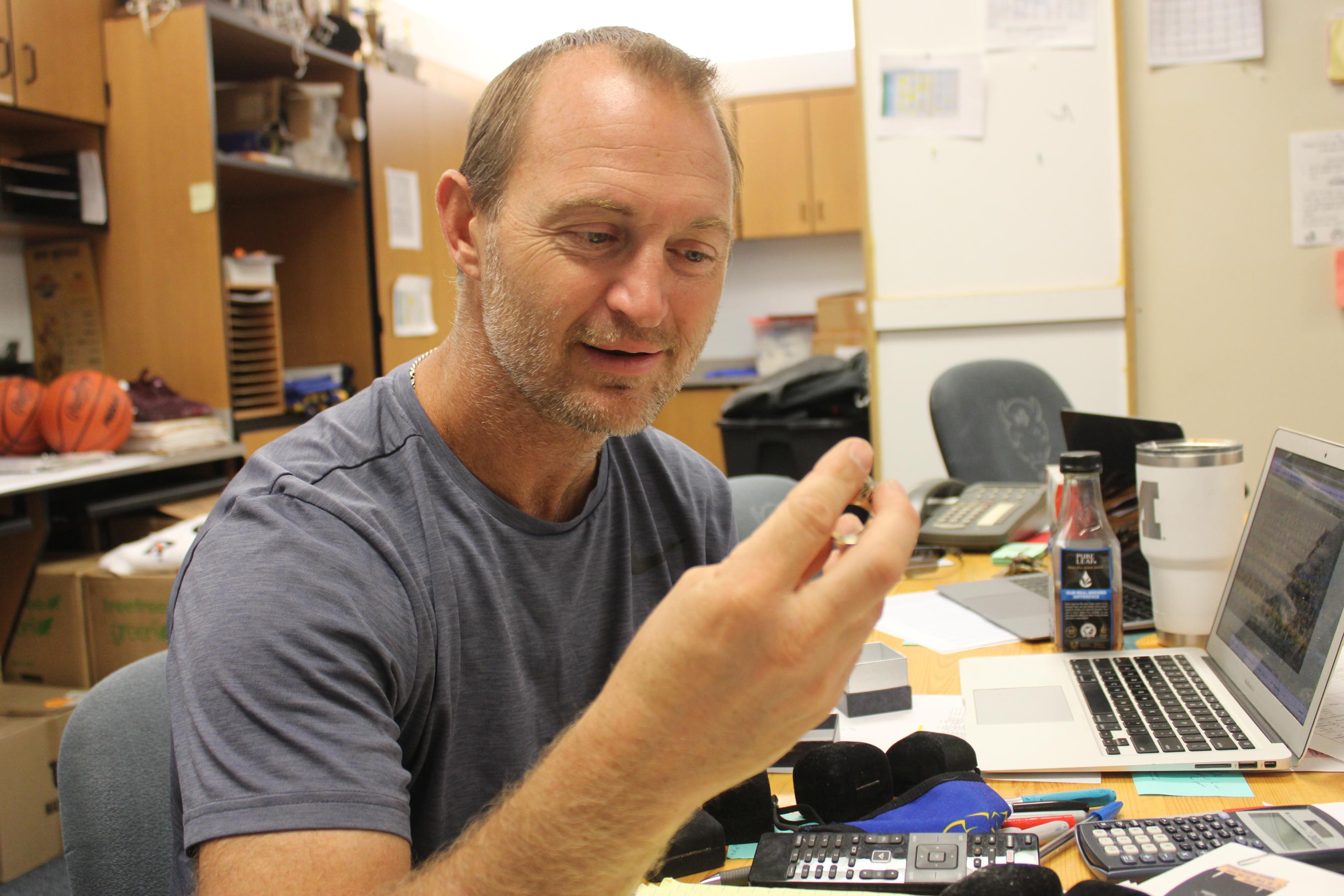 Given just 20 minutes to report for a workout with the team, Johnson said he raced back to his dormitory and grabbed his shorts and a t-shirt.

Due to a rush of adrenaline, perhaps, he made what's usually a half-hour round trip back to the practice field on time.

“I just kept calling.  I kept trying and when other guys were told no after the fourth or fifth call, I kept calling, calling and calling,” he said.

Johnson was impressive enough to make the practice squad and later, during his first season, began suiting up for games.

He took the field for the first time at the University of Hawaii just weeks before the Wolverines were declared the 1997 national champions. Johnson said he played in about a half dozen more games for the Wolverines over the next three seasons. That's more games than Rudy Ruettiger, who in the 1970s refused to give up on his dream until the hallowed gates at Notre Dame Stadium opened to him as a walk-on.

Ruettiger played just one series of downs on defense for the Irish during the last regular-season game and recorded a sack. His teammates carried him off the field.

Johnson's college football career did not end with such fanfare, but he went on to earn four state championship rings as a high school football assistant coach in Tampa, Florida. He also gets to enjoy trips down memory lane when people find out he was a Wolverine and teammate of Brady in all four of their four college football seasons.

Johnson described Brady then as very friendly and respectful but focused more on football.

“He was there to get better and do a job,” he said.

Johnson mainly was a receiver and defense back for the Bison and played quarterback during his senior year. He received interest in playing football from Valparaiso University and a few other small college football programs.

He would eventually enroll at the University of Michigan strictly for academics at his father's advice. However, Johnson's father didn't believe his son was physically capable of playing football at such a high level. In many ways, Johnson said his father was right, but he couldn't ignore his desire to play and was dedicated to doing whatever it took to make it happen, even if he didn't get into many games.

“That was my goal to be able to suit up for games and, hopefully, earn playing time.  I was fortunate to get that,” he said.

Johnson, a defensive back and member of the special teams in college, did not receive a football scholarship until his senior year. His goal was now making second string, but a broken wrist sidelined him for much of his final season.

Johnson wound up on the same field with Brady again during the 20th anniversary of the 1997 national championship. Since their college days, he hadn't talked to Brady and didn't go up to him during the celebration.

Johnson said he's not sure if Brady would recognize him because of his limited role with the Wolverines and everything the superstar quarterback has accomplished ever since, including a record seven Super Bowl rings.

“There were people all over Tom that whole day so I kept my distance. I interacted with the guys that I spent the most time with at Michigan and kind of caught up with some of those guys,” he said.

Occasionally, Johnson said he tells his Cinderella story to his players to let them know where hard work and determination can take them.

“The thing I’m most proud of is to be able to come from a small school the size of New Buffalo and play not only Division I football but to be on a team that won a national championship. And to do it as a walk-on, that’s just not a normal experience,” he said.