(La Porte, IN) - About a dozen people this morning turned out to protest the school mask mandate in La Porte. They gathered outside the school administration building at the former Boston Middle School.

Robyn Alberico, who has two-grade school children in the system, said the school year began with parents having the option to choose whether their children wear masks inside school buildings. She said parents did not have a say when the switch was made to the mandate.

“We didn’t have any warning this was going to happen,” Alberico said. 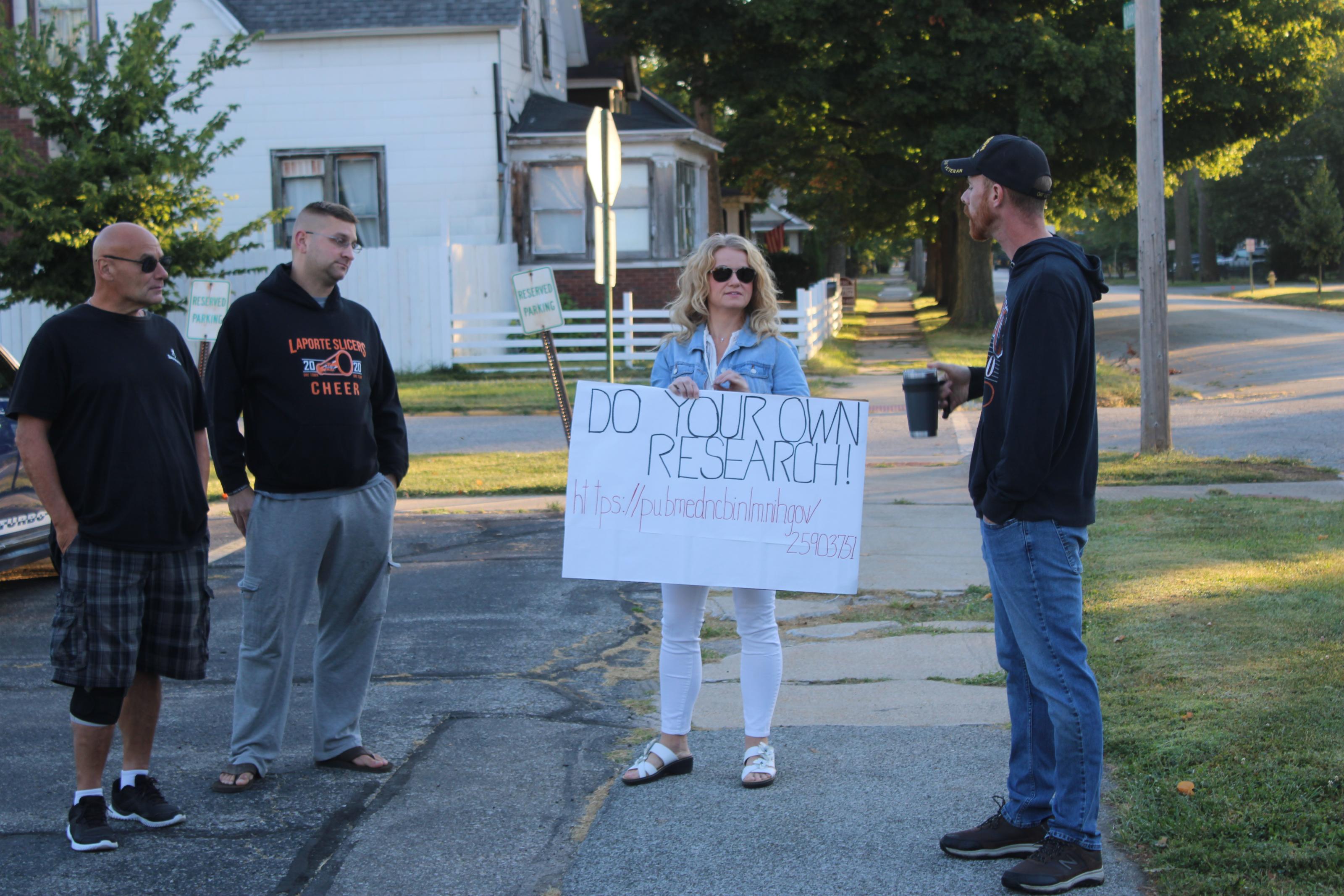 Alberico also said she feels the mandate will not help reduce COVID-19 cases. She said students could remove the masks during recess and after coming home then become contagious before returning to their schools.

Superintendent Mark Francesconi said the decision by the school board Monday was about safety and keeping as many kids in school as possible.

Under a recent order from the governor, he said students without a mask who had contact or close contact with an infected individual have to temporarily go home and learn virtually. However, he noted that students wearing masks near an infected person could remain in school unless they show symptoms.

School Board member Jim Arnold said he sees no reason to lift the mandate right now. Instead, Arnold said the order should be given time to determine if it’s working to keep more kids in school and, if not, then he would be open to lifting it.