(Westville, IN) - The clock is ticking on what’s been a symbol of Westville for generations.

A contract for $28,600 has been approved for tearing down the old water tower at 104 West Main Street. The steel water tower and tank were erected in 1930 by the Chicago Bridge and Iron Company, according to LandmarkHunter.com. The decision by the town council was unanimous even though many residents would like the water tower to stay.

“If there’s any way to keep it, we should keep it,” said Ron Stallings, a former member of the town council and Commander of the Westville American Legion Post 21.

Officials said that the cost of repainting the tank and tower and upgrading the steel was estimated at more than $300,000.

Councilman Mike Albert said he understands the well over the 100-foot high tower in the heart of the town means something to people here. He also feels the tank, which can be seen for miles, adds character to the town.

However, Albert said he couldn’t justify the current high cost and future expense of upkeep since the tower is no longer used.

Water is now stored inside a much larger tank installed when the water treatment plant was put in about 20-years ago on the north end of the town of about 5,000 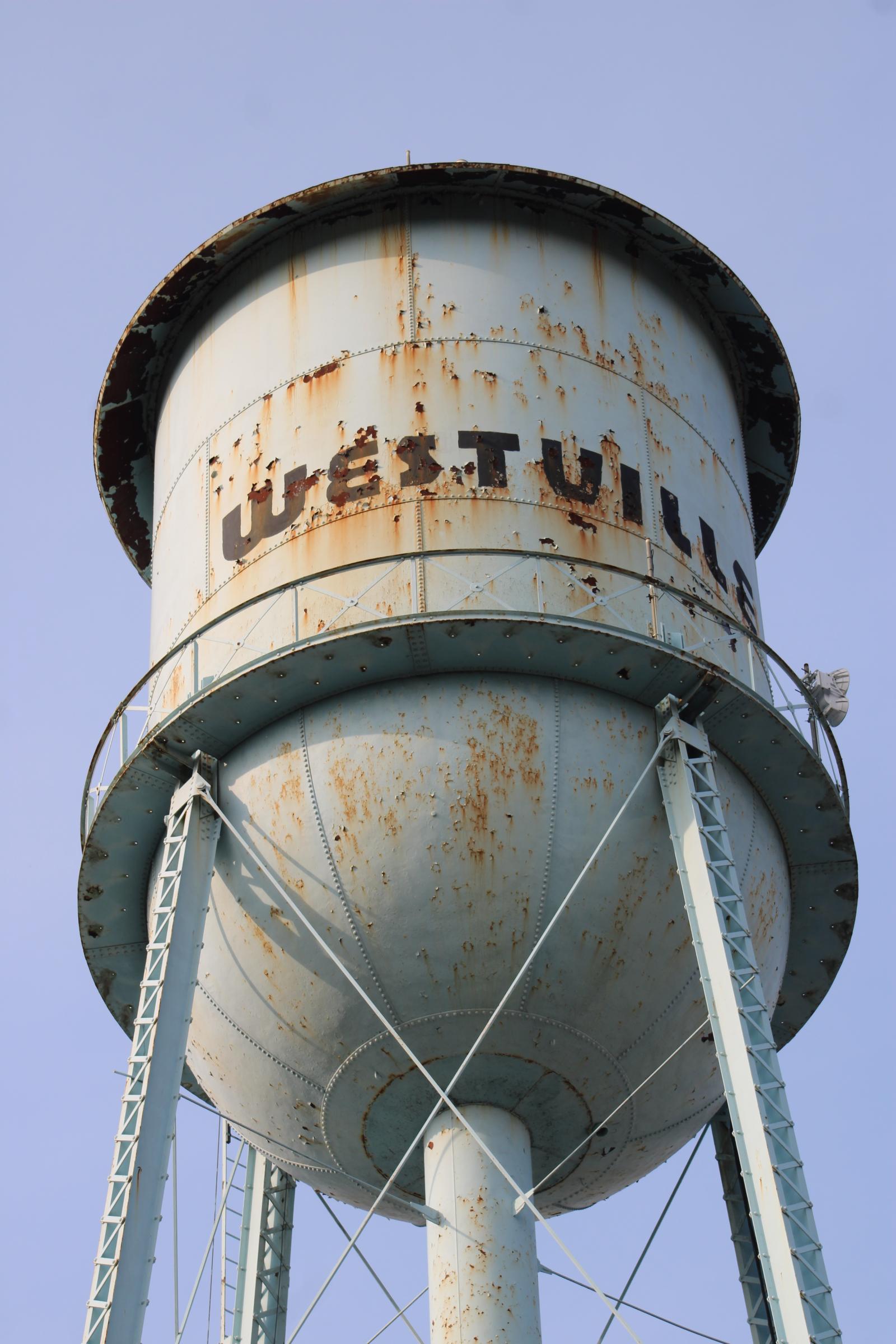 Stallings said images of the iconic water tower are used to promote the town along with community events. He believes it’s often the first thing people see while entering and leaving the community.

Stallings would agree with the council’s decision if there were no other way to reduce or spread the cost of the maintenance work over a several-year period. However, Stallings suggests holding off on the demolition until making sure all cost-friendly options have been explored.

Albert said an increase in water rates would be a way to generate funds to pay for future maintenance of the tower. However, he doubts if a rate increase is something most residents would support.

“There’s been some grumbling. If they want to come up with the monies to pay for it we’d be happy to consider their offers,” Albert said.

Currently, demolition is expected to begin in about six weeks.