(Michigan City, IN) - They were like the stars on the popular TV show American Pickers years before the junk-turned-into-treasure program hit the screens. But, as time goes and business fades, Kathy Kniola and her Dozens of Deals store on U.S. 20 near Johnson Road in Michigan City are going out of business.

Kniola said she has no other choice since her husband and partner in the landmark family-run operation, Stan, passed away in November.

“I hate to leave. I got a lot of good customers. They’re not happy about it either but it is what it is,” Kniola said.

Everything from used tools, bicycles, home furnishings, children’s toys, golf clubs, lawnmowers, along with washers and dryers, were purchased from estate sales and storage warehouses. Hand-me-down merchandise as simple as a metal bucket also came from garage sales and individuals cleaning houses.

Kniola said the items were returned and repaired or cleaned up, if necessary, before being given a price tag. A fresh coat of paint was often all it took to catch a customer’s eye. Other things like fresh farm eggs and live fishing bait were also found at the store.

Kniola said the biggest seller over the years was new containers of chlorine kept in stock for swimming pools. She said the death of her 64-year old husband forced her decision to shut the doors. 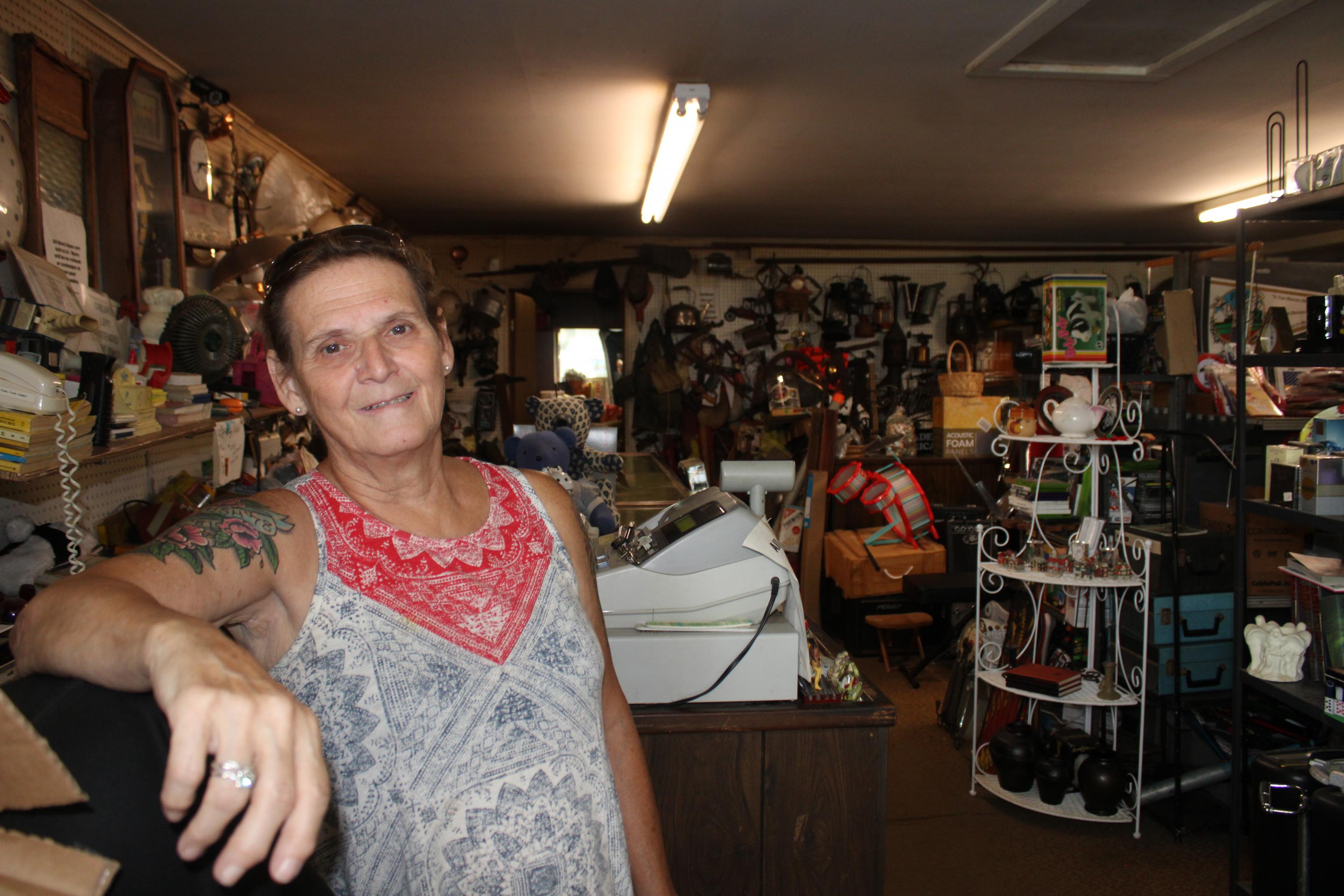 “It hurts. It really hurts,” she says sadly.

All of the merchandise has to be out of the store by the end of the year. To make that happen, all items are being organized and marked down in price for a going out of business sale in late September and early October. After that, an auction is planned for what’s left.

Occasionally, Kniola and her husband came across odd things while looking for treasure in other peoples’ junk. The most unusual and unexpected find, perhaps, were three safes containing foreign coins. The safes were among the contents of a storage unit they purchased without knowing what was inside.

“It was worth some money that we were able to sell online.  You don’t come across stuff like that very often,” she said.

The couple practically raised their children at the store, and later visits came from grandchildren. Her extended family is customers drawn by her friendly, down-home personality calling her “mom” or “grandma.”

Kniola is not sure what her future holds but is still healthy, and with plenty of energy, she still plans to seek employment.

“I just want to thank all of my customers for being here and being faithful to us. Without them, I wouldn’t be here and what I am today,” she said.