The object of the latest battle is the aging Franklin Street Drawbridge in Michigan City. Two Commissioners, at the recommendation of county attorney Shaw Friedman, want to award a maintenance contract without taking competing bids, believing that this contract falls under Indiana's Special Purchases statute that allows a county to expedite a repair process.

In the spirit of the pen being mightier than the sword, Stabosz and Friedman both issued dueling press releases yesterday. 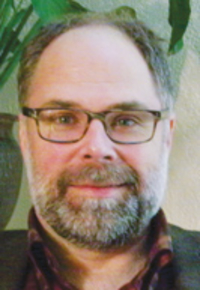 Stabosz says he is trying to follow the letter of the law. He claims the State Board of Accounts advised him that competing bids must be sought for the bridge job. Stabosz also questions the possible ulterior motives of certain Commissioners to award jobs to certain companies.

Friedman, however, contends that the law makes exceptions for cases like the Franklin Street Bridge, which require special expertise and parts. Some members of the County Council, like Earl Cunningham, believed it was still best to move forward with the process and repairs with Marquiss Electric. Still, because Stabosz went to the Board of Accounts, Friedman thinks the County may have no choice but to open up bidding, resulting in the potential of costs many times the original quote.