(La Porte, IN) - The first Lakefest in LaPorte backed by strong turnout over the weekend could become an annual tradition.

Attendance for three days of activities such as live concerts and jet-ski racing was not immediately known, but Mayor Tom Dermody and others involved in organizing the event were pleased with the crowds. Turnout was estimated well into the thousands.

Dermody vowed a return of Lakefest for 2022 and more than likely beyond. He said, “I think you’ll see this develop into the place to be for people throughout northern Indiana." There were activities at Pine, Stone, and Clear lakes along with the downtown. Food and beverage vendors were at each location.

Perhaps, the biggest draw out of all the activities was a downtown street dance Friday night at State and Monroe Streets. The streets north of Lincolnway were closed for three hours while the Middle of the Road Band played on a stage in the intersection.

“That [concert] had an unbelievable attendance,” Dermody said.

Turnout was also heavy Saturday night for a fireworks show over Clear Lake, then a concert by LaPorte native and professional musician Rich Hardesty at Fox Park beside the lake. 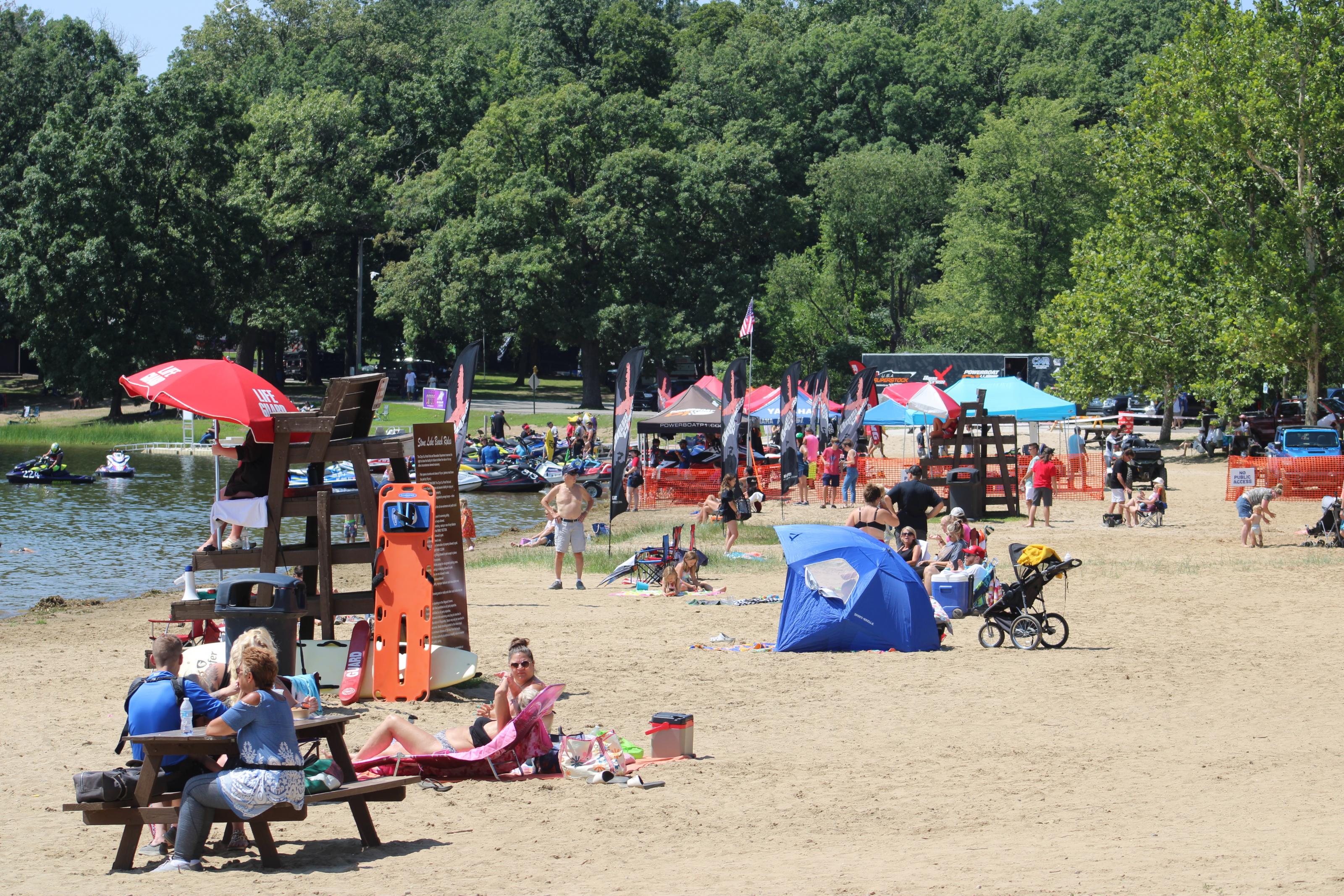 Originally, the inaugural Lakefest was planned last year but had to be canceled because of the pandemic. Dermody said the idea came from discussions he had with his wife about an event to showcase the lakes and parks in the city.

“It was exactly what we thought it would be, and we’re just excited,” he said.

Many children also turned out to play in the massive amount of bubbles churned out by a foam machine at Unity Park beside Pine Lake.

Hundreds of spectators Saturday and Sunday were also at Stone Lake Beach for jet-ski racing. The racers are from the AquaX series, which signed a contract with the LaPorte County Convention and Visitors Bureau to compete at Stone Lake this year.  The sanctioning body out of Florida also hosts races in Europe and Asia.

LCCVB Executive Director Jack Arnett said talks are already underway to bring AquaX racing back to Lakefest for several more years. Arnett believes the events and the crowds in attendance will continue to grow.

LaPorte area resident Maddie Mack said the jet-ski racing was exciting enough for her to want to give the sport a try. Mack commented, “I definitely think this is something I want to do. It looks fun."