(Michigan City, IN) - A dedication was held Thursday for part of the old Franciscan Health hospital in Michigan City that will be put back to medical use.

About two-thirds of the former hospital at 301 West Homer Street is currently being demolished.

The over 100,000 square feet of remaining space will be used by Franciscan Health for prenatal care, inpatient behavioral health, and adult medical daycare. According to hospital officials, the cost of demolition scheduled to be completed in December and repurposing what is left of the facility is $20 million.

“This is going to be a nice, vibrant, beautiful hospital.  Smaller but beautiful and doing a great job,” said Sister Jane Marie Klein, Chairman of the Board of Franciscan Alliance. 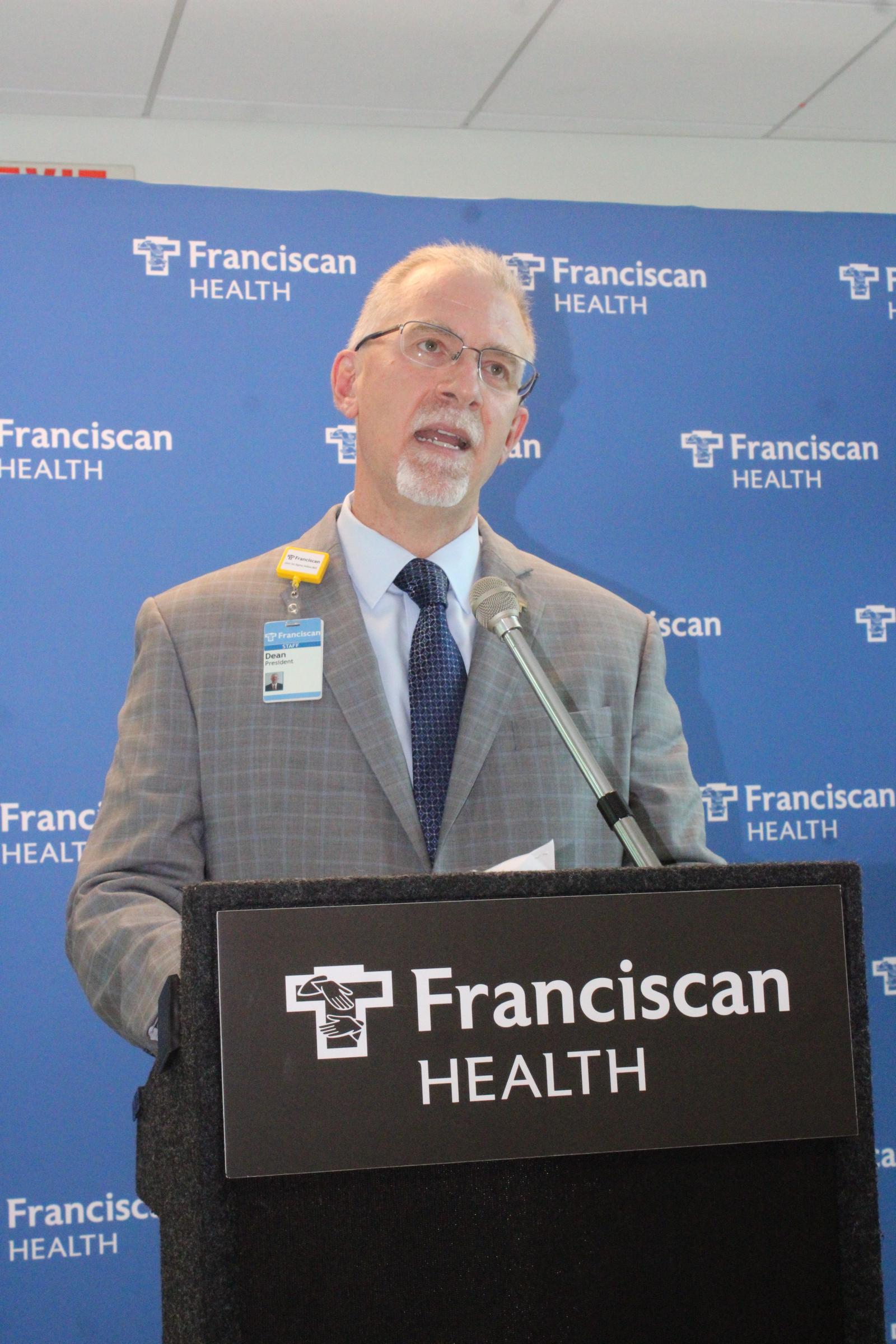 Dean Mazzoni, President of Franciscan Health in Michigan City, said the 14-bed inpatient Behavioral Medicine Unit would be open later this summer. A Program for the All-Inclusive Care (PACE) for the Elderly will open in the fall, then soon after that, the Prenatal Care Unit will begin operating.

Mazzoni said that the need for those services was the determining factor in deciding to use the old hospital abandoned in January of 2019 when Franciscan Health opened a new hospital outside Michigan City along Interstate 94. In addition, the Behavioral Health Unit (BHU) will be for individuals who need a higher level of psychological care in areas like depression than what can be provided as an outpatient. The BHU used to be at the former hospital then moved to the new facility.

Mazzoni said the mental health facility is moving back to create room at the new hospital for adding a medical-surgical unit.

PACE will be for 55 and over who need care during the day while a loved one taking care of them at home is typically at work. Those patients will be given the care and medicine they need by trained professionals while being in a social setting before returning home in the evening. Franciscan Health has two other PACE facilities in Indianapolis and Lafayette but had none in this area.

“It’s a higher level of care, but it still keeps people at home in their communities and able to stay out of a nursing home a little longer,” he said.

Dr. Vidya Kora, a member of the Northern Indiana Regional Board for Franciscan Health, said the prenatal care unit would offer expanded services than what’s currently provided. Expectant mothers at high risk of a “bad outcome” will be targeted and given the care needed to elevate their chances of giving birth to a healthy baby. Pregnant women qualifying financially will also be enrolled in Medicaid, he said.

Kora stated the program is especially needed in LaPorte County, which ranks near the bottom in the state for infant mortality and low birth weight babies. “I think it’ll be good for our community,” he said.

Forty to sixty new jobs are expected to be created from putting a portion of the facility back to use, officials said. The site was a provider of medical care since 1904.