(New Buffalo, MI) - Starbucks has opened in downtown New Buffalo and already seems to be a major driver of traffic on Whittaker Street.

The owner of the local coffee shop in the Starbuck chain is Marc Danesi.  Danesi is the longtime proprietor of another major downtown New Buffalo attraction, the Stray Dog Bar & Grill.  He described the flow of customers since opening Wednesday, June 23, as “unbelievable.  Overwhelming.”

Starbucks is inside the former home of The Clipper Ship Gallery.  Danesi said he had been negotiating with Starbucks about opening a location in New Buffalo for eight years.  “We just thought coffee was a good fit for here. So far, we’re on the right path,” he said.

He purchased and repurposed the two-story building that is now home to Starbucks.  The rest of the structure will contain two other soon-to-be-announced retailers along with apartments on the second floor once the ongoing renovation is completed.

A lot of people coming to New Buffalo on a regular basis from out of town were shocked and excited to discover a Starbucks downtown, which is made up primarily of independently owned retailers.  “I was so surprised.  New Buffalo is like such a small town and Starbucks is a big corporation,” said Claire Bettag,18.

Bettag, who was visiting with her family from St. Charles, Illinois, ordered a strawberry flavored, non-coffee beverage then had a seat at one of the indoor tables.  “I think this is one of the nicest Starbucks I’ve been to,” she said.

Some downtown business owners are upset about Starbucks judging by social media posts.  They fear established businesses offering coffee will suffer from losing customers to Starbucks and it opens the door to more chain establishments coming and competing with other existing businesses.

Danesi believes Starbucks will become an anchor store bringing more people into downtown for all business owners to share.  He also pointed out he and his 30 employees reside locally and a few chains like Subway and Coldwell Banker already exist downtown. 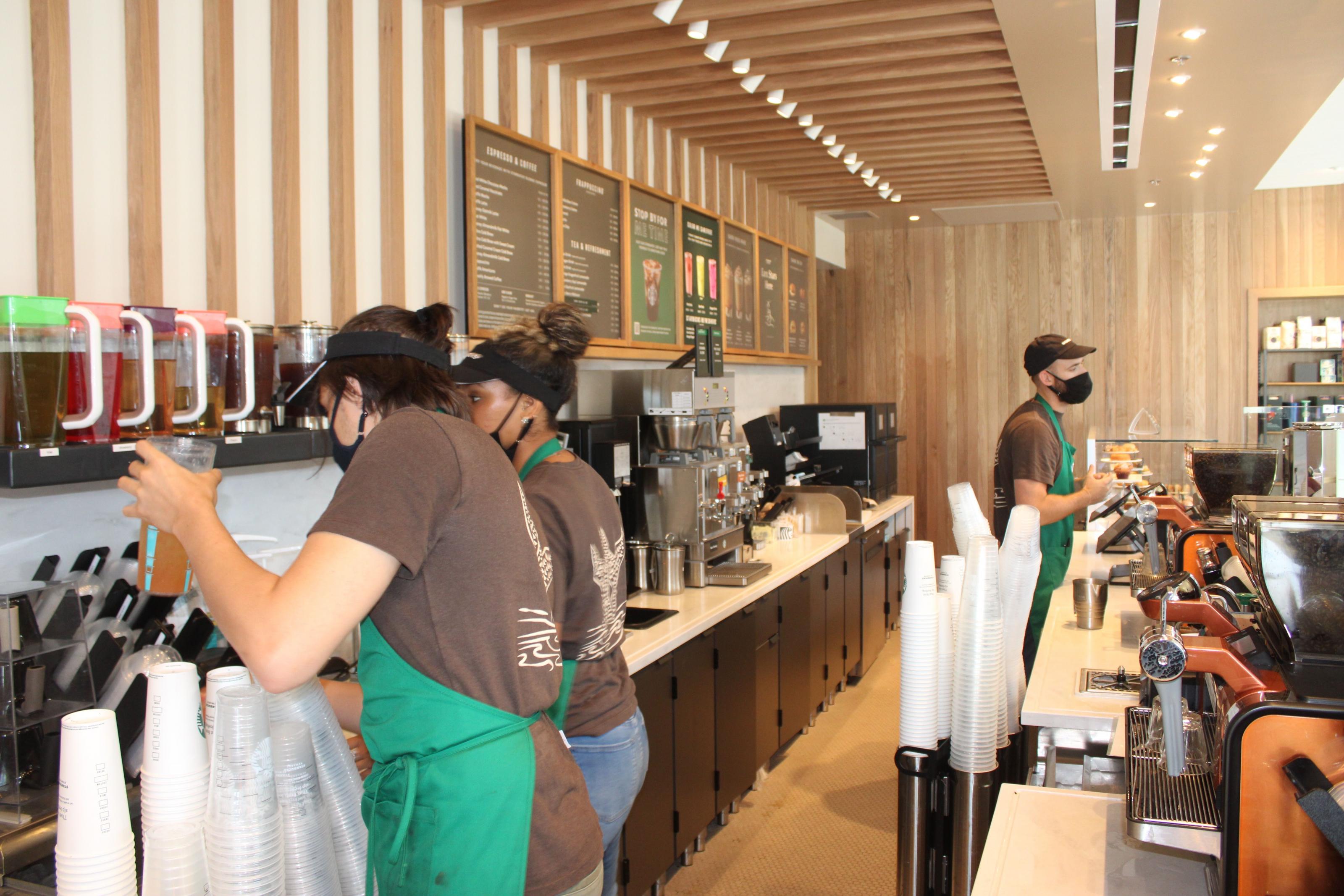 days a week.  Danesi said business hours could expand at some point in the future and the Starbucks is in a strategic area in the center of downtown with heavy foot traffic to bring more activity to the central business district.

Starbucks also has an app informing travelers of the nearest location.   “If they come to New Buffalo for the first time then maybe they come back again.  Maybe they stay for dinner. Maybe they go to a local shop and by some clothing or grab a souvenir. All of that. Just trying to grow and create a buzz for the downtown,” he said