(La Porte, IN) - An outdoor event drawing an estimated two thousand people to downtown La Porte wasn’t just about the automobiles and live music from days gone by.

The 50’s Cruise In was a time to celebrate being physically together again without masks.  “It’s just nice seeing people walking around with a smile on their face.  It seems like it’s been forever,” said State Representative Jim Pressel of Rolling Prairie.

Sarah Zaiko made the drive from Portage with her teenage children, 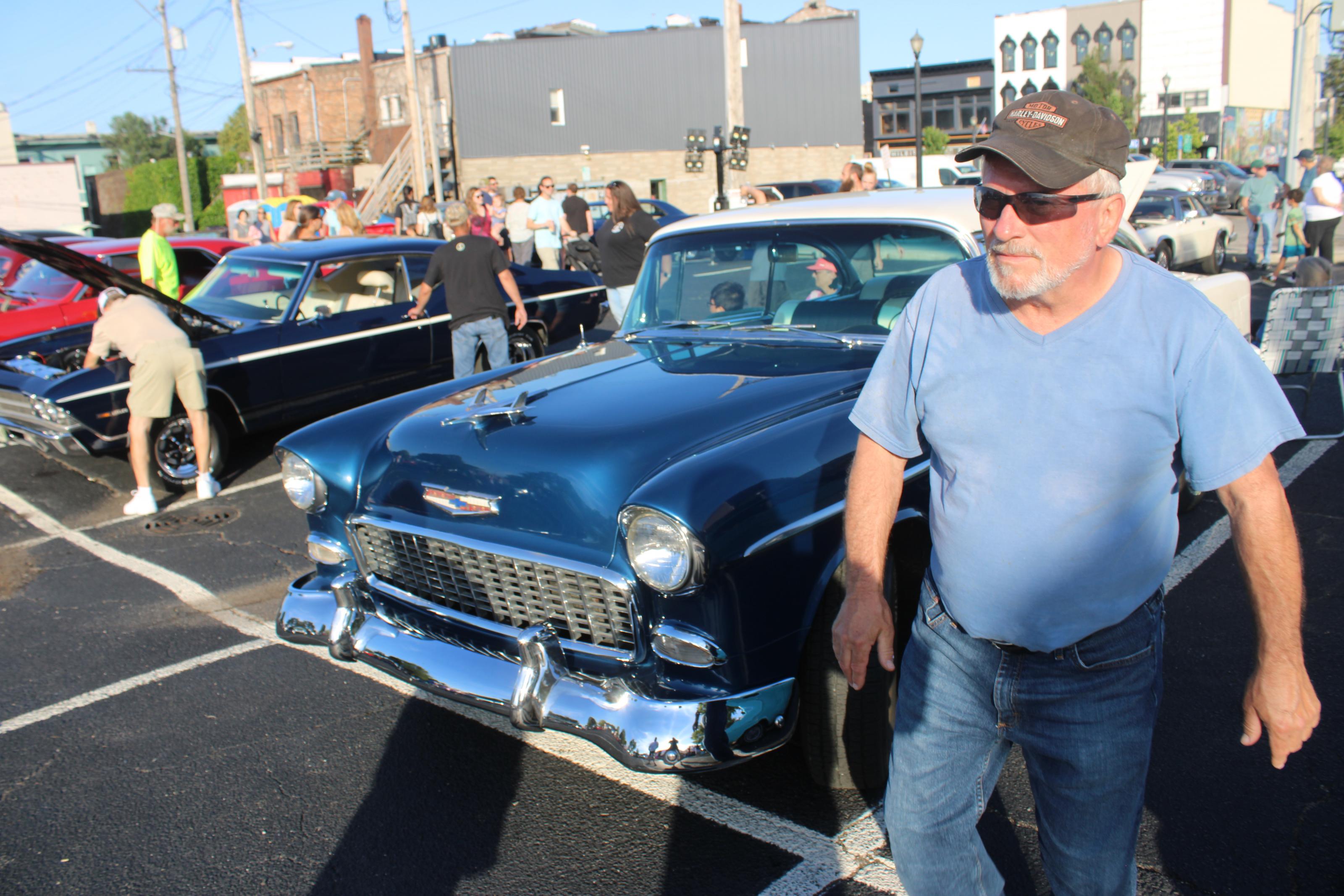 Brianne and Alex, and their friends, Veronica and Michael Malloy.  They were dressed in 1950’s style clothing and moved to the beat of 50’s and 60’s rock & roll performed by Spike and The Spitwads.  The band stage along with the dancefloor was in the intersection of State and Monroe streets closed for the Friday night gathering.  “The live music is awesome.  Wonderful.  It’s so much fun out here,” said Zaiko, a special education teacher at Westville Elementary School.

The owners of more than 50 antique vehicles parked their 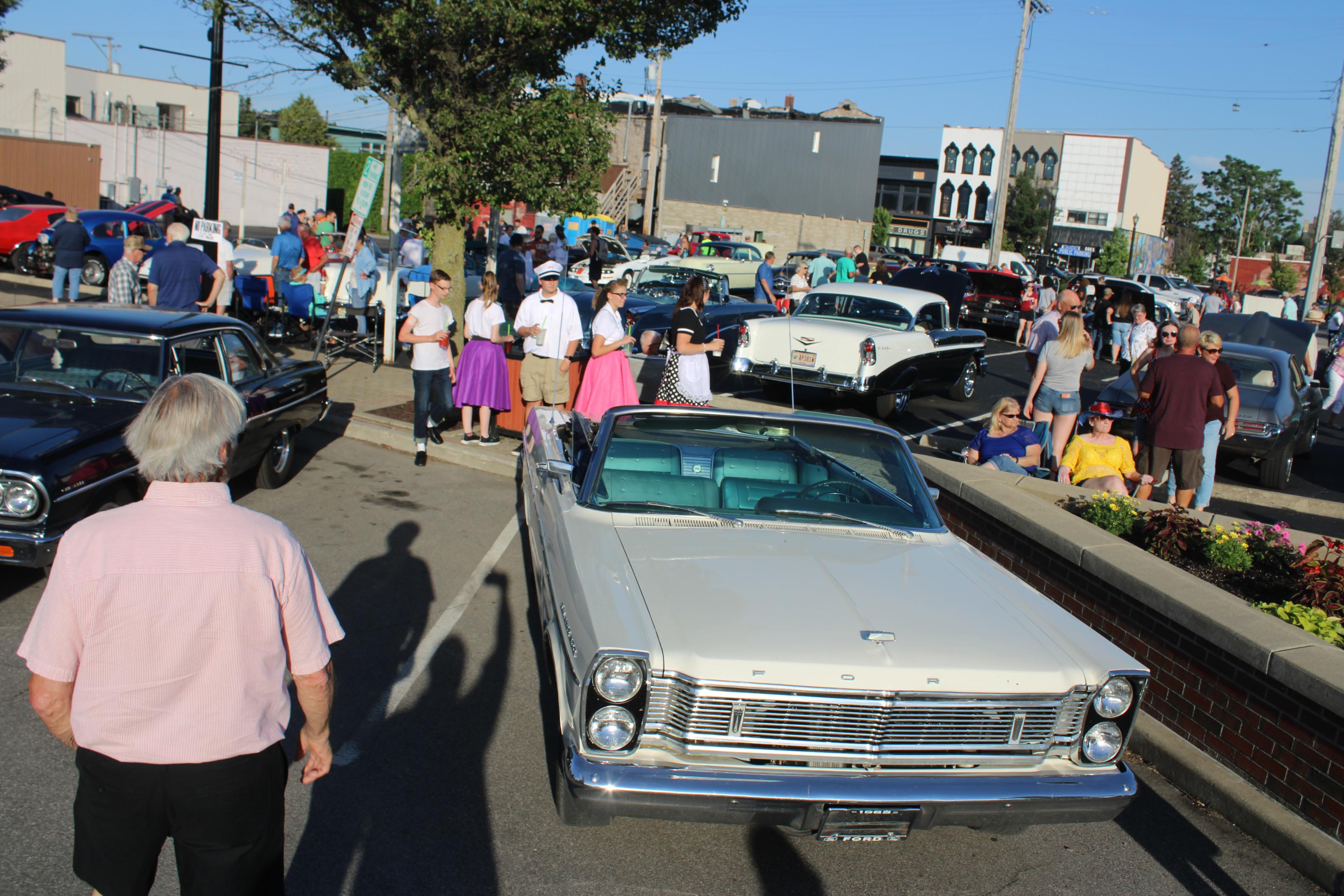 automobiles beside each other for the stream of people strolling in on foot to see.  There was also craft beer from Burn ‘Em Brewing along with wine and food from other vendors to purchase.

Richard Parrette of La Porte pulled in behind the wheel of his shiny, baby blue 1956 Lincoln Premiere 2 door hard top.  Parrette said the vehicle was in great shape when he bought it seven-years ago from a retired physician but he gave the paint job a slight touch up.  He also had a new engine, transmission and other parts like shocks put on it along with a set of new tires.  “She’ll cruise the highway at 65 miles per hour with no problem. No problem,” he said.

No longer restricted by mask mandates and social distancing, 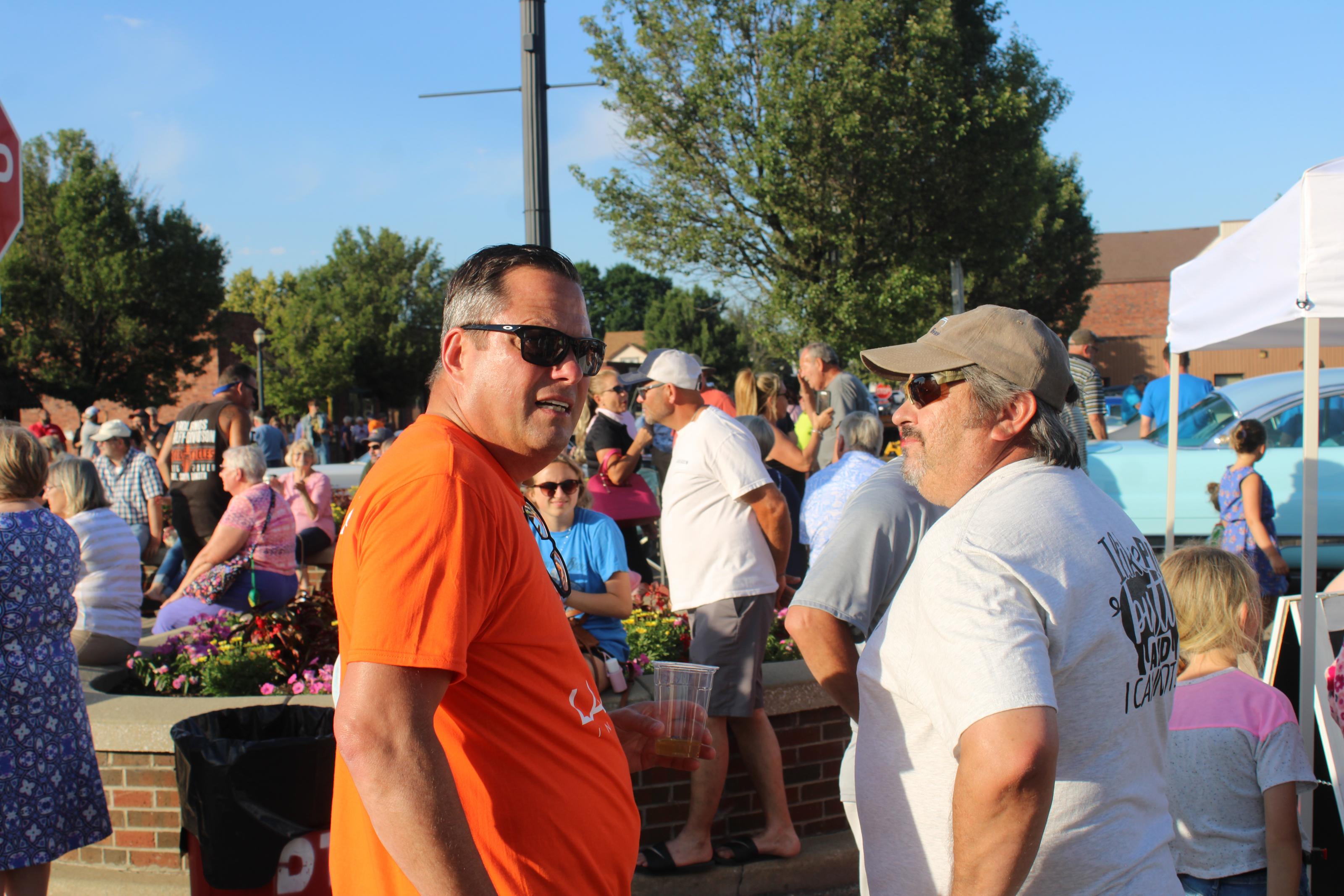 people seemed to relish greeting others with a handshake and engaging in some extended chit chatting or dancing.  “We spent a whole year inside due to COVID so it just feels really good to be outside and getting back to normal,” said Katie Dermody, Community Relations Manager for the La Porte County Convention and Visitors Bureau.

The first ever 50’s Friday Night Cruise In was put on by the city to welcome life getting back to normal.  It also served as a kick-off to other upcoming summer activities such as the inaugural Lakefest in La Porte on July 30 to August 1 and the annual Great Lakes Grand Prix in Michigan City scheduled August 4-8.  The Great Lakes Grand Prix featuring powerboats racing at well over 100 miles per hour and other summer events were cancelled last year because of coronavirus.