(La Porte, IN) - The LGBTQ community in La Porte seems to be having more success in its bid for acceptance here.

Recently, the city put a Pride flag inside a display case inside City Hall after 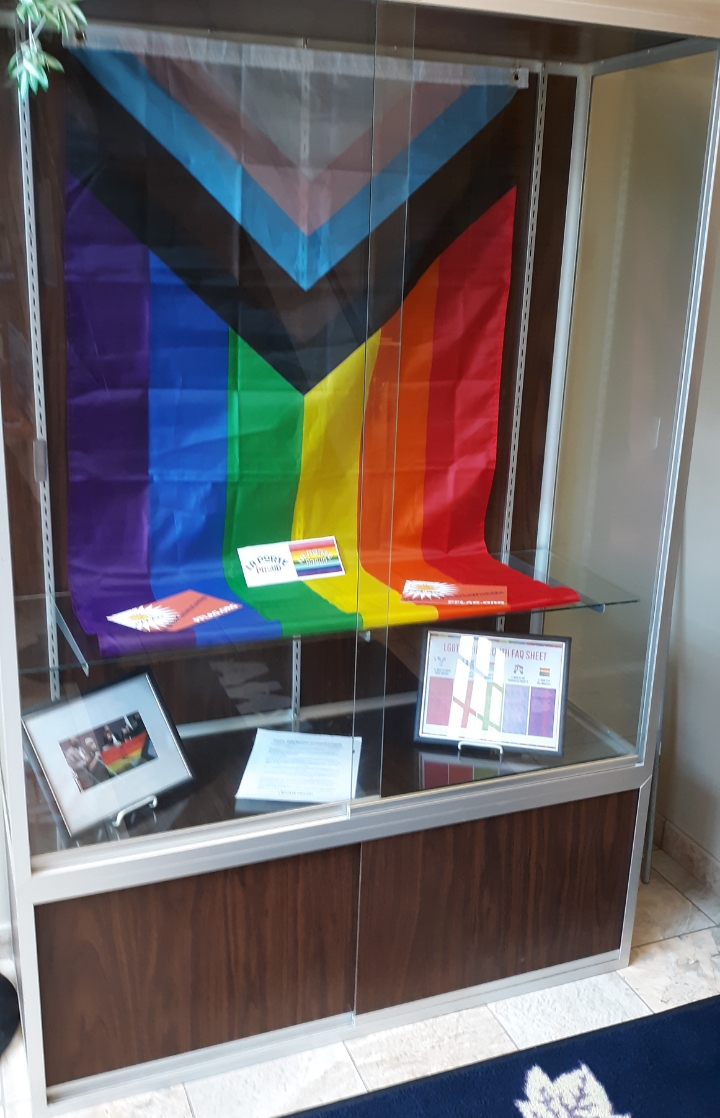 presented the flag to recognize June as Pride month.  Now, an educational question and answer posting about the LGBTQ community is on the city’s Facebook page.

City Councilman Tim Franke says there are still naysayers out there but the LGBTQ community is pressing on.  “It’s not all been positive but the vast majority of people are positive and are accepting.  I think you’re never going to have total acceptance and that’s okay.  If we can help increase people’s acceptance and views of accepting other people that may not look like them but still contribute to society and are valuable members of the community then it’s a win,” he said.

The LGBTQ community recently had a presence at the farmers market and plans to be at other events like the Sunflower Fair in the fall.  Last year, the city also created the Inclusion and Diversity Committee which meets monthly at city hall.