(La Porte County, IN) - Fire destroyed a barn full of hay at a dairy farm outside La Porte Wednesday morning.

Volunteer firefighters from Scipio Township and other agencies 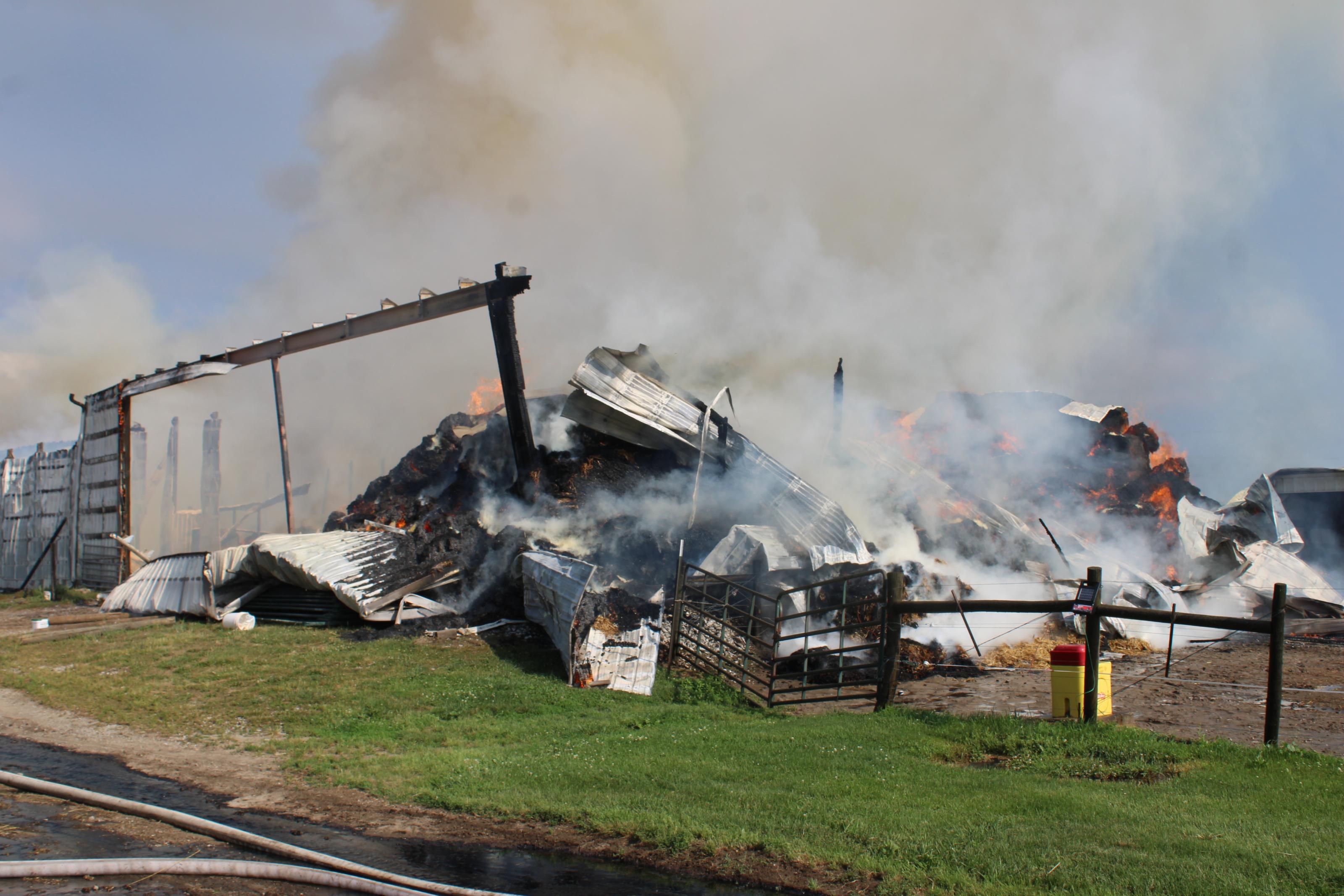 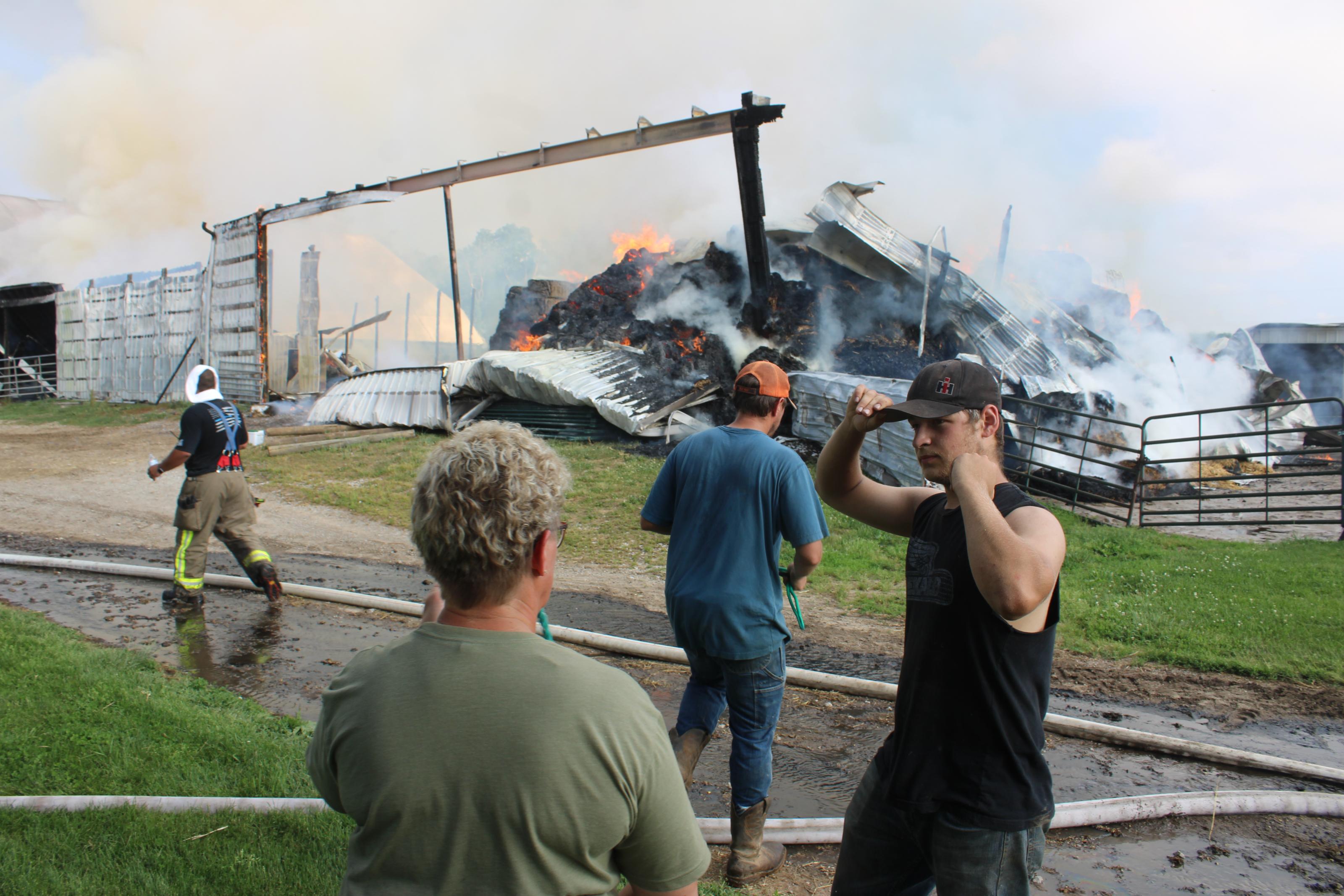 do.  “The whole roof had collapsed already by the time we got here,” McGuire said.

McGuire said the owners and their workers removed an unknown amount of animals away from the barn and two nearby outbuildings to safety.  He did not know if any animals perished.  “We don’t have any animal fatalities as of right now,” 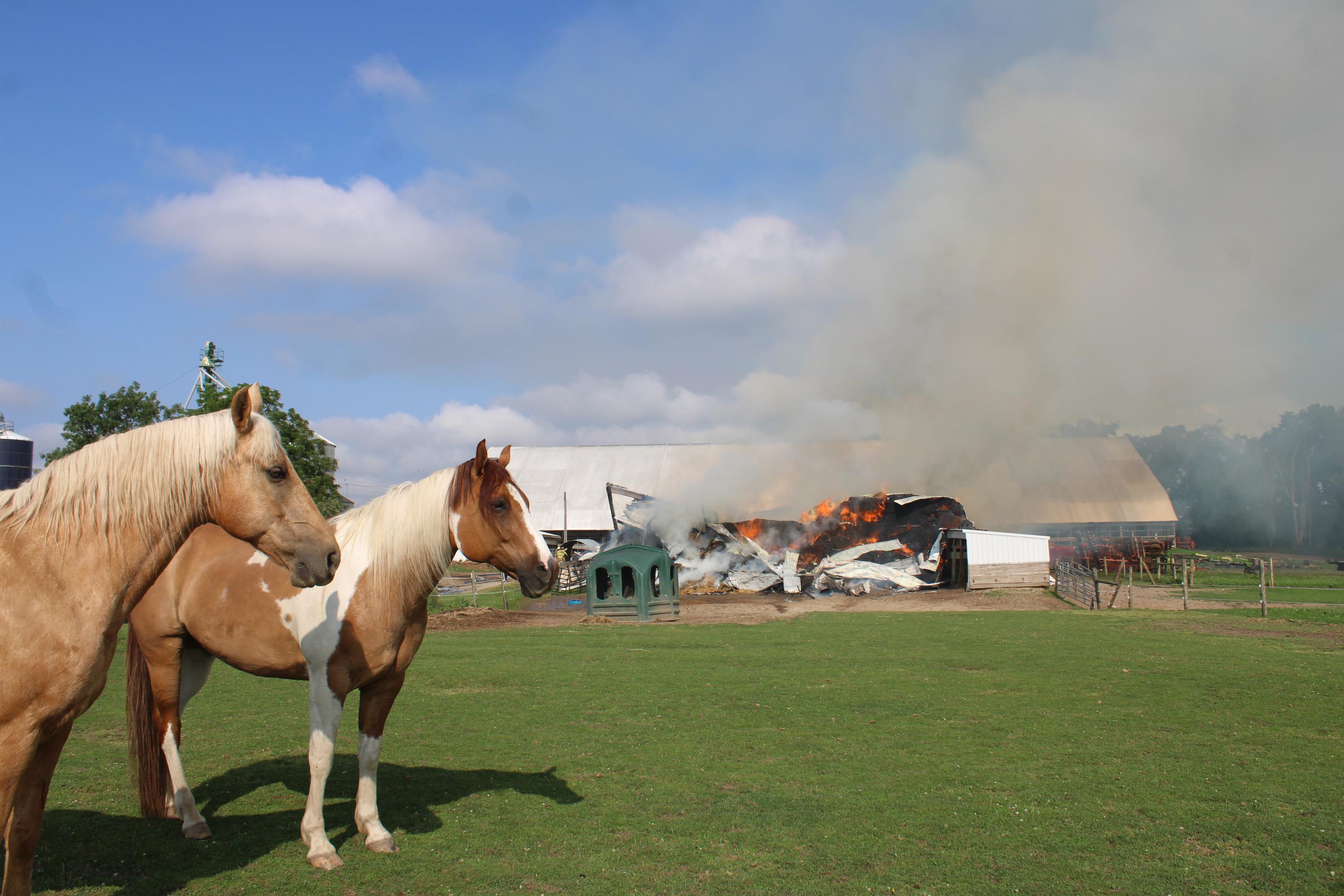 Valerie Minich is one of the owners of the farm.  She helped move a couple of horses out of a pasture a few hundred feet from the burning structure to the backyard of the nearby farmhouse.  Minich broke down when she started to discuss the fire then declined further comment.

McGuire said it was too early to know the cause of the fire with the investigation in the very early stages.  “There’s no telling at this point,” he said.